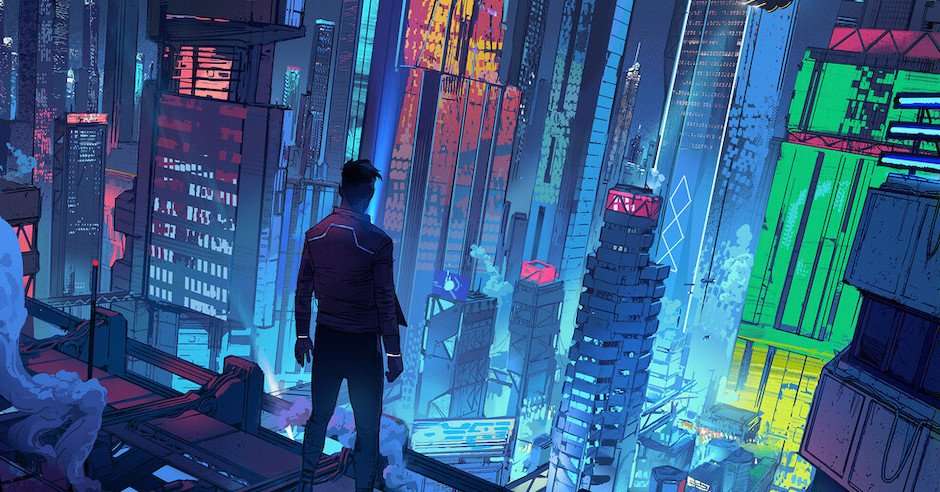 Cyberpunk City: The Machine Killer by D.L. Young is an indie cyberpunk adventure novel taking place in the City. The City is a megapolis arcology that is built on the remains of New York and is a combination of every cyberpunk dystopia ever made. It has a little Blade Runner, a little Neuromancer, and a little Snow Crash for good measure. It’s part of an episodic series about a hacker named Blackburn Maddox and his adventures in virtual space. Maddox is a datajack, a hacker, and just wants to make a buck but events keep conspiring to keep him neck deep in conspiracies. 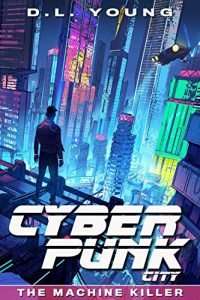 Maddox begins his adventure, ironically, retired from datajacking. Having secured himself a cushy job as a cyber-security expert, he is mostly content with his steady paycheck even if his bosses are a bunch of psychopaths. Unfortunately, his newfound security comes with a price as he discovers the only reason you hire a criminal is you want to do a crime in the future. Blackmailed into doing a “information retrieval”, he is given a heist crew and told to come back with the information or lose everything.

I really liked this classic cyberpunk set up as the heist is only the beginning of Maddox’s adventure. He becomes acquainted with a beautiful cyborg bodyguard named Beatrice, a scummy black marketeer named Lorenzo, and a wannabe datajack teenager named Tommy. They are an odd group for a theft but manage to work it out. Unfortunately, as anyone familiar with cyberpunk should know, getting the goods is the easy part. What follows is a fascinating story of double crosses, conspiracies, AI, and manipulation that culminates in an epic showdown.

I like the protagonists in Maddox and Beatrice. Both of them are a little nicer than your typical cyberpunk antiheroes with Maddox wanting to go legit and Beatrice being less corporate samurai than dedicated professional. Ironically, it’s Tommy AKA The Kid who is the absolute worst of the group and it’s hilarious how little he cares about collateral damage or shooting his way out. I was also fascinated by the concept of Marionettes–i.e. people who entrust the entirety of their lives to be run by AI in lieu of making their own decisions.

The book is a bit on the short side at 260 pages but not exceptionally so. I enjoyed it from beginning to end and while it has a happier ending than most cyberpunk books, its bittersweet enough that I felt it worked well. I also appreciated that it didn’t go over-the-top with its technology so you understood the rules of what was or was not possible within the setting. The action was decently written too with Maddox not being an action hero but Beatrice able to handle most of what came after them.

I got this book on Kindle Unlimited but it’s worth the cost at 3.99 too.