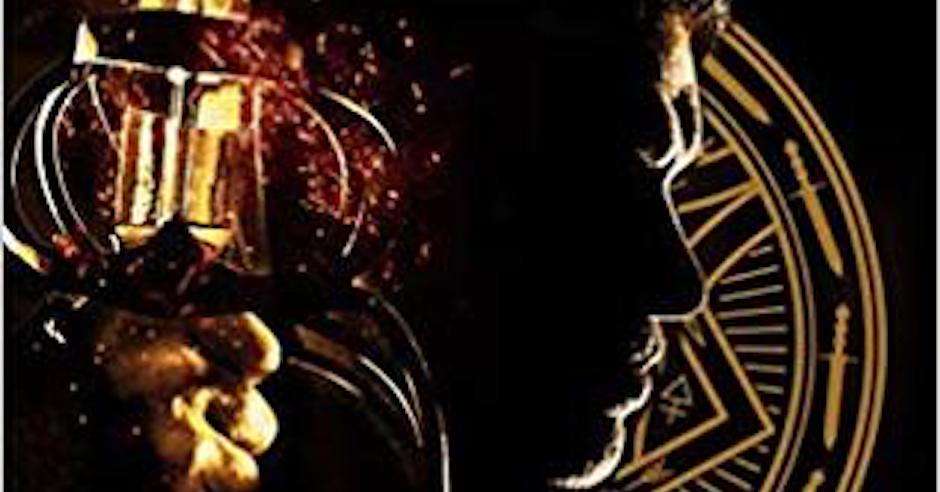 Miles Cameron continues to go from strength to strength in his fantastic novel Dark Forge. Immense world-building, unique characters and bloody action that has a realism and authentic grit that is rare for fantasy books. Book 2 of Masters and Mages, Dark Forge is fantastic. Read it!

There is always time to talk. You must not be in such a rush to die, my brother. 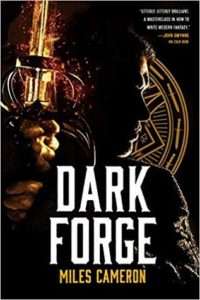 Dark Forge does not feel like the 2nd book of a trilogy. It is not a filler, and although it sets up book 3 fantastically, it also stands tall alongside Cold Iron. For those that have read book 1, Cold Iron, the second instalment is a surprising and very different read. Where in Cold Iron, Cameron had calm world-building, growing and several brilliant but small set-pieces, Dark Forge has great battles, sieges, and a massive step up on the magic side.

She handed him a bowl of fish stew. “Horses like it.”

This seems to represent her highest level of compliment.

It kicks off with a chapter from a new character, someone on the ‘dark side’. Val-al-Dun’s story here brings about the intense and cataclysmic events that change Aranthur’s life. It switches then, to a great battle, continuing from where Cold Iron finished, which brings about the familiar and accomplished battles that Miles Cameron is renowned for. (Cameron takes a lot of inspiration from his re-enactment, writing battle scenes from experience. Don’t be too worried though, I don’t think he’s ever actually killed someone with a sword. Or has he?) Aranthur and his comrades must use their skills and will to defeat the ‘Pure’, magic snobs who believe it belongs to the nobles, rather than the common.

Aranthur, our main PoV, is a young man who we have grown to love throughout Cold Iron. His journey started excellently, showing his traits as being a special individual, from humble beginnings but seeking a life in the Big City that his family had warned him of. His awareness throughout Cold Iron of the character he could become through his sword-craft, university studies, magic-practising  and woman chasing explored his ‘normal-ness’. (I sometimes realise that I wish I was Aranthur…) He is a real, believable character, and his arc through Dark Forge took him to places that I did not expect, and places he definitely did not expect.

This is a meeting of Cold Iron.

The list of secondary-characters grows throughout Dark Forge, as Aranthur and his comrades move their way from the city to pursue a journey across countries. Aranthur’s responsibility grows gradually as he is promoted, and he takes leadership roles sometimes from his role within the army, and other times because he is Aranthur, and he is what ties his band together. Dahlia is as fantastic as ever, I constantly found myself wanting to read more between her and Aranthur. Other notable characters are Inoques and General Tribane, brilliant female characters. Each character adds to the Eastern and refreshing world, making me want to read more fantasy in Eastern settings.

“Traitor to what?” Aranthur shot back. “An Empire whose nobles endlessly place self-interest before even simple patriotism?”

5/5 – yet another masterclass from Cameron, superb world-building, enjoyable characters, a realistic plot and story (as realistic as magic and fantasy can get), and the familiar brutal and bone-shattering battle scenes and duels. Dark Forge propels Aranthur into a world of trouble, and I can’t wait for the final instalment, Bright Steel.