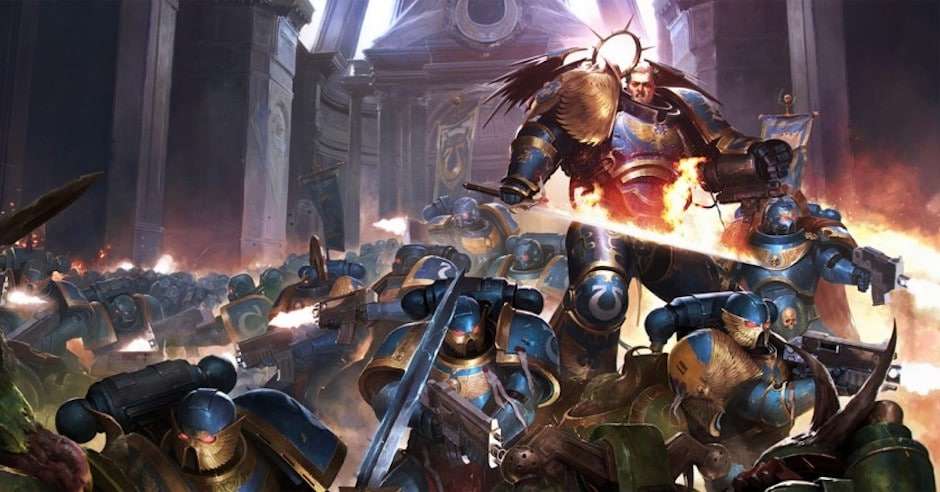 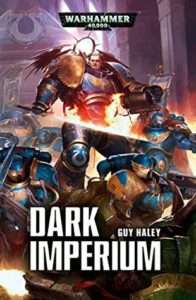 To recap the story, Roboute Guilliman is a century clear of the stasis field that kept him alive for ten thousand years. He has teamed up with a rogue machanicus priest who designed the bigger and better primaris space marines ten thousand years ago and has kept them safe and secret ever since the Imperium tore itself apart. He’s now chasing his brother Mortarion and his Death Guard plague marines across the sector while at the same time learning of his home system of Ultramar coming under siege. This book is the story of Roboute’s fight to face his brother, rescue his homeworld, break the Imperium out of its frozen-gear state to start working as it needs to in order to restore its former glory, and to reverse people’s thinking that the Emperor is a god, all the while keeping his own mental state—dormant in stasis for ten thousand years—in line.

The story has a bunch of PoVs: Guilliman, a wounded soldier on a hospital world, a Primaris space marine, Mortarion shows up for a short bit, and a priest recently elevated to be Guilliman’s key member in the Imperial church. Guilliman’s PoV was fine (though it lacked the sheer magnificence of thought Abnett and McNeill created in the Horus heresy books), as was the wounded soldier’s and the space marine’s (probably the pick of the bunch). However, Mortarion’s PoV felt pointless, and the priest just read like a fan-boy stroking himself over Guilliman the entire time. Upon finishing the book, I can only assume Mortarion has been placed in there as a PoV for use in a sequel book, because I’m buggered if I know why he was there otherwise. Such a colossal foe deserved more, or should have been referred to but left out as a PoV. And on the topic of PoVs, the author flagrantly wandered between PoVs throughout the book, making the reading experience frustrating, at best.

When it comes to the storyline, I honestly don’t think I’ve ever been so disappointed in a book ending in my life. It was just an absolute let down of an ending to follow up a confusing and meandering middle. I really can’t say more without spoiling the ending, suffice to say I was sitting on the bus when the reveal—for lack of a better way to say it—dropped and if it weren’t for being surrounded by people I would have thrown the book at a window.

It would also be remiss of me to not mention the info dumps. Crikey. There are long stretches of it and they can be pretty dense. And then, sometimes, just in case you didn’t get it the first time, the information is re-dumped on you.

We don’t do this very often on the GdM blog, but I can’t in good conscience recommend this book to our readers. Knowing a fair few authors and hearing their stories about how Black Library run the publication process (some good; some not so good), this book feels like the author wrote something pretty good, then some lore-master jumped in and went BUT WHAT ABOUT THE DETAILS, and then a publishing exec went BUT THIS COULD BE A TRILOGY, and then a project manager shouted at Haley YOU HAVE 48HRS TO IMPLEMENT ALL OF THAT AND COME OUT THE OTHER END WITH SOME SORT OF SERVICEABLE STORY. And Haley just sat down and went, “Fuck.”

I reiterate that I’m not giving this book the thumbs up, but if you’re a 40K tragic like I am, you’ll probably do it anyway, because hell … it’s the first time the storyline has moved forward in donkeys. Use the below links.