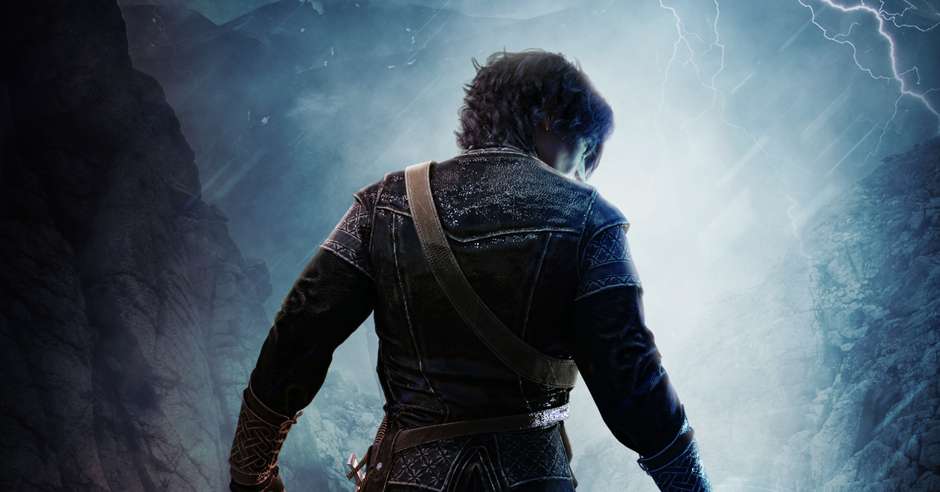 Grimdark comes in a variety of shapes and sizes but tends to be viewed as epic trilogies or doorstopper series. Rarely do we get to see what I term to be “pocket-sized fantasy” where the adventure begins and ends within in a single 300-page volume. Darkstorm, by M.L. Spencer, challenges that by telling a stand-alone story as the first installment of The Rhenwars Saga. 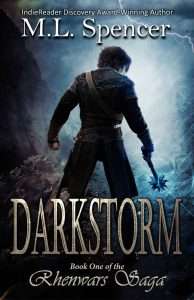 Darkstorm has the premise of saving the world (like so many other works of fantasy) but deconstructs it at every turn. A magical cataclysm is going to wipe out all magic-using individuals on Earth and destroy sorcery as a whole in a few weeks. A secret cabal has made a pact with Xerys, the god of the underworld, despite him being considered the Lord of Evil. They hope this pact will save the world, elevating Xerys to the pantheon of gods who oppose him. Repulsed by this, archmage Branden Reis raises an army to slaughter the cabal so the disaster can happen unimpeded. Branden’s brother, Quin, and Quin’s lover, Merris, serve as wildcards in this conflict. Quin and Merris find both options for dealing with the looming apocalypse unappealing but have no better solutions. Betrayal, lies, and destruction follow across every page.

Part of what makes Darkstorm effective is that the author doesn’t seem to have any particular attachment to the heroes. Protagonists are killed, corrupted or driven insane with no more warning than what may (typically) happen to a supporting character. The author has crafted an extraordinarily dangerous world where the “heroes” are no more immune to its dangers or temptations than anyone else. Indeed, by the ending of Darkstorm, I concluded that they were exactly the wrong people for the job of saving the world. There’s no happy ending and the heroes’ choices are highly questionable, making it all the more effective as a work of fiction.

Branden Reis is convinced he’s the hero and he’s taking a principled stand against evil but the massive collateral damage of his actions makes him come off as self-righteous at best. His casual dismissal of not only the lives of his fellow mages but the destruction of an entire civilization’s knowledge also hints at a disdain for his own profession. He’s never more unsympathetic than when he uses his relationship with another archmage to manipulate her into helping him bring about the end of the cabal’s plan.

Quin, by contrast, is a character who wants nothing more than to lie back and coast on his seemingly meager magical talents. He has wasted the majority of his gifts and spent them in pursuit of pleasure. Branden tries to rouse Quin into helping him “save the world” but the latter remains skeptical, not the least because Branden’s own plans are insane. I warmed to Quin quickly as he was a far more likable character than his brother.

My favorite character is Merris. For much of the book, she seems to be the protagonist and we follow a YA fiction-style journey of her: from being a former street urchin turned wizard’s apprentice to now being turned to something else. In another book, she would have risen up to be the savior but here, her callous selfishness and her lack of a strong moral core turns her into something else entirely. Really, I wish the entire book had been from her perspective as that would have been a really fascinating deconstruction of “coming of age” dramas.

The world-building is coherent and straight to the point with very little in the way of exposition. New details about the world come into play as they become necessary. We get a general sense of who the major factions are, what they worship, what the cultures are like, and so on through dialogue rather than being told via narrative description and commentary. I think the book’s shortened format harms the narrative to an extent as this is the kind of story which could have been told in three books without losing anything. The characters and setting are rich enough that the events could have stretched out so we could spend more time with them.

The conclusion feels a bit rushed. Much of the latter half of the book is filled with dramatic reversals and character decisions that, while in character, feels like they don’t have time properly breathe. The ending is dramatic and moving but I couldn’t help think it could have been stretched over at least half-again the size of the book.

Is it grimdark? Yes, I think so. The protagonists are flawed individuals who make morally ambiguous choices in an impossible situation. But they are well-written, interesting characters. The heroes make terrible choices and the consequences of their actions are not always good. For those who want a short epic fantasy, I think Darkstorm is a really good choice.