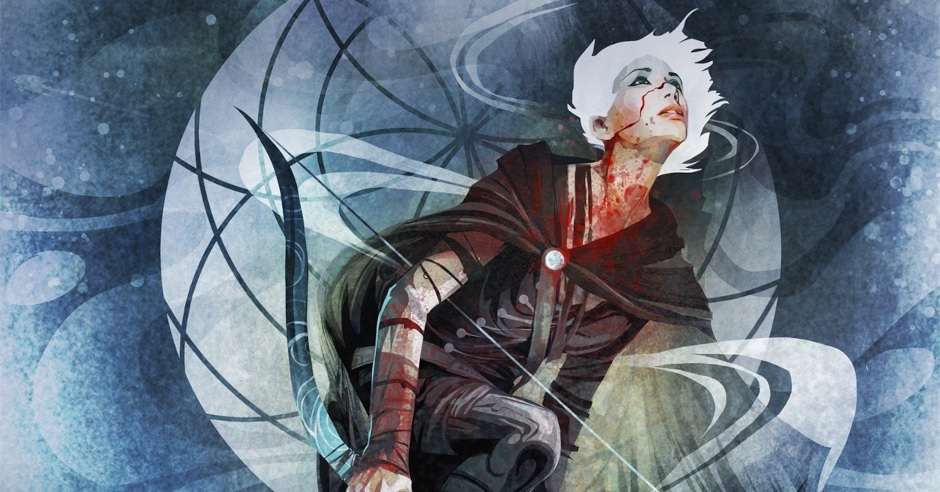 The GdM faithful will probably be familiar with author Ed McDonald from his brilliant, bestselling Raven’s Mark trilogy. His latest offering is Daughter of Redwinter which sets its own, distinct flavour from the opening. Does that mean a departure from everything dark and ominous that we hold dear in our fiction, I hear you ask? Hell no. 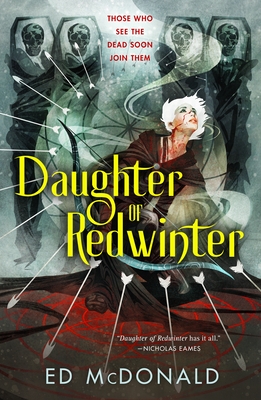 To begin with there’s Raine, our protagonist. From the very beginning of the riveting first chapter, we learn that she can see the dead. That is, she can see the restless dead; those who have been unable to find peace in the afterlife. Whilst this may seem like a useful gift at first, there are caveats. She inhabits a world where the crown and the chivalric class (known as Draoihn) view such skills as punishable by death. A fact which hangs like an impending blade over Raine throughout. She has to be one of my favourite protagonists in recent years. She’s gloriously flawed and cursed with a knack for making terrible decisions which both she and those close to her live to rue. But that is easily forgiven because she is so young and personally it made me care about her even more and need to see her succeed.

After the mesmeric opening scene and a short yet perilous journey, Raine finds herself living within the titular Redwinter (the citadel of the Draoihn). There, the main part of the story unfolds and the threats which the first act hinted at become real and immediate. Her abilities start to become clear but it is unclear to all whether they will prove to be Raine’s undoing or the saviour of an entire nation. Tropes are used skilfully in Daughter of Redwinter and a variety of creatures and adversaries come to life in Raine’s new home. The world-building is spot on – just the right amount is revealed at the tip of this iceberg to suggest a vast imagining (which should contain plenty to make this another well received series) without sacrificing reader interest. What I particularly enjoyed was the distinction between the physical world around the characters and the concealed one which only the most gifted Draoihn and their apprentices can ascend to – known as ‘gates’.

One of the main facets that made Daughter of Redwinter an excellent read for me though was McDonald’s crisp prose. His style is excellent and immensely quotable. His descriptive passages really immerse the reader in his world whilst at the same time being clean, original and concise. Not a sentence is wasted. Similarly, the author’s passion for and expertise in the HEMA martial arts world serves him well. One of his skills is using this knowledge to craft exciting, realistic battle scenes without the terminology becoming overbearing. 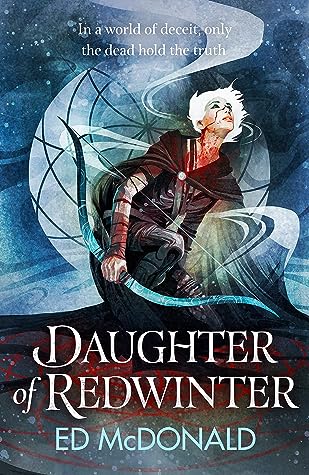 As with Blackwing (McDonald’s previous series opener), a strength is in the depth of the supporting characters and the relationships which form between them. One of Raine’s main challenges is to learn fast whom she can trust. Is the level-headed Sanvaunt all he seems? Do clan heir Ovitus’ flaws run as deep as they seem and will they be as problematic as we suspect they are? I particularly enjoyed seeing the friendship with Esher blossom and wonder where this will lead in the next instalments as it has proven pretty influential on the story thus far. Hess provides an intriguing worldview and provides a nice gateway into a literal underworld and subplot as well.

Overall this piece signifies a change of tone; something different from its highly successful predecessor. It isn’t as dark in its pitch or mood but it certainly has its moments as is still bathed in grit and ambiguous, 3D characterisation.

Daughter of Redwinter is an outstanding opening for what deserves to be another phenomenally successful series for Ed McDonald. Once again he has taken us to a world which oozes menace and enthrals with beautifully imperfect characters and its own rich, dark mythology. A must devour read for the summer of ‘22.

Steve Green is a former secondary school teacher turned IT Professional who hails from The Lincolnshire Wolds. When he’s done hoping that switching-it-off-and-on-again will do the trick for the day, he can often be found running or exploring the countryside. He is hopelessly outnumbered at home with his wife, daughter and cat.