REVIEW: Daughter of the Moon Goddess by Sue Lynn Tan 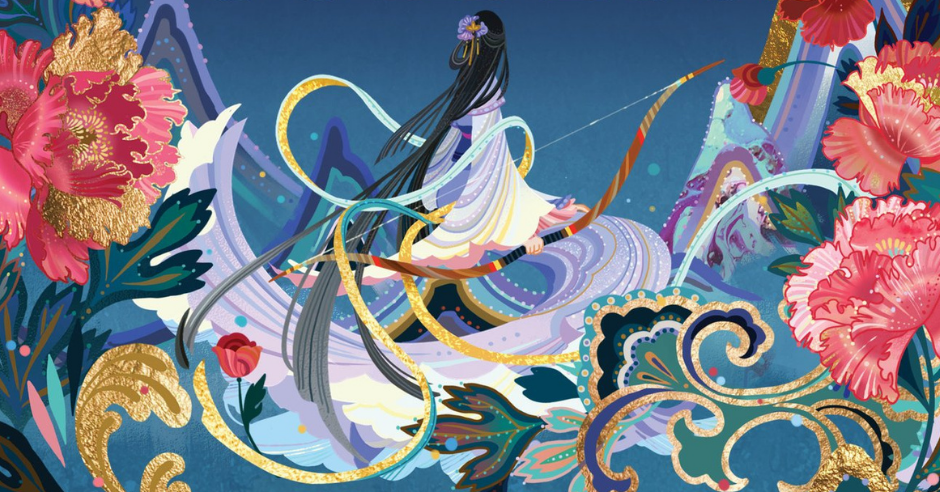 Sue Lynn Tan’s debut Daughter of the Moon Goddess is inspired by the Chinese legend of Chang’e and Houyi, although it is set years after that story ends. Xingyin is the daughter of the immortalised Moon Goddess Chang’e, and is drawn out of the safe-haven her mother created for her on the moon when they are attacked and her existence can no longer be kept secret from the Celestial Emperor – the reason for her mother’s banishment to the moon – if she remains there. So Xingyin moves to Earth to find her fortune, and perhaps a way to help her mother find freedom after all these years. 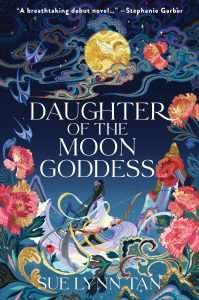 It took me a little while to get settled with this story – for the first third or so, I felt like Daughter of the Moon Goddess was like many of the fantasy novels inspired by fairy tales I’ve read, and it felt predictable. Especially early on, many of the events felt a bit too convenient, which meant I found myself rolling my eyes at the book. But as the story went on, I found myself more and more immersed, and ended up falling for it. By the end, I was in love. I’m very happy to say that my first impression of this one was wrong and that it really comes into its own after the setup is done and Xingyin can start establishing herself as a person rather than trying to carve her place apart from her mother.

Daughter of the Moon Goddess is well-written, poetic, and lyrical. It is also an action-packed story with a very slow-burn romance. I loved to see the relationship between Xingyin and her prince develop and steer away from the instalove that it seemed to pivot towards in the beginning. Oh, and I should mention the dragons. There are some pretty epic dragons in this story and to be honest, dragons always make books better in my opinion.

All in all, this feels like a popcorn-y crossover fantasy with some smart aspects that ultimately takes some time to really come into its own. Once it does, it sucks you in and makes you enjoy the intricacies of the worldbuilding and Chinese mythology background in a more traditional Epic fantasy setting, which I think will make many readers enjoy it. And it doesn’t hurt that both the UK and the US editions of Daughter of the Moon Goddess are among the most stunning books to be released in early 2022, either.

Read Daughter of the Moon Goddess by Sue Lynn Tan