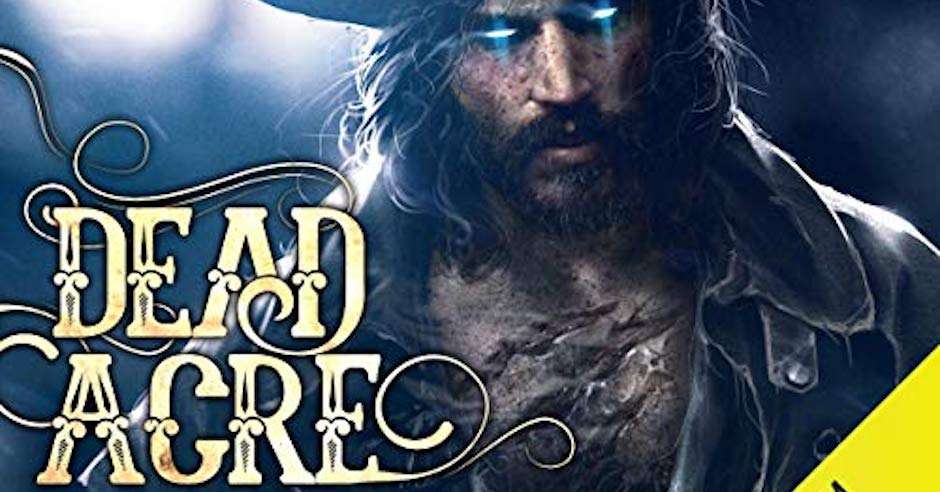 Dead Acre is a Weird West Audible exclusive audiobook written by Rhett Bruno and Jaime Castle. It is also narrated by Roger Clark (Arthur Morgan, Red Dead Redemption 2). I’m fond of all three of these individuals and recommend their work individually. However, I’m going to say that it’s really Roger Clark who is the big appeal here. I am fanatically devoted to Red Dead Redemption 2 and Roger Clark dipping his toe into something similar plus the addition of supernatural elements. 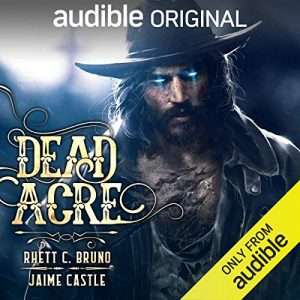 The premise is that James Crowley is an undead outlaw. Killed while trying to prevent the assault of an innocent woman, God has raised Crowley from the dead before giving him the mission of hunting down evil supernaturals. Unfortunately, it’s a bad deal since Crowley will not be allowed to Heaven if he atones for his crimes in life. Instead, he will just not go to Hell and that is a pretty ambiguous fate.

Crowley is sent to the small town of Dead Acres and immediately picks up the feeling that something is terribly wrong in the town. There have been disturbings of graves, there’s a local gang abusing people, and one of the town’s citizens has gone missing. Suspecting the forces of evil are at work, Crowley sets to work interrogating the locals while dealing with the fact that he is strongly attracted to a local woman. Well, that’s not going anywhere because undead revenants are not capable of “performing” but the longing is still there.

Dead Acre isn’t a very long audiobook. My superhero novels are usually about seven hours and this is less than half of that but it’s hard to complain about the price (free with an Audible subscription). It feels more like the pilot to a television show than it does a full experience. I feel like they could have easily expanded the story to twice its length without slowing down the pacing. The ending wasn’t great with the “revelation” of the villain being underwhelming but I was otherwise quite impressed with the story.

I appreciate Crowley as a main character as Roger Clark successfully brings to life the cyncical, hardened, and resigned mercenary. He doesn’t particularly like working for Heaven and doesn’t expect to be rewarded for it but it is better than Hell. He also has the opinion Heaven isn’t particularly better than Hell but less overtly awful. It reminded me a bit of Geralt while not precisely grimdark, it’s definitely of the antihero dark fantasy genre (bordering on horror).

I recommend those who enjoy Weird Westerns, urban fantasy, dark fantasy, or supernatural adventures to check this one out. It’s in audiobook format only but I think any format without Roger Clark’s narration would lose something. I definitely recommend checking it out but only if you do like listening to audiobooks.

Listen to Dead Acre by Rhett Bruno and Jaime Castle