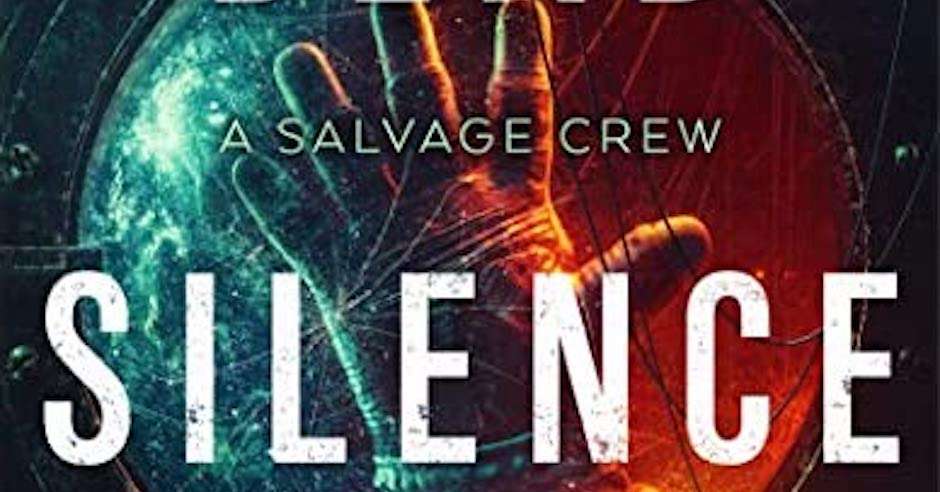 It’s been twenty years since six hundred and fifty people vanished on the very first and only luxury space cruiser, the Aurora. In one of the biggest space disasters in human history, an enormous spaceship and all its passengers seemingly disappeared from existence. Until Claire Kovalik and her crew find it. Once onboard, they realize a nightmare has awoken. A horror that once plagued the Aurora’s maiden voyage is now repeating itself. Disturbing and chaotic, Dead Silence by S. A Barnes proves space is not so empty after all. 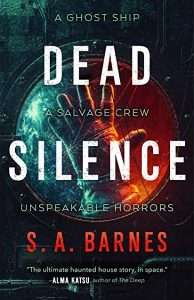 Team Leader Claire Kovalik and her crew are meant to be the last human beacon-repair team upon completion of their current tour. Horrified at the idea of never returning to space, Claire is secretly thrilled when they pick up a distress signal far away from their rendezvous point. Her hopes are further elated upon discovering the abandoned Aurora. Claiming this lost vessel and its riches inside would allow her to buy her own transport company, if they can survive the horror awaiting them.

S.A. Barnes created the perfect setting with the unspeakable tragedy within the Aurora while appreciating the vastness of space. The magnificence of the ship Aurora now turned graveyard creates a chilling ambience even before Claire ventures inside. As they search the ship, they realize something is warping reality and poisoning their perspective. Claire’s team reports strange sightings and whispers. Claire is even more under its influence. Something is hell-bent on claiming them, but not alive. The setting is so powerful, Aurora becomes a character itself.

Dead Silence is split between Claire narrating what happened once her and her team boarded the Aurora and present time in Verux Peace and Rehabilitation Tower. With missing gaps in her memory, she is incapable of distinguishing between real events and what she hallucinated. Her case file is already well documented with known psychosis and personality faults making her credibility further questionable. Since Claire is our unreliable narrator, we must make our own judgement of what truly happened on the Aurora.

It is difficult to trust Claire Kovalik, which makes reading Dead Silence more unsettling. She is brash and sometimes immature. Her past traumatic experiences have made her somewhat reckless. Her overwhelming guilt as a survivor and near blatant disregard for her own life had deemed her unfit to lead. Her fears of being responsible for endangering her team feels genuine. Dead Silence is truly frightening because of Claire’s perspective.

Having the same feel as The Haunting of Hill House, this novel’s strength relies on more than jump scares. Can we trust Claire Kovalik or did she lead her team to their demise? Dead Silence is psychological horror and hallucinogenic madness.