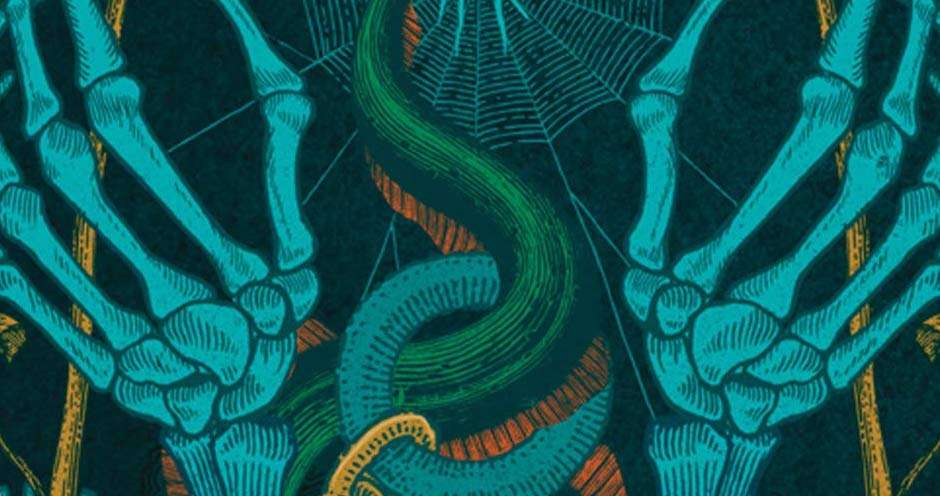 My personal comfort place is by a wild coast, listening to the sea bashing against rocks. The wildness of it, the vast presence of the water and the rough saltiness of the sea air have been singing their siren song to me since I was little. So when I was pitched a review copy of Claire McKenna’s Deepwater King, a gothic fantasy set at sea with steampunk influences, I knew there was no way I could resist its call. This is the second book in McKenna’s Deepwater Trilogy, following up on Monstrous Heart. The series will end with Firetide Coast in Summer 2022, so there isn’t long to wait to be able to binge the entire trilogy in a single sitting. And they’re so much fun you may want to do just that. Mixing elements of a gothic steampunk setting, which dominated the first book with an almost pirate-like sea adventure makes for great entertainment, and the series’ leading lady, Arden, is a strong lead character. 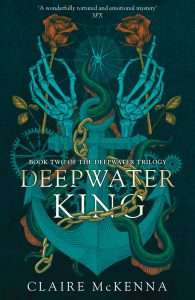 Not concerned with being pleasant or likeable, she is determined and smart, though not infallible or overpowered. She is a grown woman, one with flaws and strengths. And most of all, she is passionate, and cares about the people around her. The series is billed as a romantic fantasy, though I found that the focus wasn’t laid overly much on the romance aspect, which I appreciated. Love and relationships, both romantic and platonic, do form a core element of the story, but ultimately, it felt like the books were more focused on sacrifice and how far the characters were willing to go for those they cared about. This was also underlined by distance, as much of the romantic tension within the story took place through written communication.

What helped make these books compelling to me was the worldbuilding. It is not an epic secondary world or a grand-scale reinvention, but it is solid and coherent, and it draws the reader in. It is made clear that there is a much more expansive world and mythology to go along with than what the reader sees at first glance, making it appear real and plastic. And so Arden’s story becomes a wonderfully comforting read. One that mirrors the comfort given to be by sitting at the coast, listening to the rough sea. Deepwater King (and Monstrous Heart) are books that resonated a lot with me, and I hope Firetide Coast will too. If water is your element as much as it is mine, and you enjoy dark, gothic, stories with a touch of romance, do give these a chance, as I think they have flown under the radar and deserve more attention.