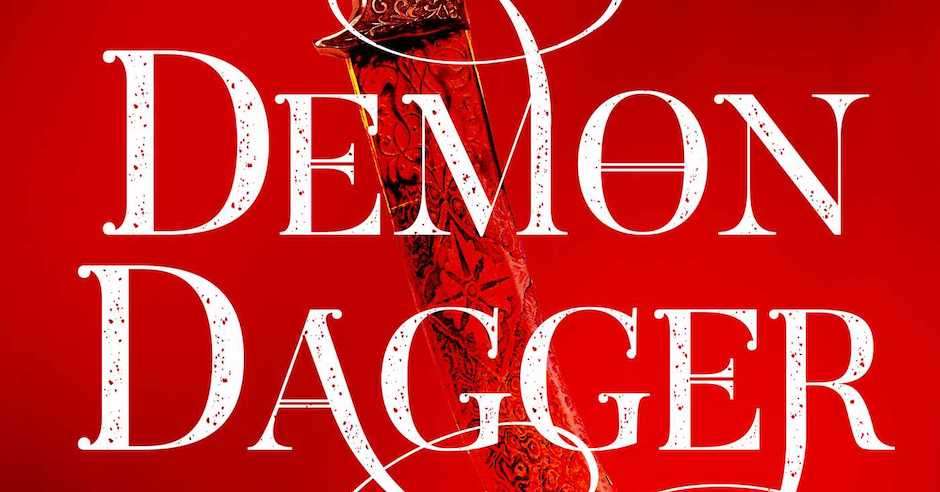 Stories of demons and demonic possession have been a lifelong fascination of mine, ever since having watched The Exorcist as a kid. Instead of scaring the pants off me, I was totally engrossed in it. Which probably says a lot about what kind of kid I was, but so it goes. A million years later, and now days when it comes to books and movies about the infernal my interest is usually automatically piqued. Based off its premise and its blurb, Demon Dagger by Russell James is everything I could hope to want about a demonically-centric thriller and it manages to check off all the boxes. 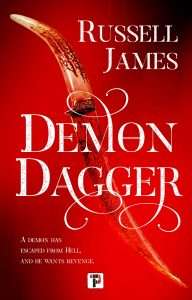 Demons haunting the world wearing human skins, brokering hellish contracts, and creating legions of soulless serial killers? Check. Demon hunters with a curious vision that lets them peel back the curtain on the world and see the nightmares that walk amongst them? Also check. A fast-paced story full of action, violence, and even a good bit of gore? All the checks. Demon Dagger ostensibly operates under a very simple premise: a man who can see demons must save the soul of a loved one from an incalculably evil entity literally hellbent on destruction. There are many, many more layers to the narrative of Demon Dagger, though, with an intricate system to the workings of demons and possession that manages to walk the fine line between fascinating and overbearing. James gives us enough details to be intrigued about how the whole terrifying thing works without drowning the reader in them, or going overboard in exposition. If anything, James moves the narrative of Demon Dagger forward at a brisk pace that meanders little and doesn’t waste time and I for one appreciate that.

More than once while reading Demon Dagger I found myself envisioning it adapted into a movie. It’s got a certain tonality to it that lends itself to the cinematic, with big, explosive moments that teeter on the overblown and melodramatic but manage to stay entertaining instead of verging into the unbearable. Demon Dagger is an supernatural action extravaganza, a hellish thrill ride about a world where demonic predators wear fleshmasks and prey upon an unsuspecting humanity. Yet the story is laser focused on a man desperate to save his family, to make them safe, even if he has to sacrifice his own life and soul to do so. That Demon Dagger also has climactic battles with monstrous archdemons and spectacular violence worthy of a summer blockbuster is just a giant bonus.

Demon Dagger is a quick read and a solid four stars, an immensely enjoyable page-turner that wastes no time and will keep you engrossed right from the beginning. I found it hard to put down, because at every turn something interesting was happening and before I knew it the book was over and I was a little disappointed that there wasn’t at least another chapter waiting for me. But I hold out hope that there will be a sequel or two from James in the world of Demon Dagger, as he planted the seeds to follow it up with many more stories.