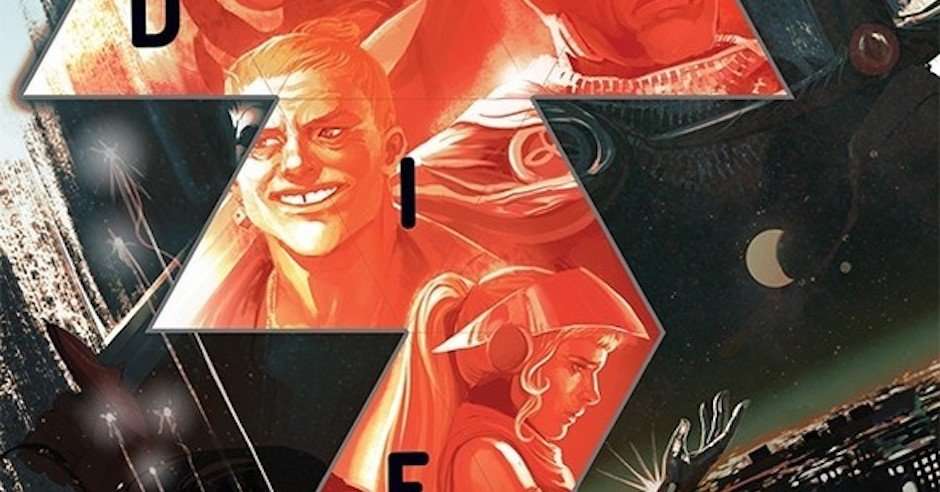 People love fantasy stories; they love the heroism of it, the sheer thrill of being the rogue stealing, the wizard whipping spells from their arsenal, the pure glory of winning. But life is not like that. Real-life is full of heartbreak, addiction, pain, love, and loss. These aspects can either break you upon the wheel or help make who you are. Anyone who is involved in fantasy or RPG has imagined themselves in a game or book at one point or another. Especially when we are young, you wish to be transported to that world to cause mischief or seek great glory for yourself. But in Die by Kieron Gillen, he took that thought a few steps further. Your thoughts and deeds within this world have real consequences. 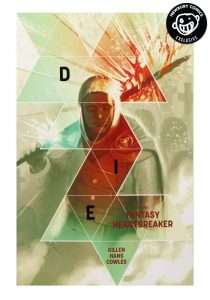 Seven friends embark on a DND game, not just any DND game, a game where they are sucked into it and have to become the characters that they chose for fun. It is Jumanji but in dark fantasy. Very dark fantasy. These kids get sucked away in this world for two years. They disappeared, but when they returned, a geas had been put on them that they could never speak of their experiences of this world, less other people get sucked into it. Twenty-five years later, one of the remaining five that made it out of the world receives a care package containing one bloody 20 sided die. They know they need to gather together, combine forces, and enter this world again. This time though, they are broken, middle-aged people, not children. Some with families, others with serious careers but all have something to lose.

“ANGELA IS A NEO. HER ARTIFACTS ARE GIFTS FROM THE FAIR. THE FAIR ARE…”WHAT IF WILLIAM GIBSON DESIGNED ELVES” IT IS COMPLICATED. IT’S A FAIRY PACT. EVERY MORNING, HER EQUIPMENT IS DEAD. UNTIL SHE PAYS THE TITHE.”