REVIEW: Dreams of the Dying by Nicolas Lietzau 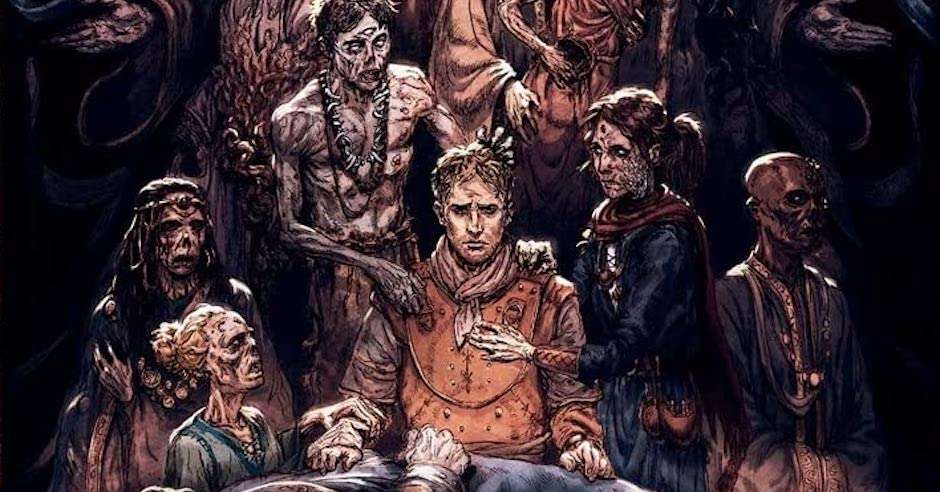 Dreams of the Dying is the first novel from Nicolas Lietzau and it is a whirlwind of nightmares, death and desperation. The book tackles some difficult themes, bring us the grey morality that is a hallmark of grimdark, and offers the tiniest sliver of hope at redemption. This is a fantasy that delves into the dark recesses of your mind and takes root. 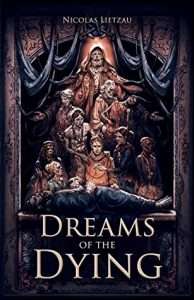 It is set in the world of Enderal, which some of you may recognise as being the same title of the award-winning indie videogame, built initially as a mod for Skyrim. Don’t worry if you haven’t played the game though, as it’s not required to enjoy Dreams of the Dying. If you have, Lietzau has included a helpful note at the start of the book to help you situate the novel within the wider world. Regardless of Enderal’s history before the start of the novel, this is a story that takes an interesting journey to explore the darkness inside and around us. The effects of classism, racism and colonialism on people are all examined from the very early pages of the book and form the foundation for future events. In Dreams of the Dying, we follow Jespar Dal’Varek as he responds to an invitation for a job that promises a big payout from a mysterious patron. Jespar is a drifting sellsword who has been living a nomadic life for the last three years and who is plagued by nightmares. Lucky (or unluckily) for him, nightmares play a large part in this next job.

Meeting his benefactor, Jespar is tasked with saving the richest man in the world, Jarroa Oonai, from an unexplained and sudden coma before the entire country tears itself apart. Partnering up with Lysia Varroy, the two seek out a dreamwalker to venture into the dreams of their patient to look for clues to his predicament. As they travel, they see firsthand the living tragedy many of the countries’ “have-nots” are forced to endure at the hands of their rich rulers. The majority of those suffering are the islands’ native people, the Makehu, who seem to be modelled on both Māori and Pacific Islanders. The societal tensions spill into the central story as violence is being encouraged and escalated by a paramilitary group called the Scythes, intent on stirring up a bloody revolution.

Once Jespar and Lysia have found their dreamwalker, Kawu, the story really begins to take off. Diving into the dreams of Oonai, Jespar finds the man trapped in a nightmare hellscape of his own fears and darkness. The journey into Oonai’s mind sets Jespar’s own nightmares into overdrive and adds a few haunting images for good measure. As they continue their quest to save a man who is rapidly becoming public enemy number one, Dream of the Dying also explores feelings of companionship, love and belonging alongside the darker themes of isolation, mental illness, and suicide with which both Oonai and Jespar struggle. As our trio struggle to complete their task, the building tension between the classes spills over into violence that engulfs everything. Without delving too much further into the plot, there is a lot here for fans of darker tales to appreciate and this is well worth the effort for a pretty chunky tome. The cover art really sets the mood with many of the characters decomposing as they reach out towards Jespar who remains, seemingly, whole, and the hardback edition comes with a lot of extras in the back if you need any more encouragement.

Where Dreams of the Dying can fall down is in the language: some phrasing feels anachronistic and syntax occasionally feels a little awkward. I attribute this Lietzau’s prose not being written in his first language and the unexpected text can be forgiven. The cast of characters is diverse and their personalities complex: you’re not necessarily going to fall in love with Jespar but you’ll be rooting for him nonetheless. There are a couple of times where conversations resembled something of an info-dump when bringing the reader up to speed on the magic system, though this wasn’t extensive and served its purpose.

Overall, Dreams of the Dying is an excellent exploration into the horrors the mind can conjure up when faced with desperate circumstances in the waking world. Lietzau has tackled some tough topics in a compelling and balanced way with a story that has damaged characters front and foremost. Although the politics and philosophising may not be to everyone’s tastes, I found this to be an excellent and thought-provoking read while ticking all the boxes for a great dark fantasy. Dreams of the Dying is a superb journey into the darkness within.

Read Dreams of the Dying by Nicolas Lietzau

Rai is an avid SFF fan, with a leaning towards the darker stuff, and has been ever since they were a little kid. Rai lives with their partner and two cats, Noomi and Scout. They work in IT and are also a post-grad researcher into non-binary experiences. Besides reading, Rai enjoys walking, gardening, TV & films, and gaming, where they are a co-host of The Offline Gamer. Rai posts reviews and other bookish content on their site, https://aspectsof.me , where you can also find some of their own fiction writing.