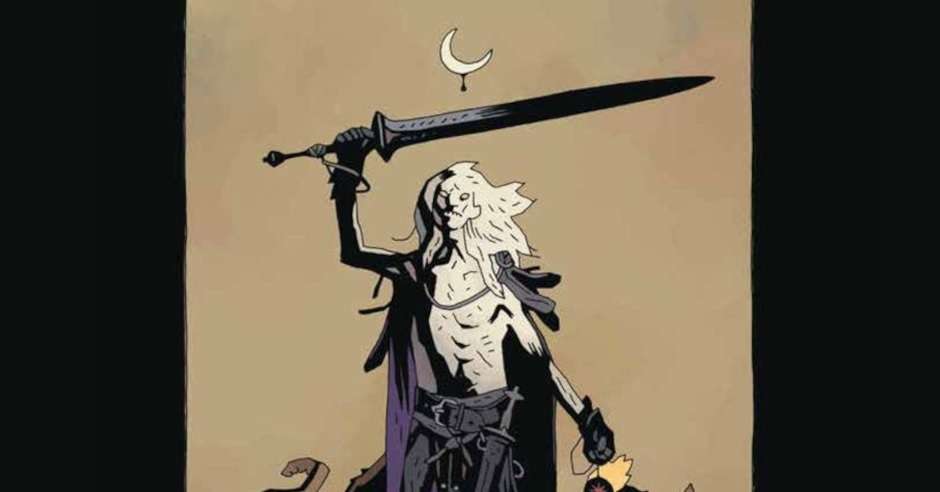 Elric. The White Wolf. The doomed emperor of Melnibone. He was probably the first real hero I had when I was a kid, and mostly it had to do with the fact that he was so intrinsically different from every other fantasy protagonist I’d ever written about. Certainly, he was a world apart from the mighty thewed Cimmerian I’d grown up reading about. Michael Moorcock’s benighted antihero has been a fixture in my life for decades, one of the high water marks I hold many other characters to when judging their quality. And, to be entirely honest, many characters fall short of his depth and complexity, his earnestness, and perhaps most importantly of all: his tragedy.

Elric: the Dreaming City is the climactic finale of Titan’s glorious reenvisioning of Michael Moorcock’s timeless fantasy classic. Undertaken by the powerful triumvirate of Julien Blandel, Jean-Luc Cano writing and adapting the novel, and Julien Telo contributing stunningly vivid art. And make no mistake, it is art. The work throughout Elric: the Dreaming City is lush and an absolute joy to look at. The way Elric himself is captured, he looks just the way I’ve always imagined him in my mind. He’s stark and angular and immensely sad, wearing his melancholy like armor. The original story itself is lovingly adapted and brought to gorgeous life through detail-laden visuals. Every page of Elric: the Dreaming City is an absolute feast created to pore over. Despite its relatively short length, the graphic novel feels dense its easy to lose yourself in as you take in the pages. For a lifelong fan of the White Wolf’s stories, it’s incredible to see them brought so fully to life.

This adaptation of Elric: the Dreaming City has a particularly cinematic feel to it, the dialogue bent to a suitably melodramatic feel and the art sweeping and making full use of dynamic compositions. It cannot be overstated how much the designs fully capture the spirit of the original stories, with the ancient cities appearing colossal and otherworldly, the Melniboneans wicked and alien, and especially Elric himself and his famous, soul-drinking sword Stormbringer coming to life. For fans of Moorcock’s albino Eternal Champion, this is an adaptation that cannot be missed. Of special interest, at the climax of the book itself, we are given a look at the slumbering dragons of Melnibone awakened in a hideous rage, and I honestly cannot remember the last time I saw dragons as awesome as they are depicted in Elric: the Dreaming City. All in all, it’s an awesome experience and one I can see myself going back to over and over again, much as I have a tendency to do with the stories. It’s a superlative achievement that the entire creative team should be hugely proud of themselves for accomplishing. For any fan of Elric and the fantasy of Moorcock, or anyone looking for a gorgeous and immersive adventure, Elric: the Dreaming City is a five-star experience that shouldn’t be slept on.