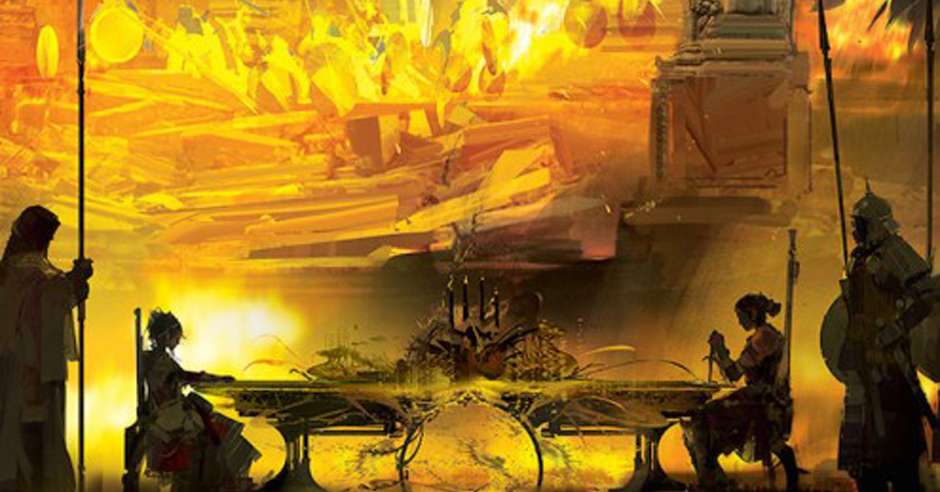 When it comes to second installments, especially in the realm of sci-fi and fantasy, The Empire Strikes Back is an oft-compared milestone. Some might even regard it as the best film in the original Star Wars Trilogy. I don’t know if I’m one of these people.

Don’t get me wrong. It’s a great movie. It introduces new and interesting characters, more questions are raised, and someone gets frozen in a fictional mineral that’s now a household name. But I always felt a little deprived at the end of Empire. I wanted more to it. 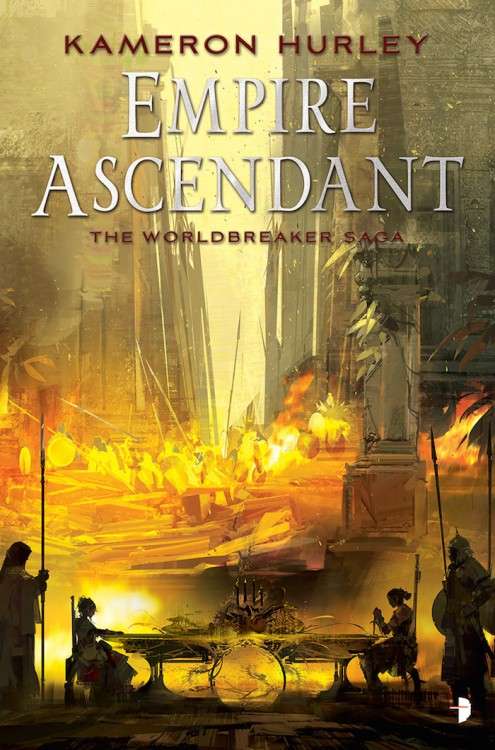 Kameron Hurley’s Worldbreaker Saga is about as grimdark as fantasy literature can get. Empire Ascendant is the second book in the series and releases in October, and though I enjoyed it, it left me with a little of that The Empire Strikes Back longing.

To catch you up, The Mirror Empire introduced us to a world where the people worship four distinct celestial bodies: Tira, Para, Sina, and Oma. Certain gifted individuals can call on the “breath” of these bodies to help them perform all kinds of cool magic. However, only one body is in the sky at a time, sometimes not returning for a thousand years. Those gifted by the ascendant star are more powerful than those whose comet is in decline.

But it’s when Oma appears, that everyone gets worried. It signals the clashing of worlds, when the thread between parallel universes becomes so thin that crossing between them becomes possible. But the catch is that your “mirror” self has to be dead in the universe you want to cross into. So when Kirana’s world is coming to a cataclysmic end, she has a lot of people to kill on the other side so all of the people in her world can come over.

Ahkio is the kai, leader of the Dhai people, and he’s got several problems to handle in Empire Ascendant. Foremost is his dead sister, Kirana’s mirror self, crossing over and murdering everybody. Second is that he recently found out who his real mother is, and she’s been helping the enemy in exchange for a few lives spared.

Lilia is from the dying universe, sent by her mother when she was young. She’s now a holy symbol for the Dhai. She’s hell bent on revenge against Kirana and the entire invading Tai Mora force. But when her gifts as an Oma mage burn out, all she has left is her wits. And it looks like she’s her adopted world’s only hope.

Hurley is great at creating a unique world with lots of bloodshed. I was tense for every character, even the ones I despised, wondering if they would be next on the chopping block or the monster’s teeth or the walking trees’ grubby branches. However, there are so many characters in this book, I forgot who was who at several points and just had to go along with it, hoping I would remember. Sometimes I didn’t.

Returning to the world of the World Breaker Saga felt like seeing an old friend after a long separation. But I highly advise grimdark readers to start with The Mirror Empire before moving on to this second book. Even as one who was familiar with the material, I forgot many details of what had happened previously and was left to sink or swim in grasping the plot. Hurley would have done well to give the reader a few lifelines of recollection, and save the torture for her characters.

Nevertheless, there were many awesome moments in Empire Ascendant. Some that had me severely creeped out or squirming in my seat. One especially intense scene that I really enjoyed is when legionnaire Zezili crawls into the lair of monsters and comes across a disgusting creature straight out of nightmares. If Hurley ever tried her hand at horror, she’d do fantastically.

Though the World Breaker Saga is set in a vivid fantasy world, Hurley has asks us to contemplate modern day gender issues and how we all interact as woman, man, and transgendered. It is a compelling theme although, admittedly, I stumbled over every ze and hir pronoun I came across in one character’s POV.

With Empire Ascendant, Hurley has added another unique grimdark opus to the hungry shelves in our dark realm. True, it left me unsated the same way Empire Strikes Back did, but I’m excited to see what’s in store for the next installment – even though I’m fairly certain someone will die horribly.

Empire Ascendant releases October 6th from Angry Robot Books, and gets 3.5 Grimdark Lords out of 5.

Purchase Empire Ascendant in one of the following formats: