REVIEW: Empire of Blood and Sand by Alister Hodge 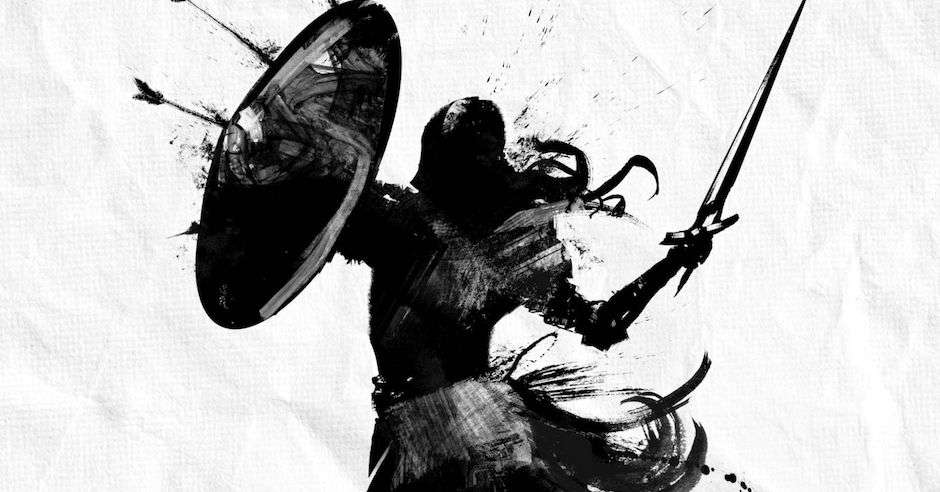 Empire of Blood and Sand by Alister Hodge is a riotous dark fantasy which satisfied my thirst for a grimdark fix with flavours befitting of the genre. 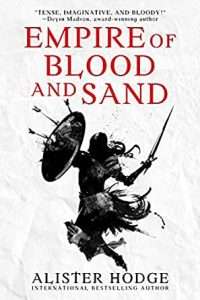 Right from its well-hewn opening, Empire of Blood and Sand had me hooked. The first scenes contain that fine blend of gore, intrigue, and character motivation that we are all accustomed to. Yet this piece still manages to innovate. There’s the notable use of quasi-historical texts on the Scalzini genocide which serve as an efficient world building technique. There’s the well-crafted setting of Kalech which struck a nice tone. I have read enough epic fantasy to know when something feels too familiar, too fast but this author managed to craft the backdrop very nicely. But most of all I was hooked by the original use of Kalech’s bestiary, which sets up a nice interplay with the Scalzini race. Opening battle with a giant centipede anyone?

Hodge also manages to sketch his characters effortlessly. There are two point of view characters. As a heroic soldier unable to resist the magnetic pull of battle, Jael Crowfeeder is familiar territory for the connoisseur of grimdark. But the portrayal is intriguing enough to keep interest within his firm sword arm. I found myself rooting for this flawed warrior and captivated, needing to know more about his tragic lost heritage. Pyx is a fitting companion who blends nicely in whilst being a lynchpin at key plot moments. Larika is our other viewpoint, a strong warrior princess whose struggle to hold her tumen together in the face of unwinnable odds whilst battling a threat to her succession was a fitting counterpoise to Jael’s journey.

The themes and tropes at play in Empire of Blood and Sand are well-known; ones that are a natural part of the genre. They have become so because these paths are entertaining with plenty of life left in them when in the hands of authors such as this.

This is a gloriously grisly grimdark feast. It is fast, brutal, and hellishly entertaining. It is a novel which I wouldn’t hesitate to recommend to anyone whose appetite is savouring for a fix of grit which can be devoured in a few sittings. The world building is clever, complex, and yet doesn’t need an accompanying encyclopaedia. Empire of Blood and Sand has left me wanting to know where the journey will take me next. And as luck would have it, I understand that Hodge is at work on a sequel.

Read Empire of Blood and Sand by Alister Hodge