REVIEW: Empire of the Vampire by Jay Kristoff 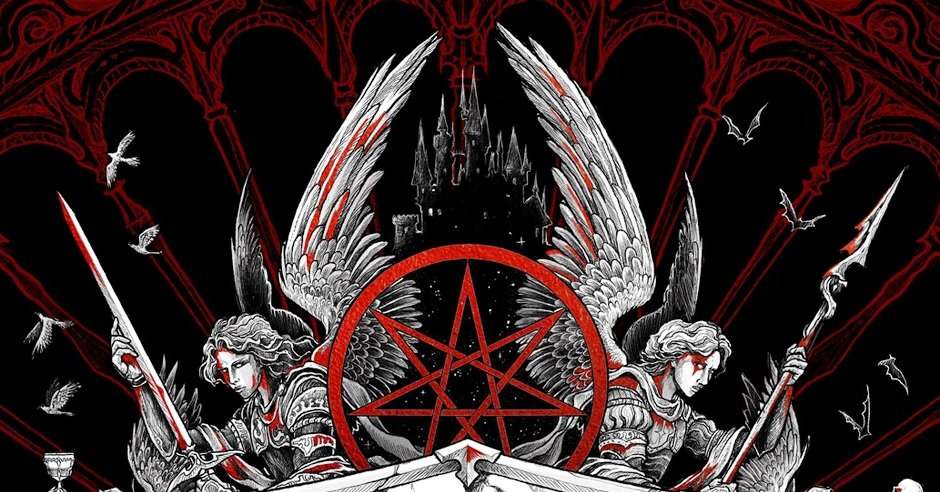 I received an advanced review copy of Empire of the Vampire in exchange for an honest review. Thank you to Jay Kristoff and Harper Voyager. Minor spoilers may follow.

“It was the twenty-seventh year of daysdeath in the realm of the Forever King, and his murderer was waiting to die.” 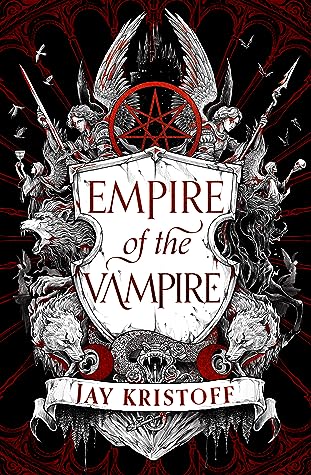 The murderer is Gabriel de Leon. Paleblood. Silversaint. Vampire-hunter and bane of the creatures of the night. He is a legend and having settled a vendetta, killing the Forever King, he is now at the mercy of his enemies. The new ruler of the vampires wishes for Gabriel’s story to be recorded before his demise. In a similar fashion to The Name of the Wind, the historian Jean-François of the Blood Chastain chronicles the events of our protagonist’s epic tale, as told by the chevalier Gabriel himself.

With this being the setup, in addition to the above-mentioned “present-day” storyline, there are two past timelines that the killer recounts. The first of these surrounds the events of Gabriel’s teenage years including his relationships with his parents and sisters, daysdeath and the increased strength and threat of the vampire empire, his infatuation with blood, and his perplexing abilities which leads Gabriel to the brotherhood of the Silversaints. The second of the past accounts finds a thirty-something, disgruntled, addict Gabriel, whose deeds are the tales of legends. He reluctantly joins a sort of fellowship, bemused to find himself part of a prophecy that relates to a god that Gabriel thinks is a prick.

Gabriel is an awesome character. He’s humorous, bitter, witty, sweary, and world-weary. He isn’t thrilled to have to tell his tale to the vampire historian but, as the stories progress, there is some excellent back-and-forth banter between the duo. An element that often made me smirk is when the historian will tap his quill on his manuscript, a nonchalant reminder to Gabriel that the Queen of Vampires wishes for him to explain certain parts in-depth, as if to a child. As Kristoff jokes in his Goodreads review of this novel, this is definitely for adults and is “not a book for children”. I’d hesitate to say that it is a bit too dark and violent for even the youths of the vampire empire. By the historian doing this though, it adds extra depth and insight and makes for clever worldbuilding when explaining intricacies such as the vampire houses, or familial powers or legacies, etc… Gabriel’s “I don’t give a fuck”-attitude is prevalent in these exchanges too, especially when Gabriel opts to time hop in his tale instead of telling it chronologically, to the frustration of Jean-François. The Silversaint calmly signals the word PATIENCE that is tattooed on his knuckles. 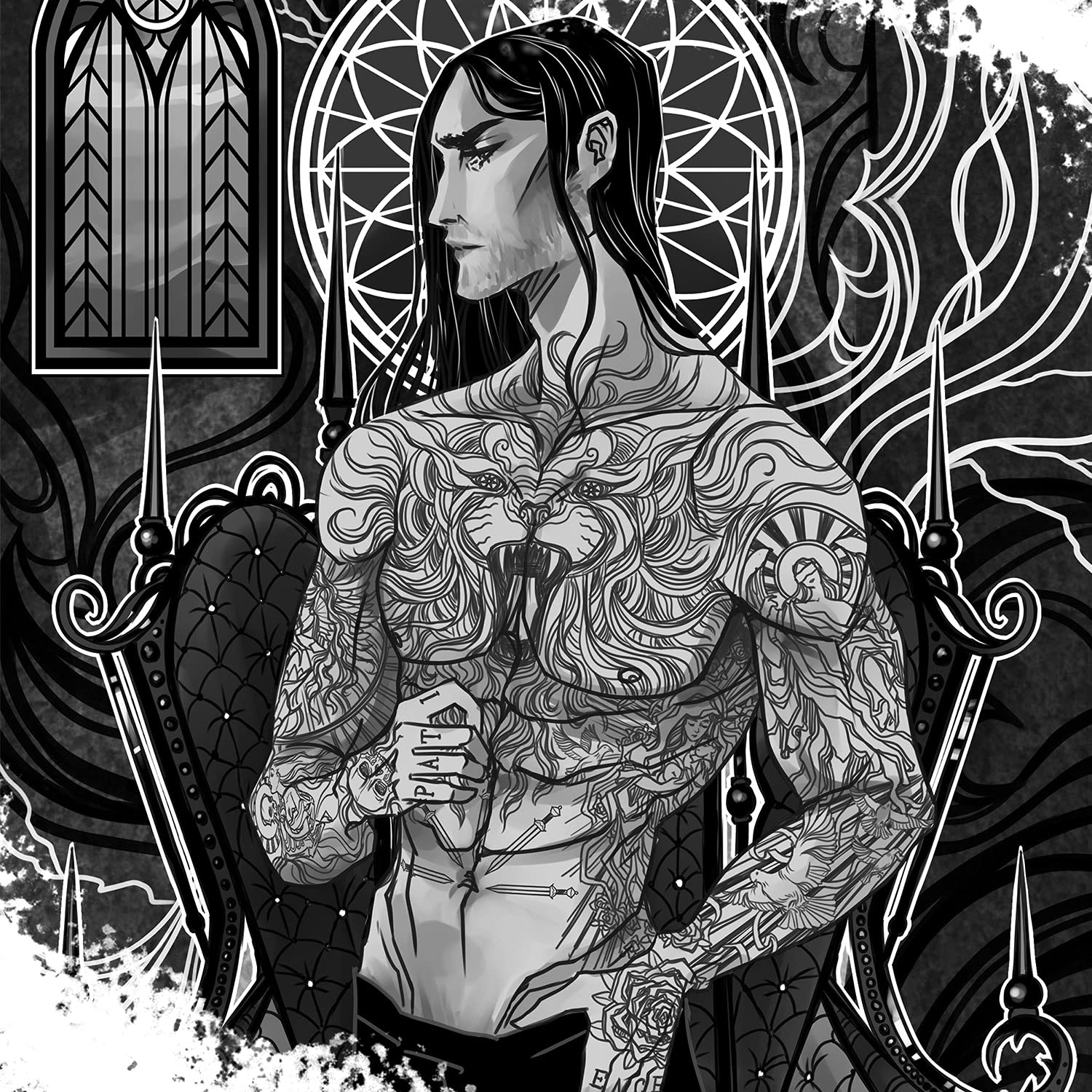 As he ages, I read de Leon as being reminiscent of Geralt of Rivia from Sapkowski’s The Witcher Saga. He comes across as a reluctant hero at certain points, a legendary warrior and swordsman that possesses some magical abilities, with acts of bravery or heroism normally following a sigh or a “for-fuck’s-sake” grunt. At least that’s how I envisaged him.

“I am the boy’s master. He’s impatient. Arrogant. Far too keen for glory. But he’s one of the finest swords I’ve trained, and he took down this highblood alone, drugged to the eyeballs on rêvre. If what I suspect of his line is true… he could be the greatest of us, Talon.” “Or the most terrible.”

Although this is Gabriel de Leon’s tale, he shares the page-time and has interesting relationships with a whole range of intriguing characters. Favourites for me were the rival Aaron de Coste, the master Greyhand, the enigma Dior, and the Holy Sister Astrid. He also has a slightly unhinged talking blade called Ashdrinker. The members of the Forever King’s family whose paths cross with Gabriel’s in Empire of the Vampire make for fine antagonists, being imposing, beautiful, ageless, and terrifying. A part that I really enjoyed and applaud Kristoff for the way he presented this, was when a character we were familiar with from de Leon’s youth returns to the page over a decade and a half later in the other timeline. This brought a few true smiles to my face.

There is a lot to enjoy here in Kristoff’s horror-tinged, vampire-laden, epic fantasy tale. In fact, it was the most I’ve enjoyed a fantasy novel for a long time. I thought it was very well written, being descriptive enough for my mind to fill in the blanks, crafting some impeccable imagery, and adrenaline-fuelling grand set-pieces. Occasionally dancing on the line of melodramatic, but for me personally, it stayed on the right side, being more cinematic than needlessly extravagant. Empire of the Vampire is packed with many stand-out scenes, and knowing that this is only a portion of de Leon’s