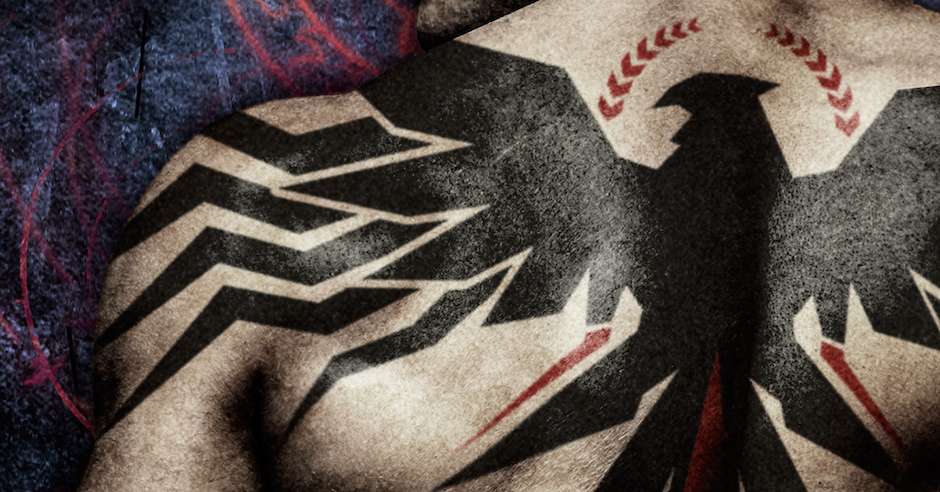 I read Endsville by Clay Sanger in just shy of two days and it may as well have been stapled to my hand for how little I let it go. I have no reservation when I say that the characters in Endsville shape the events that transpire and lead the plot. The plot, whilst quite simple is intriguing: 34 million dollars have been stolen from Mr Washington, a kingpin of the Los Angeles underworld. The Crows are tasked to find it and find out who exactly stole it and how. 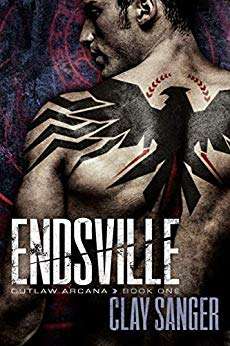 The plot itself has lows where the characters recoup, count their dead, make hard decisions, and ponder on the verbal, literal, and metaphysical bullets that once fired cannot be taken back. The pacing is just right with smaller chapters to bridge gaps or build anticipation which then then seamlessly flows into a crashing crescendo of chthonic carnage. The book throws hooks left and right, with more crosses and unexpected dirty blows below the belt than I could count, and whether you are cheering on the heroes or baying for the blood of the villains you will keep turning the pages with a maddening fervour that is in fitting with the theme.

Talking of the magic, the spells weaved into Endsville were utterly enthralling and truly terrifying. They carry consequence and great weight both to the caster and the target. Endsville succeeds where some books fail by making the magic system believable and lacking the Hollywood grandeur that brings some systems down. The magic is rooted in black magic, ritual, voodoo, divination, blood magic, glyphs, and precise discipline. It feels more an art form than a spontaneous flashy explosion of power.

Not to say the magic pulls punches as with everything and everyone in the book. It doesn’t, and the descriptions of it paint such clear vivid and often dark imagery that you can imagine the intensity of even the smaller spells. The magic system has users able to perform some quite outlandish feats, but in short, sharp, succinct bursts. Once that power has been sourced it comes with a heavy toll and leaves the user half dead for days, drained of all energy and utterly defenceless.

At best a last resort, bullets and blades work faster and better in most situations but when magic is employed it is delightful to read and I had a blast with every instance of it from the shadowy information drawn from Divination to the fiery conflagration of the Pyromancy. I also garnered a taste of the burnout associated when I found myself in the endless feedback loop of “Just one more chapter” at 4am with work the next day starting at 6am. Given my tendency to burn the candle at both ends I for one am glad I do not possess any talent as it would no doubt be the death of me.

I can and do appreciate the amount of time and thought Clay must have spent researching the world and its denizens. Each group and gang within feels grounded in reality and firmly fits its placement in the world. The book lacks any needless descriptors or characters that do not serve a purpose. The frequent mentions of weaponry, armour, vehicles and tactics employed by The Crows are tight. As in reality, gangs often find members within the armed forces who upon leaving miss the camaraderie and brotherhood found within.

That sense of family ties is clear and stronger than any other force of magic in the book. From The Crows to the Helitori, the ties that bind members together are frayed and even torn asunder as the story unfolds. But the allegiances change, the pieces dance on the board and move in ways you did not expect, some clear in front of you and some skirting the edge waiting for the moment.

I had a great love for the cliff-notes that are peppered at the beginning of each part, with a total of eight in all. They add a scattering of world building, lore and opinion from varying sources that once more lend that realism and while arguably non-essential to the understanding of the plot the information gleamed from them to me at least felt as essential as the rest of it.

Clay Sanger writes characters that are so incredibly human. They have heart, deep flaws, soaring highs, and crushing lows. The emotions are piled on thick and each one—good or bad—will get their claws into you and leave a lasting impression and a longing for more by the time you turn the final page.

I would recommend this book to anyone who is looking for something fresh and vibrant. Finding books to compare it to is honestly difficult as were I to swish a few fingers of it about in a glass and inhale the heady, strong aroma of the cardinal liquid I’d catch notes of Sons of Anarchy’s drama and familial feuds, the rich Stygian and terrifying magic of The Devil’s Business and a strong lingering aftertaste of blood, pitch-black humour, and brevity that makes the whole tale go down smoothly leaving you yearning for another bottle the moment it’s spent.

Endsville is definitely grimdark and fans of the genre will not be disappointed by its morally ambiguous characters, anti-heroes, and a world where right and wrong are less important than the constant power struggle of dog eat dog.

I had eagerly anticipated this book ever since it was a hushed whisper amongst the pitch black places few dared to tread. It did not disappoint, not one bit. Endsville is a stunning debut as I expected it would be. I eagerly await the sequel.