REVIEW: Eyes of the Void by Adrian Tchaikovsky 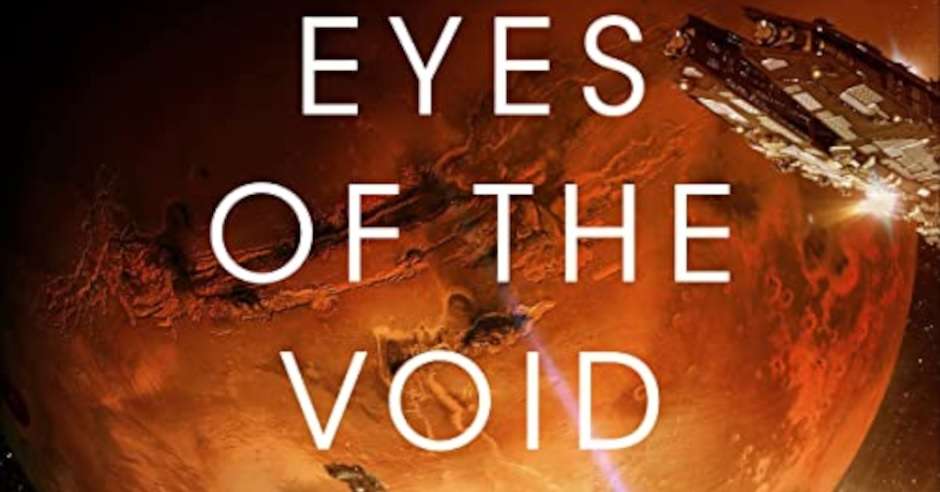 The fate of humanity is dire in Adrian Tchaikovsky’s second book of The Final Architecture series. After eighty years of tense silence the Architects are not only back, they are fixed on destroying all inhabited worlds. Originator artifacts that once protected planets from these moon-sized aliens no longer work. In Eyes of the Void, death is coming to all. 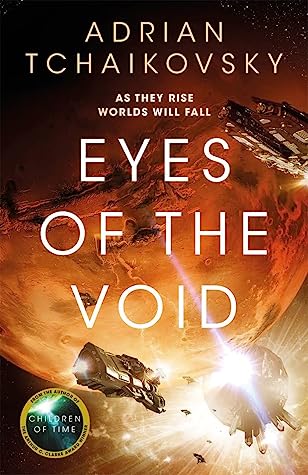 Eyes of the Void takes place shortly after the events in Shards of Earth. The entire galaxy has been thrown into pandemonium. Architects have found a way to bypass Originator tech that the Hegemony once used to shield planets. The use of Intermediaries or Ints, people who can travel through Unspace and communicate with the Architects, is the only solution left. Despite abysmal success rates, creating more Ints is paramount. The feud over control of these Ints may bring forth a new galactic war.

Idris Telemmier is an Intermediary first class and one of the most experienced Unspace pilots. Yet, his two-time war hero status is matched with a polarizing reputation. For some who had witnessed human colonies fall entirely subservient to alien cults, it is crucial for humanity to fight alone. Idris had deflected the Architects away in the war. He betrayed his own kind. With humanity on the verge of annihilation once more, all are watching Idris. What will he do next?

Idris Telemmier’s plight in Eyes of the Void is a gripping classic. While he wants nothing more than to vanish from the center of universe’s attention, he recognizes his responsibility. His decisions will forever change the course of humanity. His mistakes will aid its end. Idris as the reluctant hero proves a well written trope has its place in modern works.

Eyes of the Void did read as more of a setup piece for the third book in the series. While action-packed, this second installment adds depth to Tchaikovsky’s universe. We learn more about established alien species and Unspace. Tchaikovsky is exceptional in presenting truly outlandish aliens and giving them authenticity. The same is true for his enhanced humans. I especially enjoyed learning more about the Parthenon and the symbiotic Tothiats.

I love Tchaikovsky’s concept of Unspace. His depiction of this real and nonexistent void heightens my imagination. The mystery hidden in Unspace feels truly limitless. I crave to understand its secrets. Eyes of the Void rejuvenated my inherent sense of wonder for space.

Eyes of the Void amplifies everything from the first book. There are more battles, more Architects, and so much more to learn about Tchaikovsky’s universe. I am all too eager for book three.

Read Eyes of the Void by Adrian Tchaikovsky