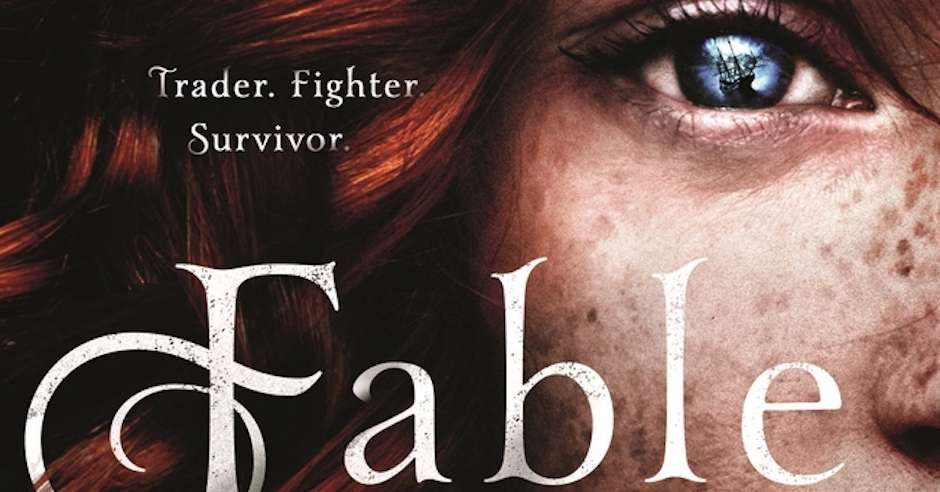 Adrienne Young’s new novel Fable is, in essence, a story about a daughter’s longing for family. The bestselling author mentions in the afterword that the idea for the book came to her just a few days after her father’s death. 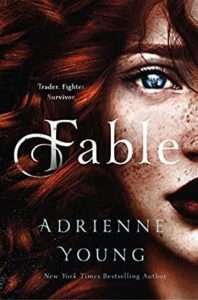 Written in first person, the novel tightly follows the resilient and tough 17-year-old Fable in a vivid seafaring setting. Fable kicks off just four years after the titular character was abandoned by her father on a dangerous island. This abandonment followed immediately after Fable survived the shipwreck that killed her mother and most of the rest of her father’s trading ship crew. Her father left her with a mysterious parting gift of an intricately gruesome knife wound to the forearm and a promise: “Get yourself off this island. And the next time I see you, I’ll give you what’s yours.”

Fable contains a richly textured look at the dangerous domain of sea trade. The fictional setting described in the novel is small: limited to a few island and port cities and the sea connecting them. Well-researched sailing lingo helps immerse the reader into an unfamiliar world.

The story follows Fable as she does what she can to survive and get “what’s hers” following her father’s five essential rules:

She eventually uses her special diving and gem-finding skills as a dredger to join the young, tightly knit crew of the trading ship Marigold. As the book unfolds, the reader learns that Fable has inherited remarkable and magical abilities related to dredging, abilities that might just get her and the rest of the crew killed. By the end of the book, all five rules are broken at least once, causing Fable and the crew of the Marigold no end of trouble.

Embedded within the overarching plot of an escalating blood feud between the Marigold and another trading ship, all the characters make bad choice after bad choice until things escalate to a cliffhanger finale. Frustratingly, all the main characters have strong plot armor and are often injured to within an inch of their lives. The author tends to put characters in unsurvivable situations and then contrive farfetched solutions out of thin air.

That is not to say the book is lacking darkness and violence. One particularly memorable scene of vengeance involves a man from an opposing crew being kidnapped, hammered into a crate, and tossed into the middle of the sea to die slowly. Though Fable knows the man had earlier painfully disfigured one of the crew of the Marigold and deserved to be made to pay for what he did, she has a challenging time accepting the cruel nature of the punishment.

Young’s prose is easily readable and smooth. She makes effective use of vivid descriptions of scents and sound, creating a solid sense of place. Fable is 368 pages long, so the narrative moves along at a fast and sometimes hurried clip. A more considered unfolding of some of the dramatic reveals may have improved the pacing. No passages stand out as truly remarkable in syntax, imagery, and turn of phrase. Some of the weakest moments are when the author occasionally slips into purple prose, which feels out of place in the greater context of the work.

This fun and readable story of dark fantasy misadventure with a sprinkle of romance will most appeal to the young adult demographic, but there are enough moments of descriptive brutality for the lovers of grimdark. People who enjoy the dark fantasy worlds and strong female protagonists of Leigh Bardugo, Laurie Forest and Holly Black will love Fable.

The Fable series is planned as a duology with the second book, Namesake, slated to come out in early 2021.