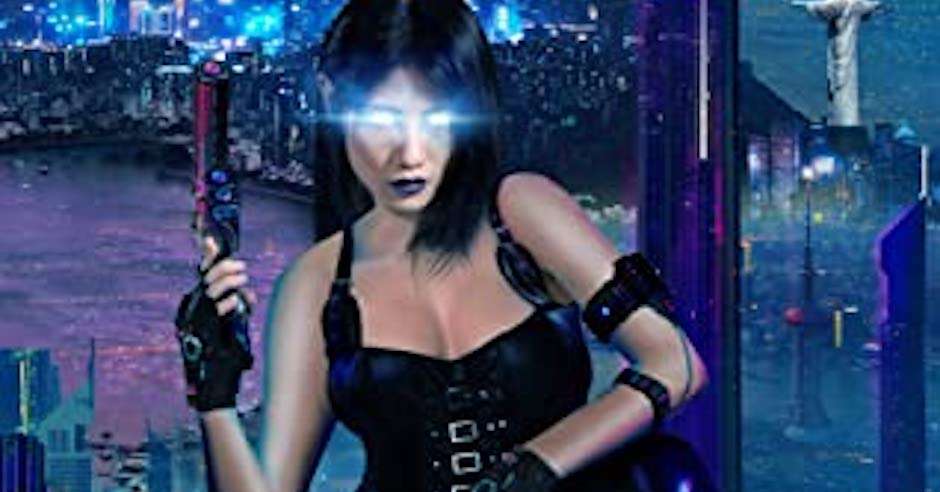 Behind Blue Eyes was a fascinating book by Anna Mocikat that followed the adventures of a cybernetically enhanced super-soldier named Nephilim. Working for a corrupt and evil corporation that ruled most of America, Nephilim regained her free will and started to explore her humanity before discovering that much of her newfound life was deliberately engineered as a way to entrap her. It was a sexy, dark, and entertaining novel that reminded me a bit of what you’d get if you combined Ghost in the Shell with 1984. 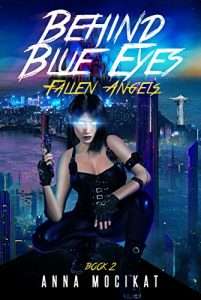 Following up to a book like that is a challenge and I should note one that is inherently full of spoilers when discussing the sequels. If you have any interest in cyberpunk and/or indie science fiction then I suggest you stop reading this review and check it out. If you don’t mind spoilers or are still unsold then by all means continue as it’s still a series worth checking out even if you are familiar with roughly where it’s going.

Fallen Angels is the second book in the series that follows up on the events of the first one. Nephilim has been forced back into the role of the loyal subordinate to the mysterious Metatron and is carrying out her duties. Being brainwashed into being Metatron’s lover as well as second-in-command, Metatron has no reason to question her existence or her master’s plans to undermine the board of directors for the Olympias corporation.

Unfortunately, for Metatron and Nephilim, someone has discovered a weakness in the Guardian Angels cyborgs. Metatron’s transhumanist plans to overthrow the board and create a society with cyborgs on top depends on their perception as invincible superior beings. That takes a hit when someone starts polishing them off one by one. If an ordinary (?) serial killer can kill superhumans then the latter don’t come off as very super at all.

While the previous book established that there were three remaining megacorporations (Olympias included), we didn’t get any insight into the other ones or how people lived. That is changed here as we find ourselves exploring the methods of control each of them use to dominate the populace. Nephilim’s Eastern European boytoy, for example, lives in a society that is closest to our own but constantly bombarded with propaganda that beings like her are inhuman killing machines like Terminators rather than actual people.

Fallen Angels also introduces some ordinary citizens of Olympias with police officers Shiro and Spider. I really liked these two characters and their perspective on life in the arcologies when you weren’t an amnesiac figure with the powers of Wolverine and Neo. I actually liked Shiro more than Nephilim’s love interest from the previous books and hopes she gets with him. I also appreciated making the board believably scummy, being the kind of venal old rich guys that we have in the real world versus anything supervillainous. It makes you almost want to root for Metatron in overthrowing them despite how much of a monster he is.

Fallen Angels is a great follow-up to Behind Blue Eyes and makes me eager to see what the third book will be like. Nephilim remains a fantastic protagonist despite her “reset” and the deeper insights into the world are very welcome. I also feel like the new characters add a humanistic element that would otherwise be missing until Nephilim gets her free will back. The fact it is a Kindle Unlimited book also means it’s well worth the cost.