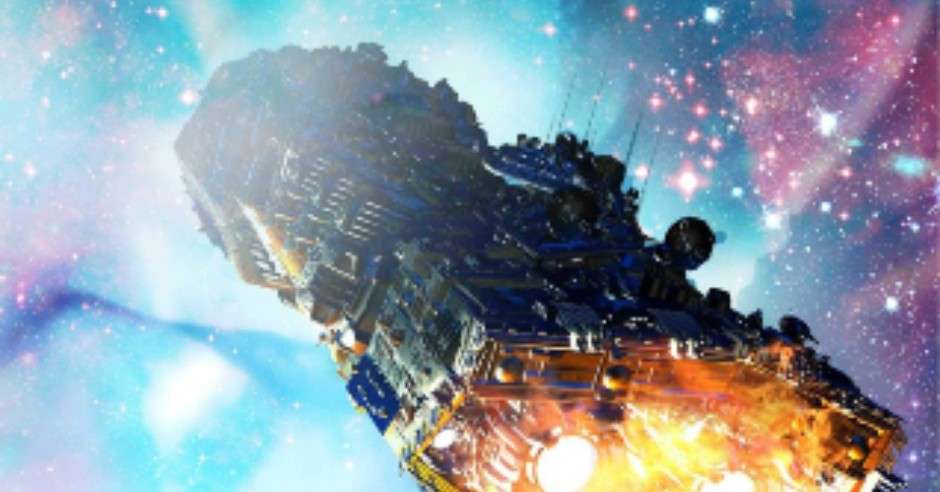 The search and rescue ship, the Khidr, is in distress. Of all her years in space, Captain Shann has never seen such a gruesome incident like this. Her crew is thrown into turmoil; one of their own is dead. While Captain Shann launches an investigation for suspected sabotage, a strange freighter signals for help. Fearless is a murder mystery without a grand detective. It is a maritime-esque adventure with improved tech and higher stakes. Fearless by Allen Stroud shatters the traditional essence of space opera. 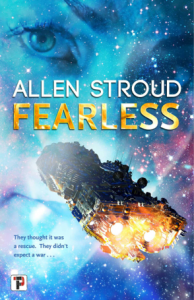 Fearless depicts a cumbersome time for humanity’s scientific advancements. The Moon, Mars, Ceres, and Europa have been colonized, but space travel remains costly and selective. Corporate greed and its interest, not science, furthers progress. Medical technology can engineer DNA matching limbs and organs but remains far from perfected. How flawed technology influences Allen Stroud’s characters is a significant element throughout his novel.

Fearless is a character-driven novel told through three perspectives, but primarily through Captain Shann. As we discover clues to the crew member’s death and the mysterious freighter, we are also given insight to these characters’ pasts. While Fearless is void of alien-species, the novel makes up for with inclusivity. Seven of the twenty-five member crew onboard Khidr use prosthetic limbs, including its captain. How Stroud wrote Captain Shann’s experience is the best highlight of this novel.

“Growing up, I was surrounded by a well-meaning family. They wanted the best they could imagine for me, but what they envisioned was a limited experience, trapped by walls and defined by my differences.”

Due to the emphasis on the events happening on Khidr and the intimate struggles of its crewmembers, Fearless has a claustrophobic quality. The intimate struggles of those onboard the Khidr shadows Earth’s political battles for a good portion of the novel. It makes certain key moments less impactful and some revelations too abrupt. For me, this novel isn’t a perfect blend of murder mystery and sci fi but I enjoyed the concept.

Allen Stroud gives grandiose ideas of space exploration a breath of realism. Space colonization may not be humanity’s salvation. For once, a sci fi novel didn’t invoke my sense of wonder for space. Stroud presents a somber view of our future; a spaceship flying to Europa is still chained to the problems on Earth. Yet, Stroud reimagines the appearance of a space captain and the qualities needed to travel across the stars. Fearless is a gamechanger for modern sci fi.