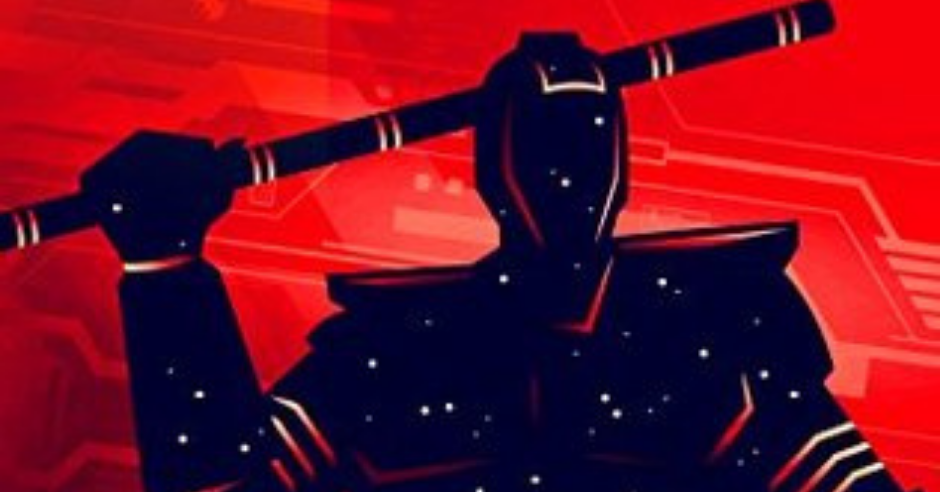 Superheroes can be complex characters, and none more so than dr. Fid in Fid’s Crusade by David H. Reiss. Gone are the days of herculean knights swooping in to save the damsel in distress while simultaneously grinning at the camera with a twinkle on a tooth. Readers are asking more of their characters. It is not enough to be super anymore; we want super and complex—no small feat. It is this desire for more is why Fid’s Crusade is such a successful story; Fid is an incredibly intricate villainous superhero. 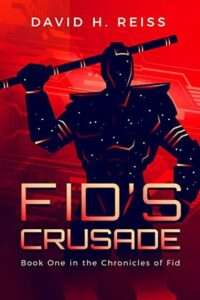 Fid’s Crusade is the story of a master villain and his endless quest to punish the unworthy. Who the real villains of the story change and develop as the narrative progresses. In that, it reminds me of Garth Ennis’s The Boys. None of that is why you would read the book. The plot in itself is interesting, but not why I kept turning pages. Fid and the roundness of his character was why I did. Essentially, Fid is a man with the temperament, intelligence, and moral compass to punish those who deserve it. And when I say punish, I mean that if Fid finds you wanting, he will rain unholy hellfire upon you, destroy everything you hold dear in life, and walk away feeling as if he did an adequate job. I appreciate the thoroughness of his villainy.

In comparison, this could have been a flat story. Reiss could have borrowed from “Batman” and Tony Stark’s cultural mythos and created an amalgamation of characters who just happened to fall on the dark side. That would have been lazy writing. What he did do was give us a broken man, wracked with pain and emotional trauma, fighting to make things right, and he gave us a character to empathize with and understand why he did horrible things. Essentially, David Reiss gave us an anti-hero who is morally gray in the form of a superhero book.

“In the end, it may take a villain to save the world from those entrusted with the world’s protection”

Fid’s Crusade by David H Reiss was the 2018 Publishers Weekly Booklife Prize winner. In an interview regarding why he tackled an antagonist, the author David Reiss said, “I read John Gardner’s Grendel when I was young. That’s a deep dive into the mind of the beast from Beowulf. Ever since then I’ve wondered what the antagonist was thinking throughout a story whenever I saw what the hero was doing. In superhero stories, the villains are more proactive. The heroes all react. The villain’s robbing a bank, so the heroes run to save the day. But the villain’s the guy that has to start things rolling. I was trying to approach the genre from what initiates conflict.”

While all that is very true. Approaching a story from a villain’s perspective because the villain’s actions are the catalyst for plot movement is different. However, all I could think of having finished Fid’s Crusade was “Every fairy tale needs a good old-fashioned villain.”

The action scenes are intense in this story. They usually involve technical jargon about Fid’s suit, weapons, and bloody battles with the “good” heroes. At the beginning of the story, this is overwhelming. We start the story right in the middle of a fight; Dr. Fid wields his weapons and intellect like a cudgel against his opponents. I wasn’t sure what I was in for from the first chapter. But as the story progresses and we get into Fid’s backstory, it becomes a much more engaging read. Instead of the technical jargon and fight scenes being the story’s meat, they become details that help us understand Fid’s intellect.

I want to be very clear; Reiss did not write this story with any pretense that the reader will like Fid. I wouldn’t say I like Fid as a person. Some of the things he does are horrifying. But that isn’t important. What is important is I loved reading about him as he is morally gray and complicated.

I empathized with his journey, and I understood the foundations of his villainy.

Even when he starts moving away from his violent tendencies and finds some peace, and yet again is faced with a personal tragedy that sends him reeling to the dark side, I got it. When a reader can empathize and understand a character like that, it is good engaging writing.

Fid’s Crusade is a complicated story to explain pacing wise. Reiss takes a long time with nuanced writing to explain Dr. Fids backstory. It is smart in that it would be very easy for a reader to fall into a trap of not liking Fid and not empathizing with his plights. However, because of the nuanced writing and the time Reiss took to create a clear mental picture of Fid as a villain, I didn’t have that issue. But, because of the long buildup for Fid, I found the novel slowing down a bit.

All of the detailing Reiss was putting in was important, but I can see some readers feeling like that section of the story is overlong. I think how you react to the first section of the book will come down to personal preference. It all becomes seamless as plot and character creation come slamming together, but it is a meandering path.

Fid’s Crusade stands heads above its superhero novel contemporaries. While some readers may have difficulty with Reiss’s meandering path to the plot denouement, I found that it was all worth it. Fid’s Crusade is a great story, well worth the time reading it.

I am looking forward to checking out the other books in the series.