REVIEW: First and Only by Dan Abnett 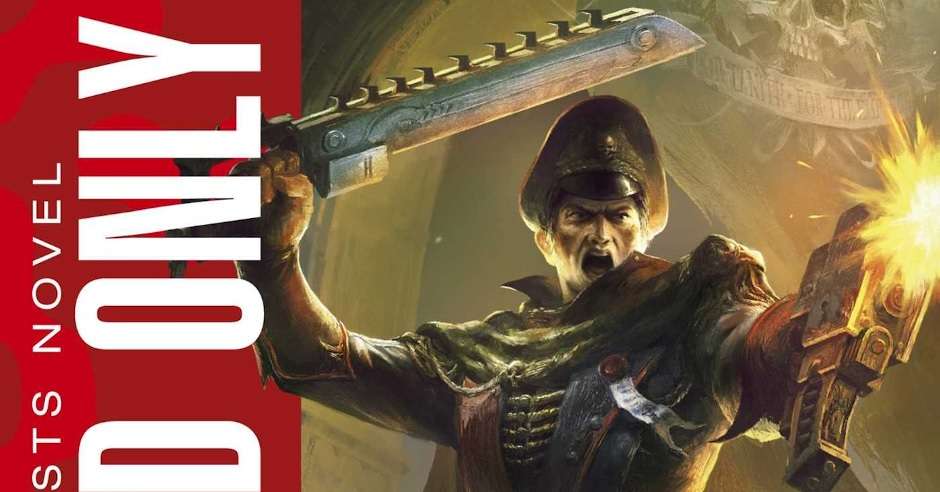 First and Only by Dan Abnett is one of the turning point novels of Warhammer 40K. Originally conceived as a sort of hyperstylized part-parody universe that embodied everything awful about humanity with the good guys mockingly called “Catholic Space Nazis”, Warhammer 40K was not a place where any faction deserved to survive let alone win. That changed with the works of Dan Abnett who helped establish a slightly more admirable Imperium of Man. 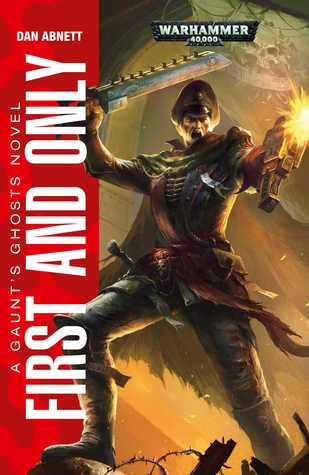 First and Only is Dan Abnett’s first novel and the first novel published under the Black Library imprint. It is heavily inspired by Bernard Cornwell’s Sharpe novels that should give individuals a sense of familiarity with the style as well as contents. It is still over-the-top military science fiction action in a hellish world but the protagonists are far more admirable than your typical band of Imperial Guard miscreants.

The premise begins with the Imperium is launching a revanchist Crusade to retake the Sabbat Worlds from the forces of Chaos. The Imperium is so massive that you can introduce an entire region of space with thousands of inhabited worlds and never have to refer to any other part of the setting again. I like this as very few science fiction franchises take advantage of how truly huge a galaxy-spanning empire would be.

The opening of the book has one of these worlds destroyed by the forces of Chaos. The entire population of Tanith is reduced to a single regiment and immediately put back in the front lines. Ibram Gaunt proceeds to get the devastated men’s loyalty by promising them a new world once the Sabbat Crusade is won. It is a bold-faced lie since as a mere Colonel he can’t promise this sort of thing and they’re all likely to be dead before the war is won but it achieves its objective. They become known as the “Tanith First and Only” and “Gaunt’s Ghosts” respectively.

What follows is a story about treachery, deceit, and how one’s allies can be every bit as dangerous as one’s enemies. The heroes come across a “Dark Age of Technology” factory that has the potential to create millions of sentient robots (“Iron Men”) that could serve as a decisive factor in the war. Two of Gaunt’s rivals immediately turn upon them, declaring the Ghosts to be rogue, and work to keep the discovery for themselves. Gaunt’s Ghosts must figure out a way to survive, clear their names, keep the factory from their allies’ hands, and not endanger the Crusade in the process.

I’m rather fond of this book’s plot as it shows the Imperium is its own worst enemy. While the forces of Chaos aren’t evil in literal terms, having a very strange morality, they might as well be from the perspective of any conventional morality. They swarm the Sabbat Worlds like a plague of locusts and attempt to wipe out anything they haven’t corrupted or warped. It’s not the forces of Chaos that form the problem in this book, however, but plain old greed and ambition. In this respect, Dan Abnett manages to achieve a similar effect as A Song of Ice and Fire. The forces of Chaos are a looming threat akin to the White Walkers while humanity simply can’t get its shit together.

The book is filled with non-stop action sequences that are all very well done. I don’t think the characterization is very deep but the characters mostly slot into neat little military archetypes. They’re all recognizable kinds of characters, so you get a sense of who they are and what they’re about before they’re killed horribly. It’s a kind of heroic manly fiction where even when ambushed and outnumbered, the Ghosts will inflict 3-1 casualties on their enemies. The Imperium feels less like a fascist state and more like a feudal one, which is not inaccurate, as the snooty British noble-themed Patricians look down on the Scottish-themed Tanith.

My view of First and Only is it’s popcorn fiction for a person who enjoys bloody anachronistic space fiction where Napoleonic Warfare meets interplanetary conflict. Is it grimdark? Well, it’s a pretty dark universe with humanity’s survival not being enough to unite mankind. Gaunt and company are almost all solid and dependable good guys, though, with the rare horrifying exception. I strongly recommend the series but also take the view it’s not meant to be a particularly nuanced experience. Just a fun one. There’s also nothing wrong with that.

Buy First and Only by Dan Abnett