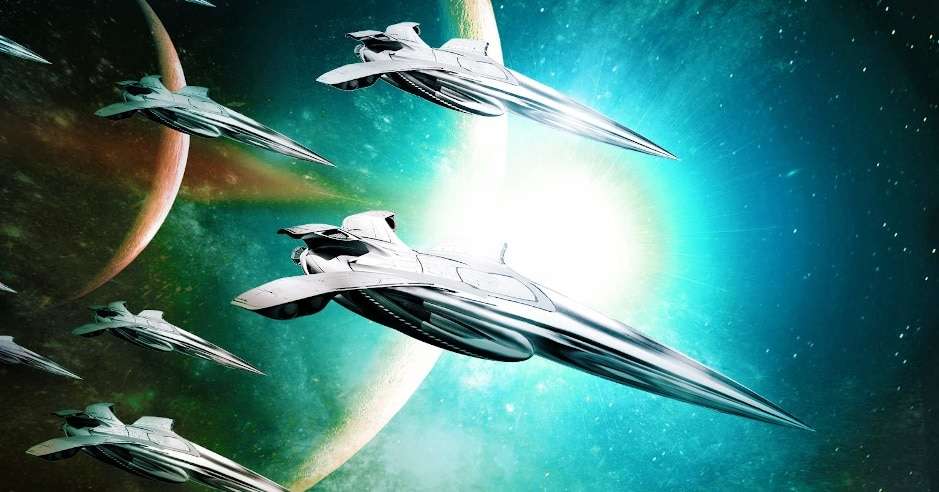 The second novel in the Embers of War series, Fleet of Knives continues in the same vein as its predecessor, where it skirts the edge of military science fiction and full blown space opera. 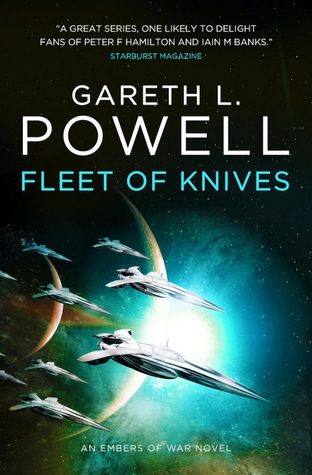 In the aftermath of the Archipelago War and the climactic events in the Gallery, the Trouble Dog and her crew continue to serve the House of Reclamation and help the stranded and endangered ships of the Generality. Meanwhile, Ona Sudak is awaiting execution for her part in the atrocity which ended the Archipelago war, until the titular Fleet of Knives which emerged at the end of Embers of War says it wants her as it’s human admiral.

Confusingly, the titular Fleet of Knives is more often referred to as the Marble Armada for the rest of the series in what I assume is more of an editorial decision that Fleet of Knives made a better book title.

Meanwhile, Johnny Schultz and his crew of the salvage ship, Lucy’s Ghost are looking to pick over the bones of an ancient alien derelict. The problem is that they get attacked by something in the hypervoid and find themselves stranded on the derelict, pursued by some voracious predators.

As the Trouble Dog races to rescue them, rumours that the Fleet of Knives has decided to save humanity from war by forcibly disarming and removing their ability to fare between stars reaches the crew…

Fleet of Knives mixes up the formula from its predecessor by adding the crew of the Lucy’s Ghost, most notably Johnny Schulz, Riley Addison and Lucy herself. Their coming together in adversity and flight from the unforeseen alien monsters mirrors Sudak’s flight through the Brain in the previous book but with a distinctly more horrific aspect almost reminiscent of Alien.

It also juxtaposes the atmosphere on the Trouble Dog and the personal horror contrasts neatly with the more galactic scale of the other main plot thread.

The familiar characters – Sal Konstanz, Trouble Dog, Preston, Alva & Nod all add a little more depth over the course of Fleet of Knives but possibly the biggest shift comes from Ona Sudak who goes from unwilling protagonist to full blown antagonist at top speed.

Distinct and deep characterisation remains a weakness in Fleet of Knives with the book hinging more on events and setting than the people involved being especially compelling. That said, there’s a lot of little nods to deeper characters and the story barrels along at such a pace that you hardly have breath to wonder what their motivations are.

Once again, the prose is delightful, especially when dealing with the wondrous otherness of the galaxy and the close third person viewpoint in the head of major characters helps to point the camera where it needs to be rather than spending too much time staring out of the window being thoughtful.

I absolutely adore every chapter written from Trouble Dog or Nod’s perspective. They tend to be short, but they’re arguably the most evocative parts of the book.

Fleet of Knives more than lives up to Embers of War and manages to avoid the trap of many second parts of trilogies by being a compelling story in it’s own right and not just a bridge to the final act.

Highly recommended for fans of Iain M. Banks or the Expanse.