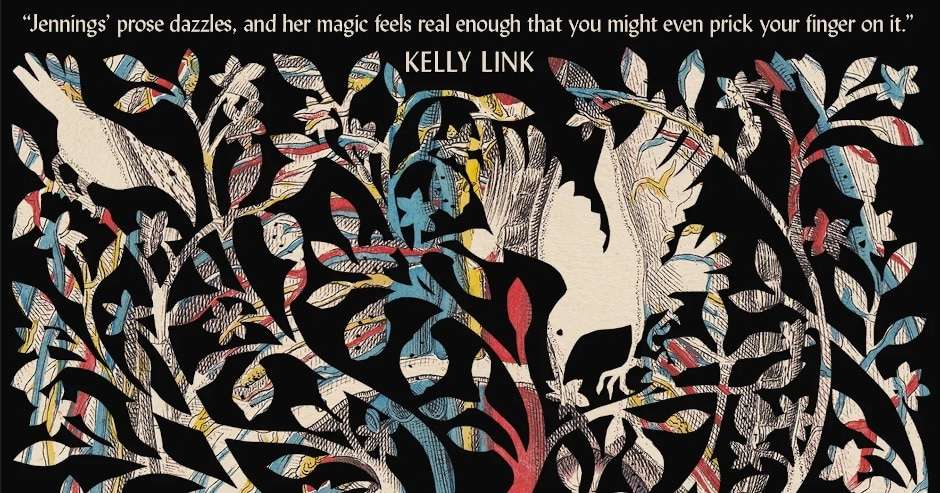 Kathleen Jennings’ Australian folk horror novella Flyaway is a tale of the darkness lurking in the trees and the strangeness glimpsed out of the corner of the eye, of secrets bound up in the land and its people, and of the truth hidden in stories. Bettina Scott lives a peaceful life with her mother in the quiet town of Runagate, nestled in an isolated district named Inglewell. When her routine is disrupted by strange goings-on and an unexpected, anonymous letter which brings up painful memories of lost family, Bettina goes in search of answers to questions she didn’t realise she had, and dredges up dark and apparently forgotten local history. 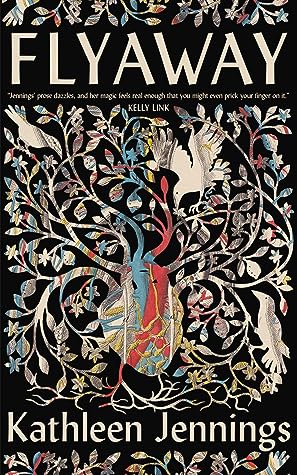 It’s an exquisite gem of a book, a story which hoards its secrets and reveals its answers slowly, patiently, rewarding the reader who’s willing to go on a strange and haunting journey to understand what lies at the heart of Inglewell and the tangle of lives caught up amidst the shadowed trees and the sun-baked earth. After starting off warm and full of the everyday magic of Australia’s wild nature, things gradually grow increasingly sinister as Bettina’s strange, contained life, defined by her mother’s calming voice and the comfort of familiar spaces and routines, is shaken up. Before long, as she takes her first tentative steps out of her comfortable existence and engages with confused, embittered former friends, things become fully dark and deeply unsettling.

There’s a tangible sense of magic and otherworldliness throughout the story, but the darkness comes as much from the characters’ actions and responses as anything else. Bettina’s worldview is surreal from the off and only becomes stranger, her interactions with others slowly making more sense until the depth of her troubles and the reality of her family becomes eerily clear. Her journey is interspersed with vivid, haunting folk stories – told by others around her – which support and reinforce a beautifully-plotted and carefully, satisfyingly constructed narrative and a magical, if grimly creepy sense of world building. It’s all presented in Jennings’ evocative, beautiful prose, which brings her world and characters to life without ever falling into the trap of becoming aimless or difficult to follow.

Flyaway is a story that’s fundamentally connected to the wild, to Australia’s unique flora and fauna and the rich storytelling that’s indelibly linked with such a strange and wonderful place. It’s full of contrasts, from Australia’s baking sun to the shadowed darkness between the trees, and from Bettina’s demure present to her distant and forgotten past. The pace and secretive nature won’t be to everyone’s liking, but if you’re willing to be patient then the wait for understanding is absolutely worth it… although when it comes, the eventual clarity is liable to leave you unsettled and uncomfortable. It’s the sort of story which, when it all comes together, continues to haunt your thoughts and raise an occasional shudder long afterwards. Subtly sinister and utterly, utterly magical.

Thanks very much to Kathleen Jennings and Tor.com for an advance copy of Flyaway in exchange for this honest review!