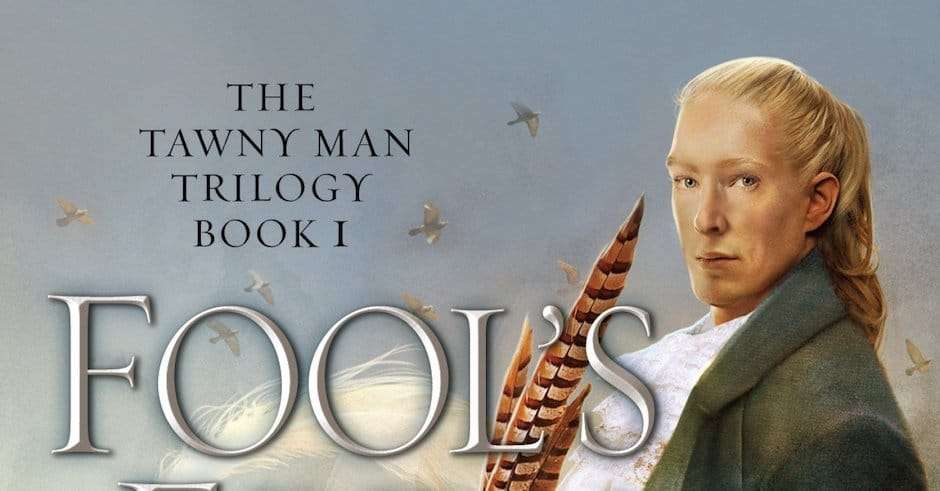 Fool’s Errand is set 15-years after the finale of Assassin’s Quest (spoilers included in this review). Once again we follow FitzChivalry Farseer — the assumed dead royal bastard. In song, he is acknowledged by many as being the Witted Bastard ghost that rose from the dead to aid his uncle Verity who was the rightful heir to the throne and he helped him raise the Elderlings and save the Six Duchees.

History is no more fixed and dead than the future. The past is no further away than the last breath you took. 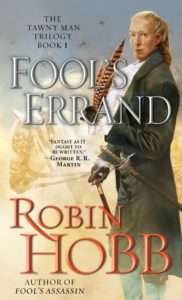 In the years since the Farseer trilogy, Fitz, or Tom Badgerlock as he is now currently known has been living in isolation. Well, not exactly. He is accompanied by his adopted son Hap and his wolf companion, Nighteyes. They look after chickens, tend to a handful of horses, and produce herbs they can sell at the local markets.

One evening Chade, the former assassin for the King and Fitz’s former mentor arrives at his abode. They discuss past times and also current dramas. Chade presents Fitz with a proposition which he politely refuses. A day or so afterwards, his other best friend, known as the Fool arrives also and after reminiscing, he refers to the dire times and grave tidings that Chade had already mentioned. The future king-in-waiting, Fitz’s Skill-formed/created son who he has never known has been kidnapped. It takes a while to convince him but after consideration, Fitz decides to assist, although the consequences when he has aided the Farseer line before have not always been the most sought after. Losing your one love, torture, death, children you can never know… etc. Approximately four people know his true identity so he takes on the guise as acting as the manservant of the Fool’s new character, Lord Golden. The Fool is a frivolous and eccentric noble that all wish to impress, flirt with, or have the attention of.

I am aware that this series should really be read after the Liveship Traders. I jumped straight back into the story of Fitz as I love him as a character. He’s a hero, honourable, has the worst luck and does all for the monarchy and what is true even if he loses because of his choices. He is the Changer after all. In this novel, I can’t say 100%, but I don’t think you are missing much from not reading the other trilogy. The next book, when the entourage from Bingtown arrive and we are told about another of the Fool’s characters, Amber, is when I believe prior knowledge of their related pasts would be beneficial but it isn’t absolutely necessary as I loved this trilogy, but I can’t deny my enjoyment may have been heightened if I had read the Liveship Traders first.

I’ve had no internet for 2-weeks and have read all 3 of the tales from this trilogy so unfortunately they all blur into one which isn’t great for reviewing purposes. Dutiful is a great new character. As are Nettle and Thick. This is more of the same, a continuation of the same first-person vibe presented in the first trilogy and I love it for that. At this rate, the Realm of the Elderlings may become one of my top 3 ever fantasy series. Harper Voyager have been nice enough to send me the rest of the books and there is very little I’d wish to read right now that isn’t Robin Hobb. She’s brilliant. I adore the story, the characters, even tiny things like grammatical choices. She’s an expert and I can’t wait to read what comes next.