REVIEW: For The Emperor by Sandy Mitchell 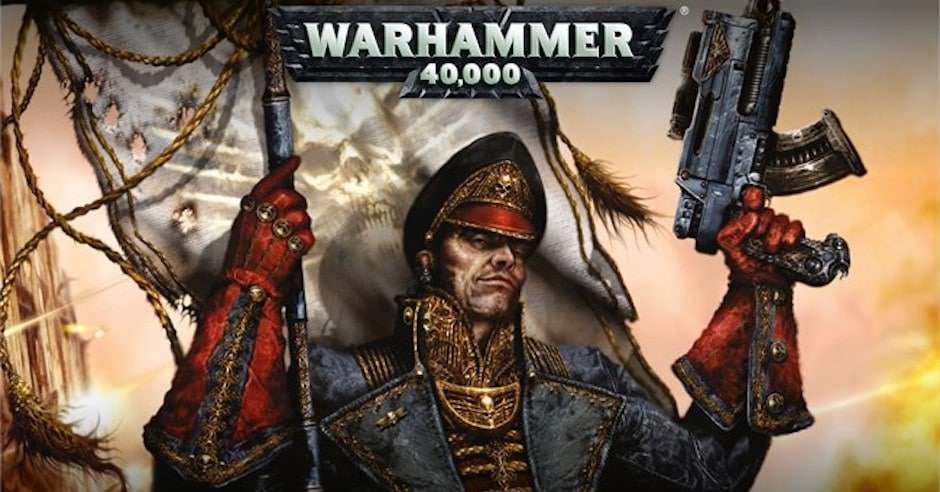 Ciaphas Cain, HERO OF THE IMPERIUM!!!

Yes, all three exclamation points are necessary. Combining grimdark and humor is something that is very risky but awesome when done correctly. As Mel Brooks said, “Tragedy is when I prick my finger, comedy is when you fall into a hole and die.” There’s something fundamentally mean spirited and wicked about the best comedy, which is something that I say as a writer of comedic fiction. 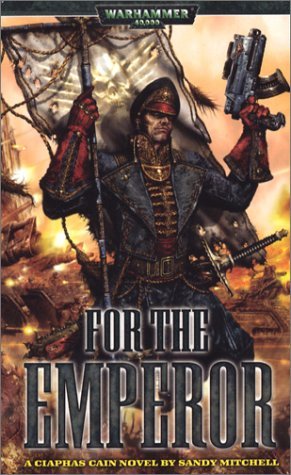 The Ciaphas Cain series is easily the most humorous for the Warhammer 40K series, which started as possessing a lot of black comedy, and is all the stronger for it. It also lightly makes fun of the very successful Gaunt’s Ghost series by having its protagonist as almost the polar opposite of Ibram Gaunt.

The premise of the series is that Ciaphas Cain has achieved what most Imperium residents can only dream of: dying in his bed of old age. Post-mortem, his memoirs have fallen into the hands of his on-again, off-again lover Amberly Vail who just so happens to also be an Inquisitor. The memoirs are a lengthy confession of cowardice, double-dealing, and ridiculously successes against the Imperium’s enemies through sheer dumb luck (or is it something more?).

Amberly refuses to release these documents for fear of hurting Imperium morale but decides to edit them for use by the Inquisition. According to the author, it is an adaptation of the Flashman series by George MacDonald Fraser but the actual humor is more akin to the Blackadder serials starring Rowan Atkinson.

Amusingly, despite being set in the grimdark world of the 40th millennium, Ciaphas Cain is a great deal nicer figure than Flashman. He’s a self-described cowardly lecher who doesn’t want to die and eagerly takes advantage of his unearned fame to achieve this. However, due to his reputation for invincibility, he keeps getting thrown back into the meatgrinder against impossible odds.

Part of the books’ humor is that Ciaphas’ cowardice is more sane jurisprudence and perhaps why he keeps surviving while other “brave” soldiers getting themselves unnecessarily killed. These themes are throughout the book and established in the first volume but never quite lose their charm no matter how many times they’re illustrated.

For the Emperor is the first volume of the series and generally a good place to begin despite its tendency to jump around chronologically. Ciaphas Cain has been assigned to oversee the combining of two units from the planet Valhalla. The problem is that one is a group of hardened chauvinists and the other a group of Amazonian women. They’re also being assigned to a world disputed with the Tau while more sinister forces attempt to take it out from under them.

Ciaphas is an immensely entertaining narrator and I enjoy every single one of his asides. Even though he might not be the coward he thinks he is, his acidic wit and takedown of common elements of Warhammer 40K society would get him shot anyway. They’re also all 100% accurate. Ironically, the one thing he seems to genuinely believe in is the Cult of the God Emperor of Mankind but even then, he has serious issues with the “Emperor botherers” he often bumps into.

The supporting cast is also very entertaining with multiple characters that appealed to me. Ciaphas is grounded by people who don’t quite take him as seriously as others but still have the view he’s a solid and dependable leader. The only one who knows better is Inquisitor Vail and she loves him for who he is as well. For the Emperor is a solid addition to the Warhammer 40K universe and if you enjoy it, I suggest you move onto the rest of the series.

Buy For the Emperor by Sandy Mitchell