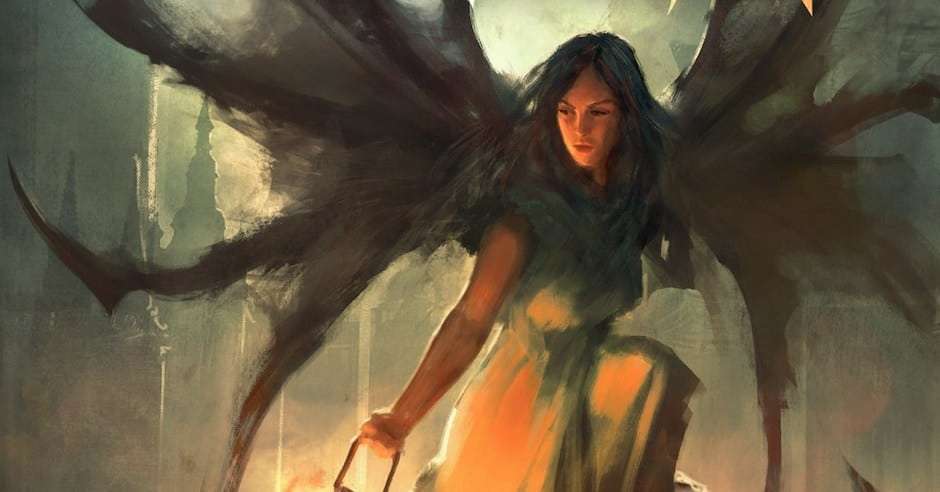 All good trilogies come to an end. It’s something that we are sad to see, yet we can’t turn away from that final entry in a series even if we wanted to. From Cold Ashes Risen is no different. We’ve come a long way in the saga of Eskara Helsene and while we can’t wait to see how it turns out, it’s a bit bittersweet that it will be over soon. And in the case of our narrator, Eska, a little scary too. 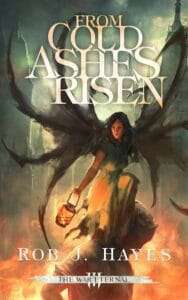 “I could feel the fear, and it was delicious.”

In my review of The Lessons Never Learned by Rob J. Hayes, I made a comparison to The Empire Strikes Back, in that as a middle-of-trilogy installment, it was a somewhat uncommon occurrence that it didn’t lag in the middle. In many (if not all) ways, Empire was the best of the (original) Lucas trilogy, and I felt that Lessons could be that in The War Eternal.

I was half right. My original comparison holds, as Lessons did not feel bloated and boring as some middle books do in trilogies. But I can’t honestly say it was the best of the three. I think now that the final book, From Cold Ashes Risen might take that title.

Probably because there were no Ewoks.

Silly comparisons aside though, Hayes has created quite the satisfying trilogy from beginning to end. Starting with Along the Razor’s Edge and continuing through The Lessons Never Learned and finally closing it up with From Cold Ashes Risen, Hayes tells a three part epic where each installment stands on its own equally and builds on the others.

“Belmorose said: There are just two reasons for torturing a person. The first is to acquire vital information that would otherwise be withheld. The second is because you’re a sadistic fuck who likes to inflict pain.”

Eskara Helsene is out of her Pit prison, and she’s survived her disastrous assault on the floating (in place) “dead” city of Do’shan though taken heavy losses. Her surviving friends have grievous wounds and her one true love has died at her hand. It’s all they can do to rest for a time and lick their wounds, while the rage builds within Eska.

“How could she claim to love me as I loved her, and yet force me to be the instrument of her death?”

It is time for Eska to reassess and determine how she is going to not only survive but get her vengeance on those that brought her to this pain. Her friends counsel for peace, but she is having none of it.

“I would wager most tragedies could be avoided by listening to the words of those who preach pacifism. Unfortunately, they tend to preach it at a much lower volume than those who preach war.”

Not only does Eska have revenge in mind, but her targets are quite powerful: The Emperor of Terralan himself, as well as the traitor which caused the downfall of her own nation, The Iron Legion himself, Loran Orran. Broken and defeated as she is, Eska has the tools to bounce back and pursue her dark goals. She has Sources, power promised by a Djinn in return for his freedom, and her darkest secret, the “demon” Ssserakis, the ancient horror linked to her body and mind.

In this trilogy, Hayes has not only given us a lot of grimdark action, twists, and turns, but provided the readers with a study in character growth of a woman as she grows from being a scared young girl to a powerful sorcerer. It’s great insight into one that would be a villain in many stories, as Eska is in her own from time to time, to be honest. But her tale is told from her perspective, and while she clearly states that she is not making excuses for her actions or behavior, she is showing the reasons behind what she’s done. This doesn’t make her heroic and might not make her villainous. What it does make her, is human. As such, this is a satisfying tale for this reader upon its conclusion. I felt that I learned as much about Eska as she did about herself.

“Heroes and villains are for stories. In the world outside of songs and books, we are all just people.”