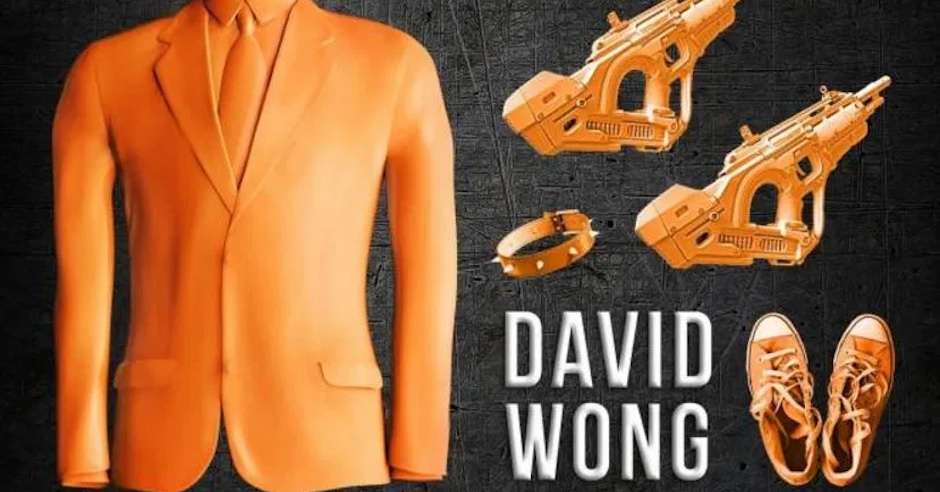 Futuristic Violence and Fancy Suits is fun as hell. It is an excellent introduction to David Wong as a writer and his style of wacky gonzo-esque humor if you are a fan of Transmetropolitan or Snow Crash by Neil Stephenson.

“People like me know that there is no magic. There is only the grind. Work looks like magic to those unwilling to do it.” 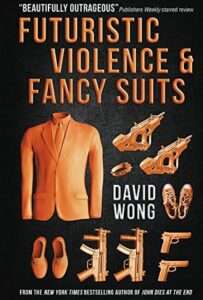 I came to the writing of David Wong, aka Jason Pargin, via his horror gonzo series John Dies at the End series. It is quippy, immensely quotable, dark and horror-filled. But the cool thing about David’s writing is that although the imagery can be violent, there is a balance to it. I have never put down a David Wong book feeling creeped out or gross. I don’t believe that is ever the intent of David’s stories. More so, I think David wants to entertain and with the side benefit of making you think. That is it. He isn’t trying to break your soul. In the case of Futuristic Violence and Fancy Suits, it is enough to entertain you and make you think of surveillance culture, the internet, and the effects of mass wealth.

Zoey Ashe is working to survive. She is working a barista job, wondering where the money to repair the fridge will come from. It is a plight that many a reader understands; I know that I do. She has a loving relationship with her mom, who raised her by herself and a very stinky cat. These relationships play an essential part in her life. After a weird run-in with an out of control car, Zoey learns that her very estranged billionaire father has recently passed away and left her his entire empire in the lawless city of Tabula Ra$a. An empire built on greed, excess, and mafia-type thuggery. Her Dad was not a nice guy, and even though he could understand the effect of some of his bad choices at the end of his life, aka his relationship with Zoey, at his heart, he was a mafia boss. He loved glamour, gaudiness, T & A, and not much else, pretty much the antithesis of Zoey and everything she stands for.

“A clean conscience is expensive, it’s the reason most men have to live paycheck to paycheck.”

What Zoey finds out very quickly in the story is that everyone is trying to kill her in new and exciting ways. While Zoey is a strong person at her heart, there are only so many electrified super bad guys one can take. She can’t do it alone; she will not survive the night. So she rehires her Dad’s team of fixers to help keep her alive. Their ability to use imagination and resources to solve problems, usually in a very creative way, is one of the main reasons you should be reading this book. That, and how much I enjoyed when Zoey lets her inner moxie out to play. According to the millions of viewers who are recording her every move in Tabula Ra$a, she is small and “cow-like” (according to her detractors), but she will only take so much shit then it is game on.

This group of fixers, along with Zoey, work to find something that is missing and keep away from the comically ridiculous bad guys. All the while, Zoey navigates this futuristic lawless city and keep her morality and her values intact.

“The gun without the training just means you’ve given your attacker a free gun.”

Under all the skullduggery, futuristic violence, and excellent writing are fundamental ideas about the public’s effects of mass access to one’s personal life. If one has access 24/7, what does that do to culture? Is there even a culture, or is it a swirling miasma minute to minute that has no value?

Futuristic Violence and Fancy Suits is not for sensitive readers. There is a lot of misogyny and violence in general and aimed at Zoey specifically. Zoey gets beat up a lot and brutally. But there is no sexual assault or anything of that nature. All that being said, I didn’t think that the violence was gratuitous. I felt that it was in service to the narrative. The violence is so ridiculous and outlandish that it becomes comical. As a reader, if you are sensitive to violence in general, this book is not for you. I suggest reading Wong’s other series instead.

This story is fun and action-packed. It is well-paced, and the combination of futuristic craziness and snark from Zoey kept me on my toes. I recommend it to anyone wanting some fun because Zoey and the gang are entertaining.