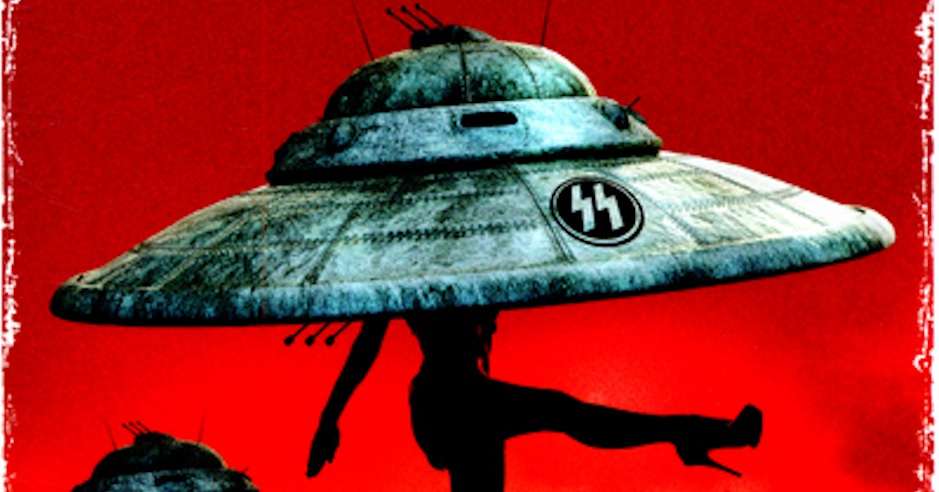 Victor Gischler’s Gestapo Mars is proclaimed by its blurb to be a tale of ‘Extraterrestrial espionage with sex, violence and Nazis’. This isn’t quite wrong, but doesn’t sum up the tale as a whole. 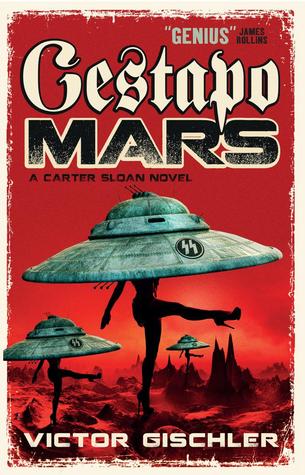 Gestapo Mars is told from the point of view of spy and assassin Carter Sloan. We first met him cryogenically preserved: he is as new to the world as the reader, having lain preserved for two centuries. During this time, the Earth has been devastated by nuclear war, humankind has spread to the stars – and the Third Reich has endured.

Yes, Sloan is a loyal Nazi. He might question his order, or express dissatisfaction with the state of the planet, or voice cynical thoughts – but the prospect of turning against space Nazism is never seriously plausible for him. The closest thing the text features is his bursts of hedonistic activity – perhaps in part escapism from his role as state-sanctioned killer. Sloan could almost be a parody of the protagonists of other alternate history Nazi victory stories. Compare him to, say, Inspector Xavier March of Robert Harris’s Fatherland. I do not think this was consciously part of his conception, but it’s an interesting comparison.

Anyway, he has been revived to pursue the Daughter of the Brass Dragon across star systems, rebellion and alien wars. This is, simply, a romp. Gestapo Mars is fast-paced, layered with sex and violence – and often light-hearted. As a name like the ‘Daughter of the Brass Dragon’ conveys, there’s more of Flash Gordon to it than Downfall. Yet the name and set dressing are constantly at odds with this: reminders that, however changed by the years, the Third Reich is now a galactic power.

To land successfully, Gestapo Mars would have to marry the exploits of its characters with the darkness of the premise. It doesn’t quite. Sloan is a decent protagonist, veering between derring-do, hedonism and cynicism, as often amoral as immoral – though I felt his company grate by the end. But the settings and plot oscillate in tone. The devastation of civil war and a scared, scattered family is replaced by Brave New World with swastikas – which then gives way to broad slapstick. This sort of thing worked somewhat better in the Australian television series Danger 5 – perhaps on account of the ensemble cast, episodic format and surreal antics conveyed by dated special effects.

There’s some satisfying moments when the elements noted above blend nicely, but they are a little too far between. I brought Gestapo Mars without any real foreknowledge of its style or content. My expectations were low, and they were not surpassed.

I finished Gestapo Mars, but can say little more for it. It nets only Two Stars.