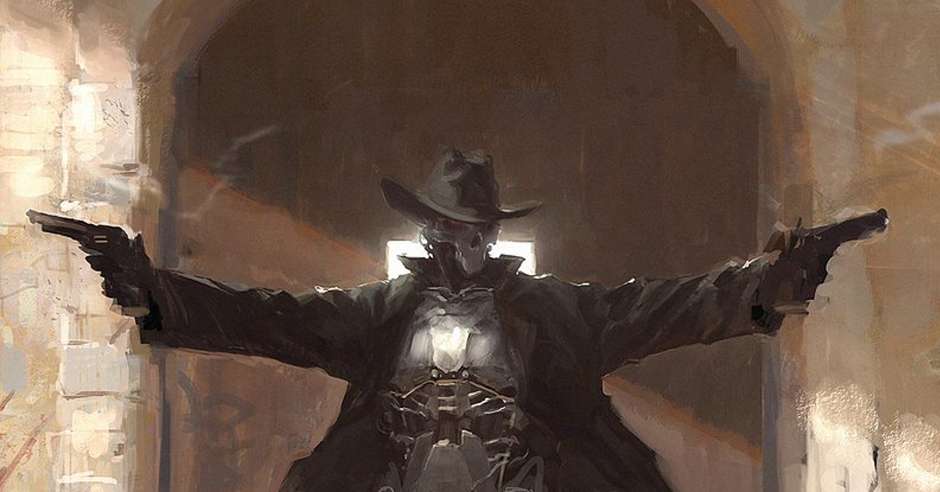 Michael R. Fletcher is one of the new voices of grimdark fiction. Beyond Redemption and The Mirror’s Truth are two of the best books which have been released in the past few years. However, it was Ghosts of Tomorrow which caught my attention with its cyborg-cowboy spider-samurai cover. The fact that there really is a cyborg-cowboy spider-samurai in the book is enough of a recommendation to buy it. However, the rest of the book contains a hundred or more cool science-fiction concepts strung together by excellent action as well as beautiful grimdark characterisation.

I should mention this book is classified as cyberpunk on many websites but while it certainly has many elements of the genre like disaffected loners, cyborgs, evil corporate executives and samurai kitsch, I’d actually argue this is real science-fiction, where you present a scenario with some technological concept or social idea and then examine the consequences thereof. Yes, it’s all literary and junk (only with ninja robots). In this case, the technology is the existence of brain scan technology (or, as one of my characters calls it, “The Diet Soda of Immortality”). 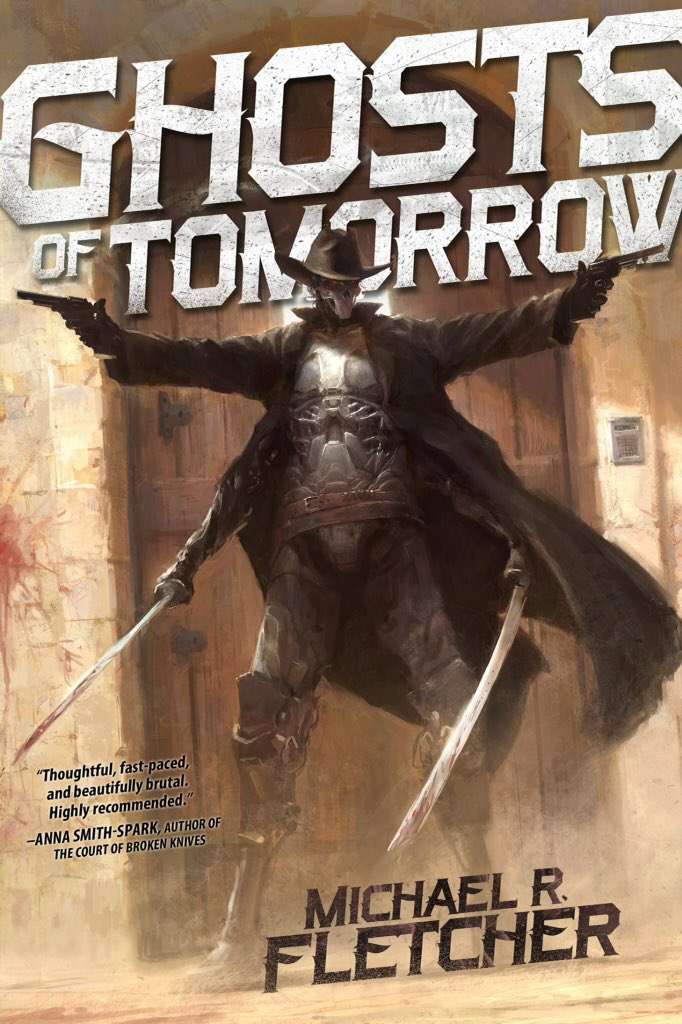 In the not-so-distant future, humanity has become dependent on “Scans”. These are effectively crude A.I. created by taking human brains and copying them in a process which destroys them. Despite this, many individuals choose to be scanned in order to avoid death by old age or illness. Unfortunately, the technology’s primary uses are commercial rather than immortal. Scans are put to use as pilots for vehicles, investment machines, and even as weapons. Worse, the demand for them far outstrips the number of individuals willing to become them so there has begun a thriving trade in black-market children born and raised to be Scans.

Griffin is a cop for the NATU (North American Trade Union) – which has replaced the United States – and hopes to eliminate a child-trafficking ring only to fail miserably on his first assignment because he decided to be careful. Assisting him is fellow agent Nadia and combat-chassis-equipped Scan, Abdul. Abdul is only seventeen years old but is now immortal and slowly going insane from the fact that he’s a teenager with no body. They face against Miles Lorkner, a billionaire software engineer who believes Scans hold the potential to be mankind’s future so what’s a little mass-murder and child-trafficking? Rounding out the group is 88, an autistic girl murdered as a pre-teen and plugged into a virtual reality interface that makes her a distant emotionless goddess.

This book reminds me of Hideo Kojima’s Metal Gear Solid: Revengeance. Revengeance is something of the poor cousin to the main franchise but is nonetheless a deeply underrated game. There, in a cyberpunk-dominated future, there is a similar trade in children as their brains learn quickly and can be easily inserted into the bodies of cyborg super-soldiers. The company which manufactures these monsters even delude themselves into believing that it’s a better life for them as immortal killing machines with a trade rather than children of poor families kidnapped or bought off the street.

This is not a casual comparison as one of the main characters in this book is Archaeidae, a fourteen-year-old raised on video game violence to the excess of any soccer mom’s belief they will turn their child into a bloodthirsty killer. Scanned at a young age, he has become the aforementioned cyborg-cowboy spider-samurai and is amazing in his ability to terrify. He reminds me of a character from Neil Stephenson’s Snow Crash and that’s not a comparison I make lightly. Archaeidae is incredibly loyal to the man who killed him, a mob boss named Riina, but is really just someone looking for a family.

Is it grimdark? Fuck yes, it’s grimdark! There’s mass graves for dead children, human experimentation, graphic violence, and even the “heroes” are this side of insane. You’d think stopping a child-trafficking ring would be an objective moral good but the protagonists become so obsessed with destroying the man behind it, they leave entire city blocks devastated in the wake of their cause. You still root for them but, by the end, you can tell Griffin is a man so damaged by what he’s seen that he’ll never be the same idealistic man he once was. That’s not including the fact 88 may be guilty of at least five figures in deaths by the end (assuming she hasn’t set humanity’s technological development back a century).

In conclusion, Ghosts of Tomorrow is easily one of my favourite novels of the year. It’s got action, drama, pathos, cyborgs, and genuinely despicable behaviour from humans motivated by money. The fact that you can replace the trafficking in children for Scans with sex in today’s society makes it depressingly realistic as a sci-fi examination of what people will do for cash. In short, this is a great novel both as a piece of genre fiction as well as a work of literary sci-fi. And probably the only literary sci-fi where an anime full of bisections and F-words would be an entirely appropriate adaptation.

I give 5 out of 5 cowboy-ninja-spider-cyborgs.