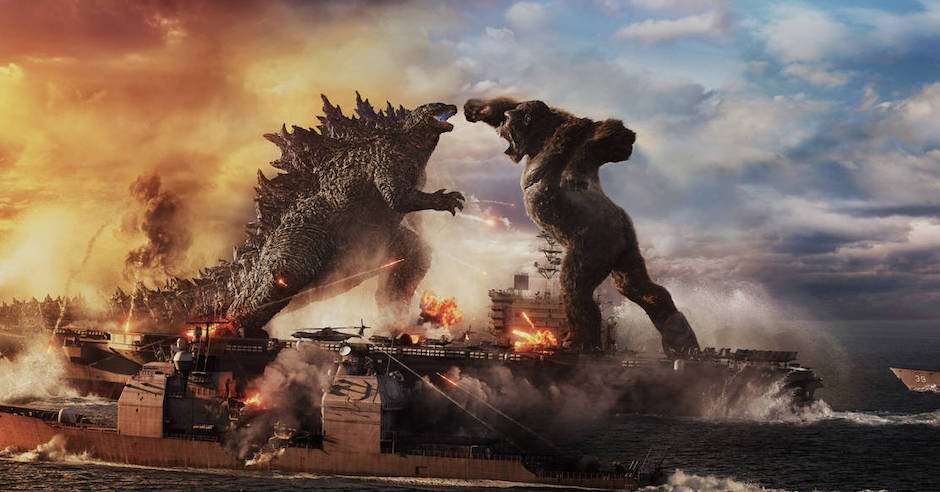 It felt a bit strange to pay a hefty £15.99 for a movie that I was going to watch at home, but in this time of pandemic lockdowns I wanted to see the kaiju movie, Godzilla vs Kong, sooner rather than later. 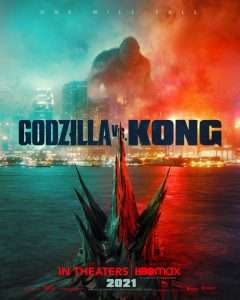 Thankfully, Godzilla vs Kong was pretty much exactly what I wanted it to be, just a little under two hours of great big monsters beating each other up. The downside is that a plot involving humans kept trying to centre itself, but that’s always been an issue with Hollywood godzilla movies. I guess the assumption is that humans watch movies for human stories and in this case I’m not so sure that’s the case.

Anyway, while the previous movies in the Monsterverse – Godzilla, Kong: Skull Island and Godzilla: King of the Monsters have established the basic rules of this universe – there are big beasties called titans, Godzilla is the biggest and baddest of them but is mostly benevolent, defending the natural order etc. while there is also Skull Island which is somewhat isolated from the rest of the world by a weird ever-present storm and that’s where Kong lives. Meanwhile there is the shady organisation Monarch which oversees the monitoring and when possible, containment of these Titans.

Godzilla vs Kong throws in a new shady organisation and seems awful interested in taking some big risks with Kong in order to get to ‘the source’ just as Godzilla seems to have started attacking human settlements for ‘no reason.’

As advertised, this movie pits Godzilla and Kong against each other and it’s pretty awesome both times it happens. Of course, events conspire so that they both end up as victorious good guys in the end but I’m not going to spoil everything for you.

The monster fights are very cool, but whenever the concentration is on the humans, my interest faded quickly.

That’s not to say it’s all bad performances – Millie Bobby Brown is great, Kaylee Hottle is the cutest kid, and Bryan Tyree Henry and Rebecca Hall bring solid comedy and empathy respectively. However, Alexander Skarsgård, Eliza Gonzales and Kyle Chandler add little, effectively taking up time that I could have been watching great big monsters fight.

The plot seems a lot more complicated than it needed to be but tight writing isn’t why we bought the ticket is it?

All in all, if you like big CGI popcorn movies where monsters beat each other up, you’ll love this. If you’re here for dialogue and thought provoking plots, you won’t.

Godzilla vs Kong is available to rent via video-on-demand services worldwide.

Post-Script: But Is It Grimdark?

Before writing this review, I had a chat with our editor about whether Godzilla vs Kong was something that Grimdark Magazine should be covering. That made me think. Here we have a world where there are titans capable of levelling cities, who mostly view humans in the way we view ants. We also have shady corporations manipulating people and titans, with disastrous effects. Cities are indeed levelled. In the final battle, the kaiju pretty much destroy the whole of Hong Kong. In the previous movies, Honolulu, San Francisco, Mexico City, and Boston are directly shown to be destroyed (and given how many Titans were unleashed in King of the Monsters you can assume it was a lot more than that).

That’s millions dead and displaced, with humanity almost helpless in the face of these massive, long lived (and in some cases, alien) beings. What’s even worse is that human agency so often makes things worse. That’s pretty damned grimdark.

The thing is, the monsterverse in general and Godzilla vs Kong in particular never really addresses this. We see people fleeing t