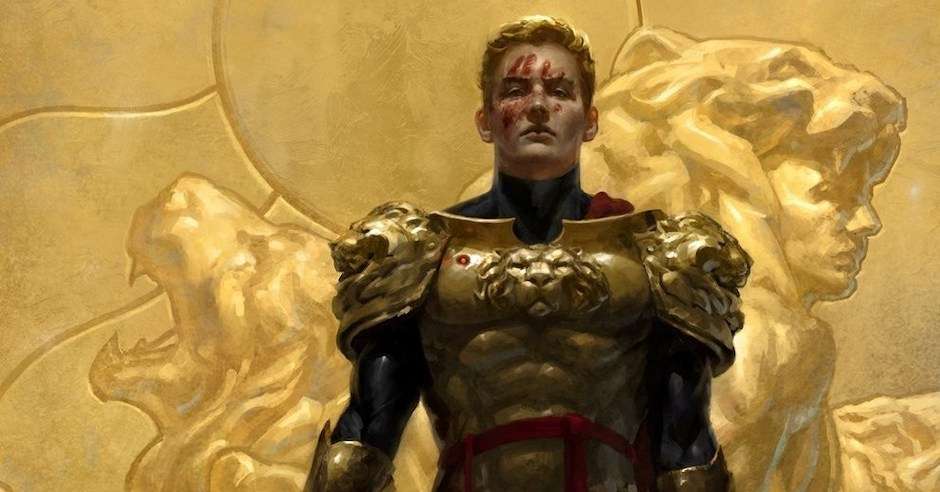 Golden Son is the second book in Pierce Brown’s magnificent Red Rising series. In a rarity for a book series, it’s better than book 1, and seeing as how I gave Red Rising a 5/5, that leaves me in a rather awkward scoring position. 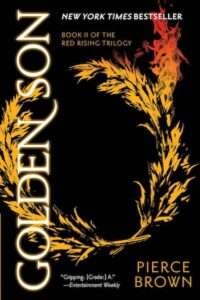 Following on on after Red Rising, Darrow has passed his trials and is on to the next phase of his life as he integrates into his new Scarred Gold society, one far more dangerous than any environment he’s ever known. Golden Son begins with Darrow’s battle ground being of politics and leverage, one he can’t physically fight his way through. But one he must fight either way, if he is to ever pull Red out of the mines. He must also be wary of his own changes–Gold society and growing friendships with his Gold followers is beginning to change Darrow’s perspective.

“I am a child of hell, and I have spent too long in their heaven.”

However, things have changed for the Sons of Ares, and therefore for Darrow. He is being pushed into more danger than ever before by people he is now questioning if he can trust.

From a story perspective, Golden Son is just utterly magnificent. There is so much to get you teeth into, and Brown rarely gives you even a moment to breathe. You’re either worrying about who Darrow can trust, tearing through the atmosphere in one of the best SF battles I’ve ever read, waiting for Mustang or Roque to rip your heart out of your chest, or picking your jaw up off the floor after a big twist or reveal. Golden Son is non-stop, and it’s absolutely magnificent for it.

And we do have to talk about that battle. To keep this review spoiler free, I’m going to leave out the context, but I will say that fans of the battles portrayed in 40k books (eg. the Istvaan V dropsite massacre or the siege of Vervunhive) will be absolutely blown away by Brown’s ability to write personal in-close action, immense sweeping scale, and claustrophobic fear in a way that I think would eclipse most authors in the Black Library stable. He is a genius.

Brown’s ability to make you care about and love these predominantly Gold characters–a species of humanity we start out hating in Red Rising–is enviable. Mustang, Roque, Sevro, Tactus … I could go on and on, but every characters just hits that sweet spot where no matter who they are you know what they’re about and you care what happens to them. For me, the only character with more than a couple of pages of screen time that I thought felt a little two dimensional was the Sovereign (and honestly, I am nit-picking here), but hey, sometimes a book just needs a driven, vicious, irredeemable bastard.

Once again, Tim Gerard Reynolds brings Darrow and The Society to life through his magnificent narration. Reynolds has completely turned my reading world upside down with his performances–I’ve gone from not really being able to get in to audio books to laying on the couch like a zombie watching the clouds drift by as I listen to Golden Son.

Golden Son is a book / audio book that I will be recommending to literally anybody who will listen. It is magnificently written and narrated, builds on Red Rising in a way that in recent memory I think only Nicholas Eames’ Bloody Rose has managed as well, and gives readers so much of what they want. The politics, the war, the inner struggles, the class struggles, and watching people you love get wrenched about with their friendships torn and mended and stretched beyond what they can take just … just makes my reader soul happy in a way not many books can. Golden Son is the perfect sequel and is just bloody good science fiction. 5.5/5