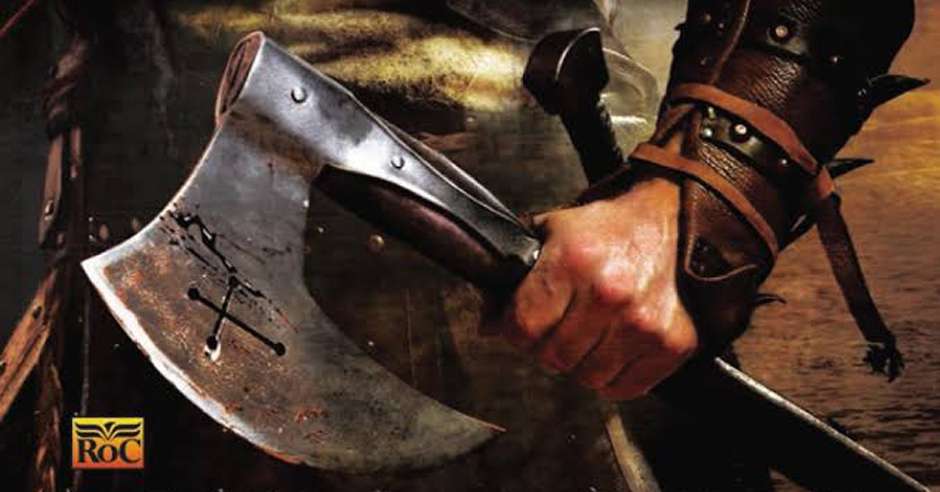 I destroyed The Grim Company by Luke Scull like one of Jerek’s axes splitting a head open. It’s been a little while since I’ve done that. Scull has rocketed into my list of favourite authors.

The Grim Company tells the story of the building war between god-slaying magelords and the roles a would-be hero, an aged barbarian exile, a crippled mage, a rebel, and the leader of the antagonist’s elite guard would play in it – all the way up to the thoroughly enjoyable final battle.

There are a great many things I liked about The Grim Company.

There’s a flexible magic and demon system. It’s amenable, really inventive, doesn’t require pages of explanation to understand it, doesn’t saturate (there’s a cheeky pun there, for those who have read the book) the story and leaves much to the imagination. 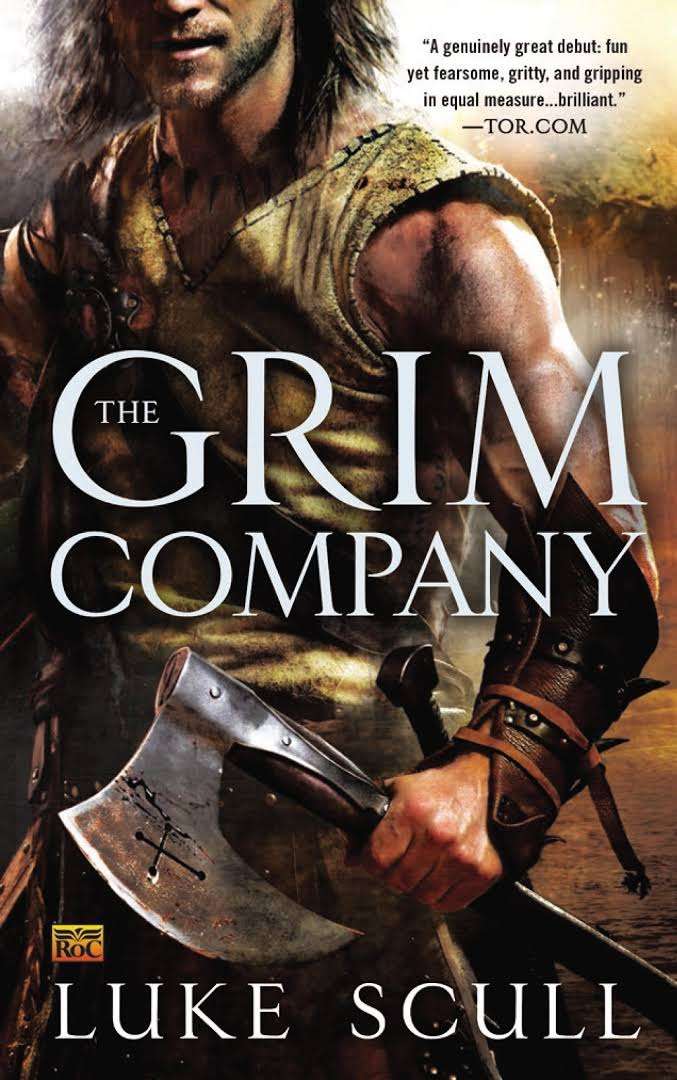 The characters are enjoyable and easy to read about, with plenty of misfortune to make a reader chuckle and keep burning through the pages (I do also love an aged barbarian exile character; it’s one of my favourite character themes). Most importantly, for me, those characters are morally ambiguous. I think that the best example of this ambiguity is also one of the most minor ones. The insight into Magelord Salazar we receive in the final chapters provides a wonderful moment of grey to the main antagonist and a linking to the perspectives and memories of many of the other protagonists.

The different factions led by the mages who left the gods rotting in the dirt and seas are enjoyable, showing a wide range of Scull’s world – from steppe-like nomads-cross-barbarians who have were-beasts and shamans, to the haven-like White Lady’s city where all seems wonderful and rose-smelling (I say “seems” as I really get the impression we’ll find out more about that in the next works), and to Dorminia where Salazar rules with a brutal fist and his Augmentors. The creatures and people under these different factions were imaginative, brutal, uncompromising, and more – everything I want in a grimdark novel. I found the White Lady’s assassin-style characters that first meet the Halfmage and help Brianna attack Dorminia particularly awesome.

The final battle is long and really enjoyable. It brings the POVs into the one fight, tying up some loose ends and giving you a really satisfying finale. It also left some sweet, delectable trailing pieces of storyline for more of Scull’s work. I’m just so happy I read this with only a few months left until Sword of the North comes out because I’m not sure I could have put up with a whole lot more anticipation than that.

Technically, the writing is clear and easy to move through, with nothing to jar me or have me back-tracking through chapters to try to understand what’s going on (apart from one tiny bit mentioned further down). There are plenty of little pieces of gallows humour, and the end twists are really enjoyable, with some characters given hope, and others… well… not.

One thing I wasn’t a huge fan of were some of the writing tools used for Davarus Cole. I liked the character, but at times felt like his insistence on becoming a hero – despite his myriad shortcomings – was a little shoved down my throat for my liking as a reader. I know that repetition is a fantastic author tool, it just felt a bit overboard in this instance.

Finally, and I warn ye’ most likely to suffer spoiler rage to turn back now, the ending where a certain character slays another certain character who had been clad in magical, seeming indestructible armour may come across as a little unrealistic when compared to what the armoured character had achieved in past scenes.

Overall, this is an absolute cracker of a book that I’d highly recommend. It’s a classic of the genre that every budding grimdark fantasy fan should read.