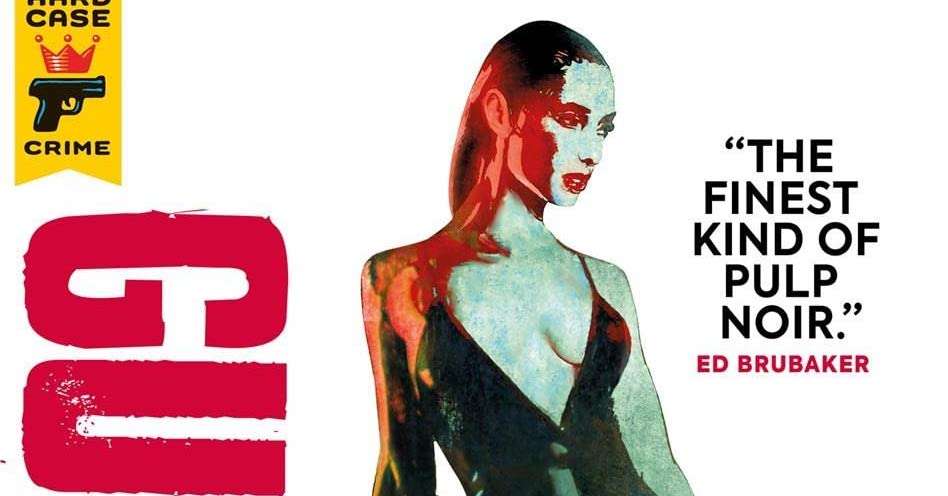 Gun Honey, by writer Charles Ardai and breakout artist Ang Hor Kheng, is a new installment for Titan Comics’ Hard Case line of crime comics. And it’s an impressive feat for a number of reasons, not least of which by absolutely nailing down the trifecta of being a stunningly raw delivery of pulpy, grindhouse, exploitation goodness. I can hear the soundtrack (there are wailing synths and horns involved), I can see the film grain and cigarette burns on the celluloid. If Tarantino wrote a comic, trying to encapsulate everything that’s flagrantly awesome about the crime grindhouse subgenre, it would turn out looking like Gun Honey. 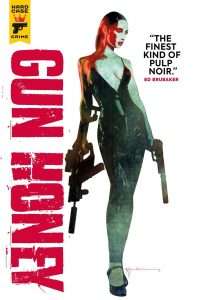 A lot of that has to do with the overall aesthetic of the comic, with Ang Hor Keng’s art and designs having an almost timeless feel to them but also being illustratively reminiscent of old school movie posters and pulp dime novel covers. It’s crisp and streamlined and flows so damn well. But more than that, Keng’s compositions in Gun Honey are effortlessly cinematic in a way that makes it easy to envision cuts and transitions, scenes falling and smashing from one to the next while the action never stops moving. Ardai’s written a breathless action thriller that doesn’t try to beat around the bush with any big mysteries or brain warping conspiracies. Gun Honey is burning hot schlock in the best possible way, with an ultra cool heroine in the driver’s seat who kicks all the ass and takes all the names. It’s a crime story and a revenge tale and Ardai even manages to slip in some stuff about family to round things out, but more than anything Gun Honey is about the spectacle. And it achieves that effortlessly.

Because what is pulp? What is grindhouse? It would be easy enough to just point in exasperation at Gun Honey and say, “This. This right here.” And it would be one hundred percent correct, but that’s reductive as hell. More than any kind of central theme, pulp and grindhouse are about using certain aesthetics and elements to create a specific experience. A specific feeling. An experience you feel embroiled in, a feeling that you’re being dragged along by the story and all you can do is hang on for dear life. It’s bare knuckle, it’s bloody and sexy and unapologetic and unflinching. Gun Honey is all of these things; an absolute experience that leaves you a little bit dizzy and breathless, wondering where the hell the time went and how the pages flew by so fast, but make no mistake it’ll leave you with a smile on your face and wanting more.

With Gun Honey we’re given the opening salvo of Joanna Tan’s adventures, a taste of her exhilarating life, a glimpse into the misfortune that shaped her into the hard living, take no prisoners absolute bad ass that she is and we see that she is a woman not to be trifled with. Someone imminently capable, someone with no problem burning the world down to get what she wants out of it. Someone who I cannot wait to read more about. If you’re a fan of crime thrillers, hardwired pulp, and edge of your seat grindhouse action then Gun Honey is a five star experience you can’t miss out on.