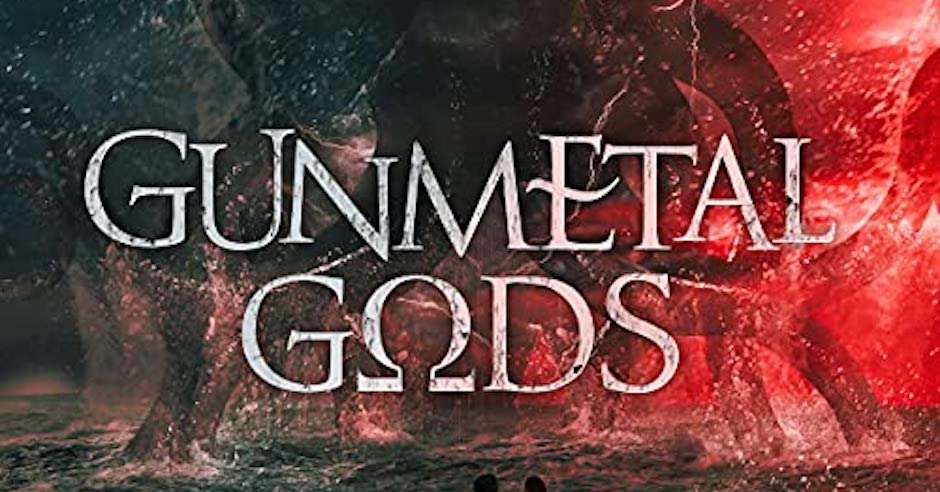 Gunmetal Gods is a novel focused on a fantastical analog to the Crusades. It’s told through dual points of view of both Kevah, a janissary soldier, and Micah the Metal, a paladin. 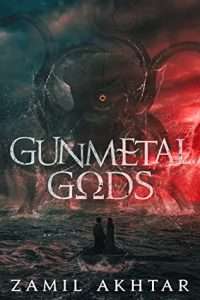 Kevah’s an old man now, forced out of retirement by his Shah for one last job. Over a decade ago he became famed as the only man to slay a magus, but in the process he lost his wife. (That’s literal: he has no idea where she’s vanished to.) Now he spends his time as a blacksmith, isolated from society. In addition to asking him to deal with another magus, his Shah asks him to consider remarrying. He also reconnects with his father figure and his adopted daughter in Kostony.

Micah is looking to take over Kostony, the holy city and seat of the janissaries. To this end he makes a deal with a different magus, a mysterious woman named Aschere.

Both main characters in Gunmetal Gods have a fascinating dynamic with one another. They both have similar mysteries surrounding them, both pieces in the same puzzle. Both want to protect the city of Kostony from the other. Kevah’s blacksmith history feels as if it’s a piece of Micah’s nickname of The Metal. There are several other pieces that fit together as the story goes on and revelations unfold.

Both characters get their own alternating chapters, which is common enough. Those chapters are both from a first-person point of view. The characters are separate enough that there was never any confusion.

The cultures of both groups feel fleshed out, with a few small traditions and commonalities working to fill in for numerous others. In addition to Kostony, we get a lot of setting with desert horse-riders and their culture. There’s also Labyrinthos, a massive labyrinth that also seems to be a gateway for otherworldly spirits and demons to enter the real world.

Religion is a huge part of Gunmetal Gods, but it never felt like there was quite enough to differentiate the worship of Lat from Angelsong. That could well be an attempt to show the duality and how underneath it all they were quite similar. I liked a side character, Jauz, and his discussion of the Wheel as his religion, which felt from its brief mention far more distinct than the other two. A few more rituals or discussions of holidays or history or any of the many reasons people believe could have made them stand on their own more, and I hope they get further exploration in future installments.

Religion also includes miracles, and I had a few problems with that integration into the plot. To be clear, these weren’t deus ex machina, and they didn’t solve problems for the heroes. They just felt like they stuck out. It didn’t help that that was the only section of the book where the POV switched from both Kevah and Micah to a new character, at the exact moment I was most interested in Kevah and Micah’s dynamic.

That said, the payoff of all of that worked very well. If you’ve read much modern fantasy, you’ll be familiar with the Sanderson Avalanche, the last few chapters where everything becomes revelation after revelation, plot twist after plot twist. That happens with Gunmetal Gods, filling in all the missing pieces between Kevah and Micah, how maguses work, Labyrinthos, and even religion.

The ending sets up a lot of fascinating plot threads, (and the sequel, Conquerer’s Blood, arrives June 20th) but also works as a stand-alone.

If you’re looking for a dark action-filled fantasy with a strong hook of an ending, give Gunmetal Gods a try.