REVIEW: Guns of the Dawn by Adrian Tchaikovsky 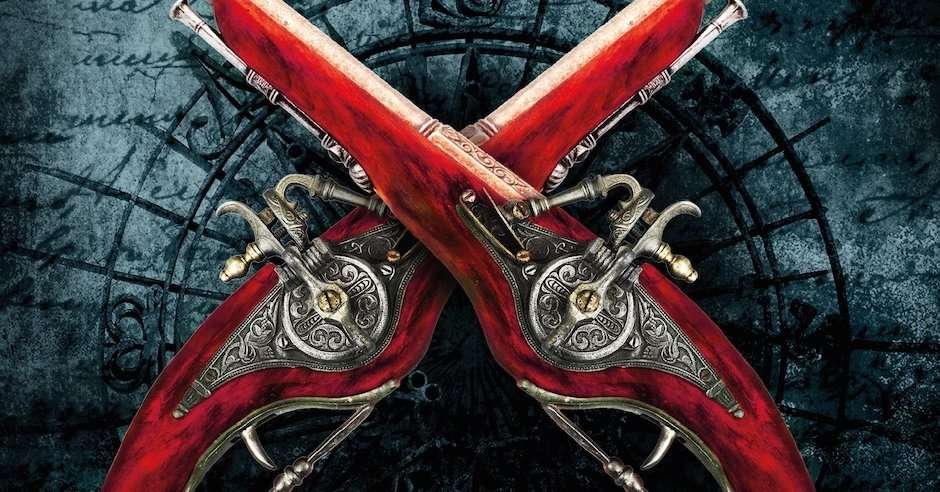 Guns of the Dawn by Adrian Tchaikovsky is a flintlock fantasy with a civil war / WW1 feel to it that had me engaged from page one. It’s a sad, at times suffocating, and action-packed read that really hit the spot for this modern history and fantasy buff. 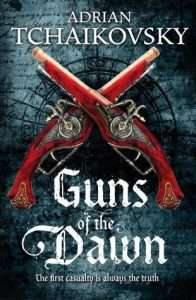 Emily Marshwic, noblewoman, lady of leisure, who’s never done a day of work in her life, is now sweat-soaked and knee-deep in a marsh with the musket-carrying footsloggers, trying to hold off the republican Denlanders and protect her king and country from this new world revolution.

It begins as all wars do. Young men sign up for adventure. Some die. The enemy is demonised and more men sign up to kill them. Then the casualties start piling in. And the years pass. And less people sign up until there aren’t enough and the draft begins. And that’s where our Emily steps into a uniform.

In the opening of the book, Tchaikovsky expertly creates a feeling of the home from during the war when it was fresh, ageing, and stale in what felt like just a few short pages. He is an expert in setting the scene and the context; at times it felt so aligned to the history books I’ve devoured over the years that it could almost be real.

Tchaikovsky’s depiction of the changing psyche of soldiers, or their gradual detachment from their old lives and who they were and what they cared about is utterly enthralling. He depict the mentality of soldiers pre-war, during war, and post-war. It feels like he’s really done his research on PTSD, returning home soldiers, and men and women at war. Emily’s feelings and views and descriptions really hit the mark.

Guns of the Dawn feels like a mixture of The Patriot, Kokoda, Band of Brothers, and All Quiet on the Western front all wrapped into one flintlock fantasy story. All told, Guns of the Dawn is a magnificent read. It’s highly engaging, action packed, and hits all the right emotions throughout to keep you turning the pages.

Read Guns of the Dawn by Adrian Tchaikovsky