REVIEW: Half a King by Joe Abercrombie 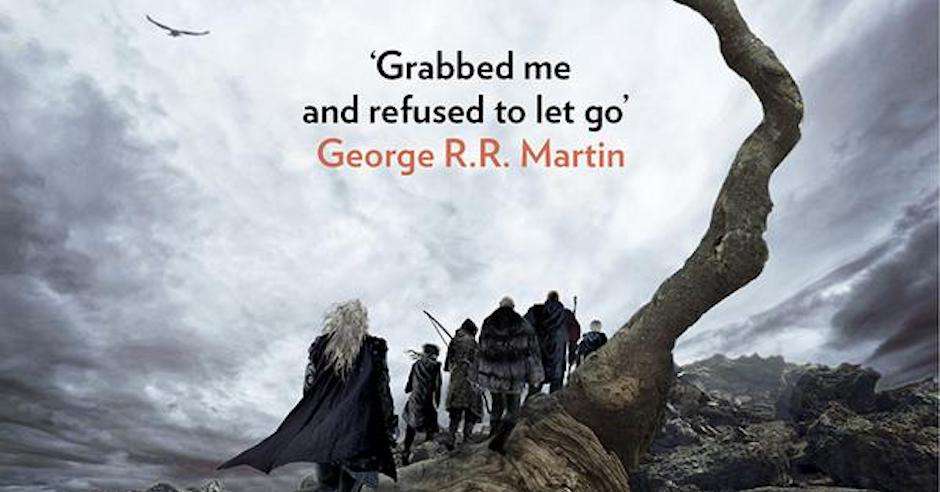 Half a King has been touted by some outlets as Abercrombie’s foray in to the realm of the ‘young adult’ fantasy novel but do not let the age of our protagonist fool you. This is not a children’s story. It is as dark and brutal as one might expect from Abercrombie and, although slightly shorter than some of his other offerings, it is still a respectable length at just shy of 400 pages in length. 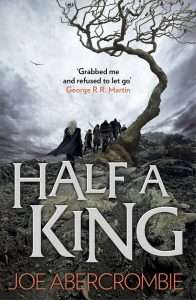 This first novel in the Shattered Sea trilogy tells the journey of the cunning young Yarvi and his mission for vengeance along with the reclamation of the Black Chair of Gettenland after a trail of murders and usurpers. The throne is one Yarvi did not want nor expected to sit on as the younger son of a legendary King with a malformed hand making him a poor warrior and weak in the eyes of his countrymen. Instead Yarvi had been destined for a life as a member of the kinless Ministry, acting as a healer, archivist, and advisor to the Ruler.

Every one of Yarvi’s sharp wits are tested in the mission to regain his throne. On his journey we meet a range of other characters and are never completely sure of their true purpose. Some help, some hinder, and some form part of an unforeseen bond of friendship like which Yarvi has never felt before.

The lands of this world have a distinct Scandinavian feel and parts of the novel do have a sense of the marauding Viking to them. However there is a comforting familiarity to general premise of a medieval dystopia where the sword seems to rule a bleak and bloody world. The narrative simmers and thickens in a delightful way and mostly short chapters mean it can be read at a relatively fast pace. The world building is less dense and complex than other Abercrombie works which adds to the feeling that this is a quick read, but it is still fleshed out enough to be engaging. There are subtle clues sprinkled throughout pointing to its ending but the main plot twists are unpredictable. The action scenes are bloody and most of the characters well developed. Yarvi himself displayed the moral ambiguity that even at the end of the novel left me unsure if I was rooting for him or not.

Half a King is everything I want from a Joe Abercrombie novel. It is gripping and fast paced from the outset, with a maze of twists and turns that keep you enthralled from cover to cover.

Read Half a King by Joe Abercrombie