REVIEW: Half the World by Joe Abercrombie 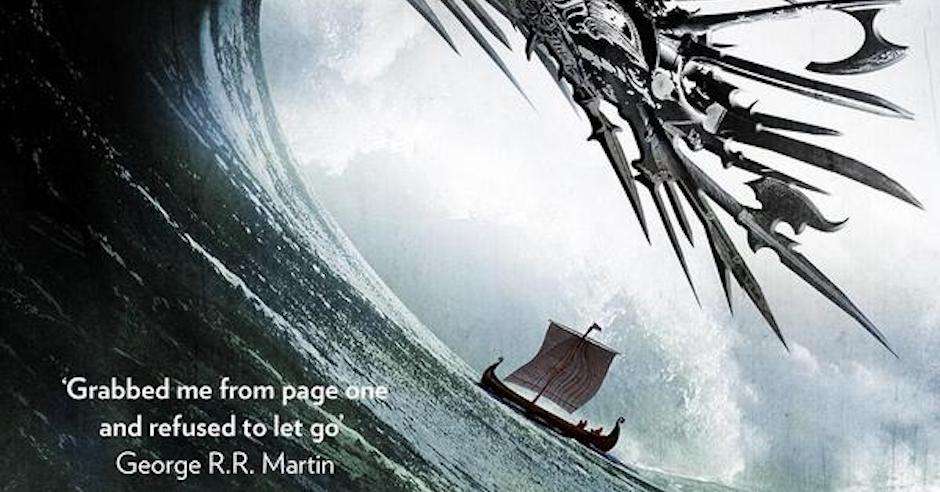 Half the World is the second instalment in Joe Abercrombie’s fantastic Shattered Sea trilogy. I was very glad that when I first read the series I was able to pick this up as soon as I had finished its predecessor Half a King. It is as gripping and engrossing as I had expected and this entry became my favourite of the trilogy. However, I believe that Half the World could stand on its own spine and although reading it as the second novel greatly adds to the depth of a reader’s enjoyment and understanding it is not absolutely essential. 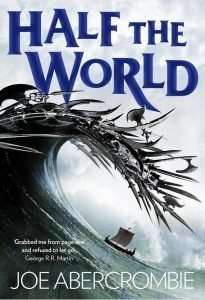 In Half the World Abercrombie maintains the same fast pace and clever prose that he established at the start of the series. But there are some big changes from the first page that drastically alter the dynamic of this novel. The half handed Prince Yarvi is now Father Yarvi, Minister to the King of Gettland. He remains a significant character, but Half the World has more of an ensemble company of key characters instead of one clear protagonist. This variation in perspectives is a change that I personally quite like. I enjoyed Yarvi’s narrative in the last novel, and he remains a cunning genius in this one, but watching his plans unfurl from the viewpoint of other characters rather than from the mastermind himself gives Half the World a different, less omniscient, feel.

The key themes of the novel remain the same: Yarvi is still bound by his vow to avenge the deaths of his father and brother, the Shattered Sea is still surrounded by unstable and violent kingdoms, and Abercrombie has still stitched in wonderful details to his plot that are a joy to read at the time, but even more clever when you can finally take in the whole tapestry that he has created. It is a delightful skill when authors are able to discreetly leave a subtle trail secrets about the bigger picture of the plot and not something I could fully appreciate until I reread this series.

On the first page of Half the World we meet two of the new central characters, the war hungry Thorn Bathu, desperate to prove herself and win a place in the King’s raiding party, and the young warrior Brand, who is strong and skilled but does not have the heart to kill. This unlikely duo quickly find themselves woven in to Father Yarvi’s schemes and the three of them become part the crew on another sea faring voyage across the Shattered Sea. This gruelling voyage is where the title of the novel is taken from, as Abercrombie does indeed take them from one half of his world to the other in the mission for Yarvi to gather allies for Gettland in its continued fight against the High King.

As one would expect from any Abercrombie offering, Half the World is riveting from the get go. The battles are bloody and violent and the action moves quickly but equally the lulls in between show the humanity and humour of the characters. It is an intense read with no easy place to put it down, so when you open it up expect a late night.

Read Half the World by Joe Abercrombie