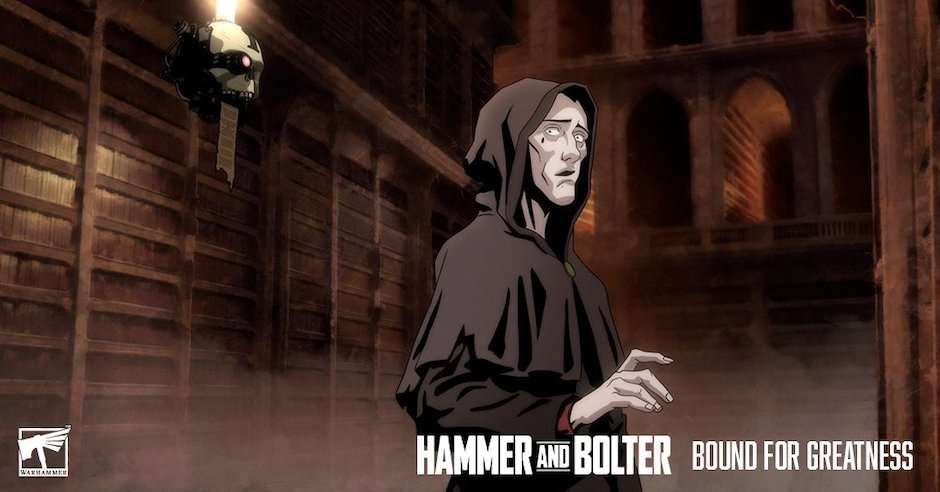 In Bound for Greatness Adept Neath counts books at an Imperial librarium. He’s not allowed to read. He’s not allowed to talk. His job is one of repetitive boredom, and of commitment to the Imperium and the Emperor. He counts the books, he makes sure the right number is there, and he prays with all the faith he can muster.

His world is turned upside down when he realises that sometimes there are the wrong number of books, and a fellow adept confronts him about the missing books. Shadows haunt the book stacks, but can Neath uphold his Imperial faith? 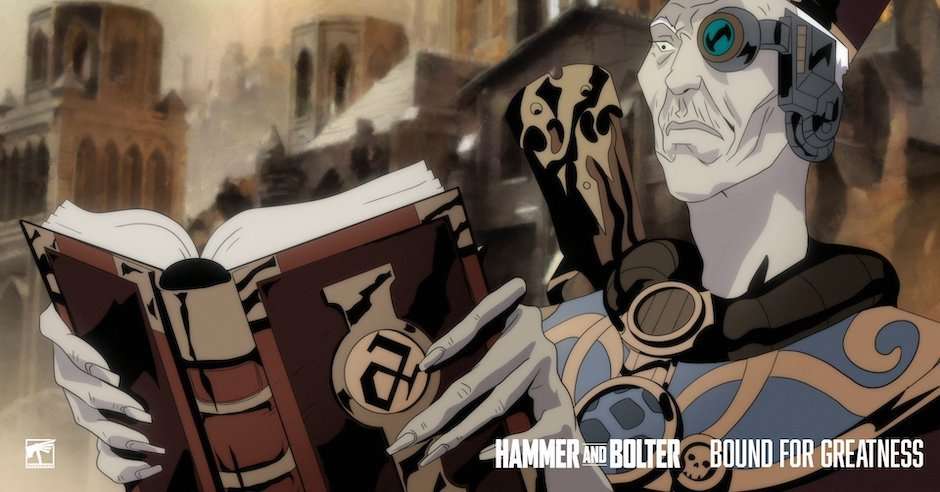 Bound for Greatness is a story that highlights both the ridiculous beurocracy of the imperium, and the insidious nature of the spiritual enemies of humanity. And, in a consistent theme of the 40k universe, how the former enables the latter.

Reminding me of Castlevania in its animation style, this episode is definitely a slow burn (as much as possible for a 17-minute-and-change episode) and won’t appeal to people who follow 40k for buzzing chainswords, hamming bolters, and colossal void wars. It will appeal to those who love the Chaos faction and it’s insidious nature. Not always are worlds won with fiery combat; sometimes it’s with quiet infiltration and the promise of change in a galaxy that has grown stale and stagnant.

The message Bound for Greatness carries is a key one for the 40k universe and 40k lore. It speaks of the common Imperial citizen (one of the countless many) and how hiding them from the horrors of the universe maybe protects them, and maybe leaves then undefended against them.

Another interesting episode for Hammer and Bolter. I’m glad I watched Bound for Greatness, but I’m equally glad it was a short episode, as it’s not quite my jam. I can’t wait to see what’s next.

Watch Hammer and Bolter: Bound for Greatness on Warhammer+