REVIEW: Hammer and Bolter: In the Garden of Ghosts 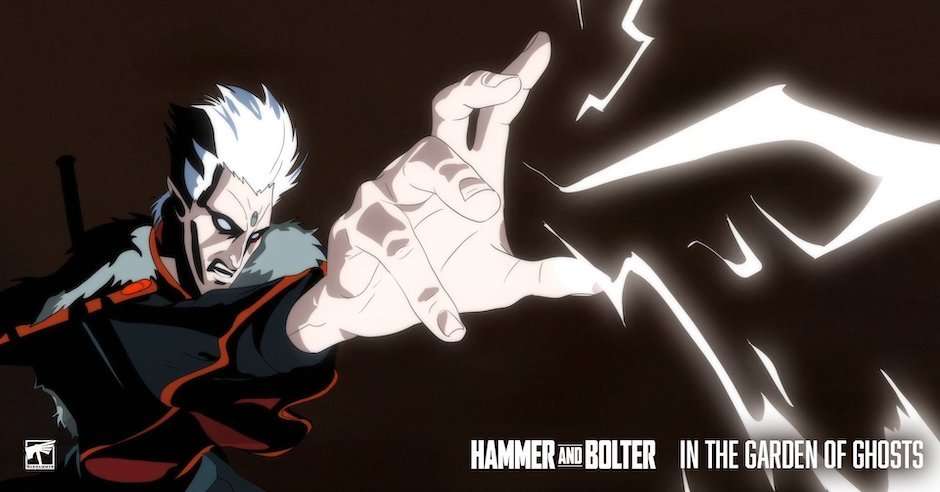 In the latest episode of Hammer and Bolter, In the Garden of Ghosts, we get a look into the life of the Craftworld Eldar across three timelines in a Warlock’s life. It’s a quiet and peaceful episode interspersed with immense violence and destruction, and one of my favourites so far.

In the first timeline in In the Garden of Ghosts we see the Eldar craftworld—a spaceship planet for a humanoid species probably best described as space elves with an ancient Japanese feel to them—as it was meant to be. Peaceful, beautiful, full of music and creativity. In the second we see the Ultramarines invade in huge strength, vicious and brutal barbarians in the eyes of the Eldar. In the third, current timeline, we see a warlock present in all three searching for something close to his heart. 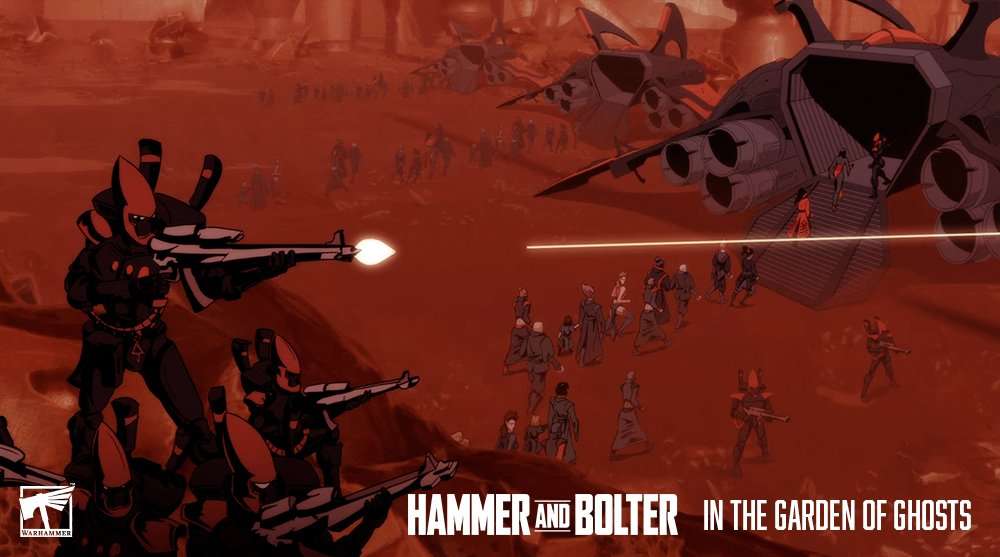 In the Garden of Ghosts, despite dealing with three timelines in around twenty minutes, is wonderfully structured to tell the story. The beautiful music really adds to the theme and drives in the sought after peace of the Eldar and the horrific loss of it. I especially enjoyed the perspective on the Space Marines as a destructive barbaric force. The ending landed really well, sad and resigned and hopeful all at the same time. Very much like the species itself.

It did seem a bit odd that the side we assume won the battles portrayed left their dead everywhere, but I think that was for cinematic benefit, versus actually making sense. The Eldar would have taken their soulstones, and the space marines their dead (or at least their armour and organs).

Overall In the Garden of Ghosts is a top two episode for this series so far. The music really nailed the theme and feel of the Eldar, and the story was beautifully structured. Bring on episode seven!

Watch Hammer and Bolter: In the Garden of Ghosts on WarhammerTV