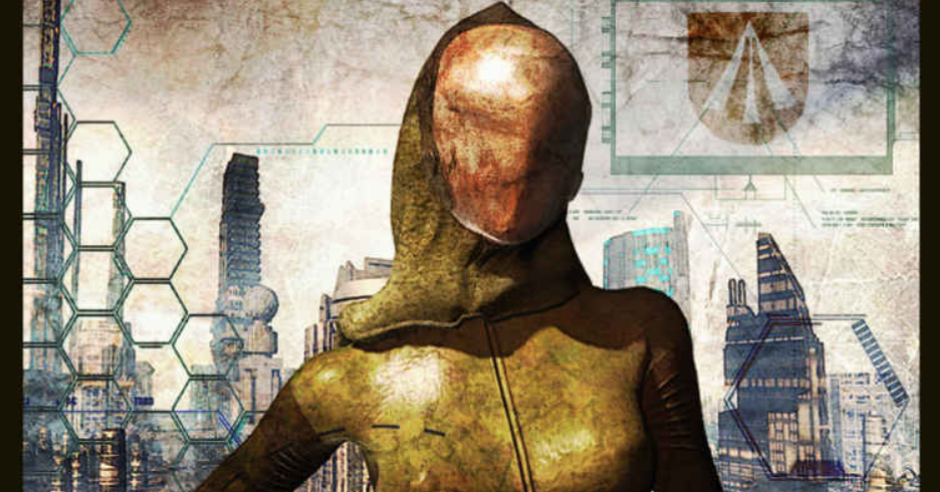 Hardwired by Walter Jon Williams is one of the foundational works of cyberpunk and something that was instrumental for the creation of Mike Pondsmith’s Cyberpunk 2020 (later Cyberpunk 2020) as well as spin-off Cyberpunk 2077 by CD Projekt Red. It is a world where the super-rich Orbitals have defeated the planet Earth’s Grounders and forced crushing unequal treaties upon them that are designed to make them wealthy beyond imagination. What this has done is also create an invisible economy that caters to the new market realities. 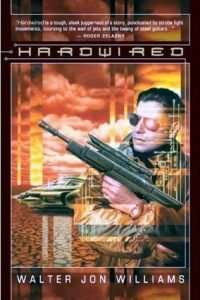 The book is centered around two protagonists: Cowboy and Sarah. Cowboy is a driver of a hover-tank across the badlands of America, delivering high-value items like medicine and other objects that bandits would otherwise seize. He’s of the belief he’s part of a noble resistance to corporate control but is really just another layer of them bleeding the Earthers dry.

Sarah is a prostitute turned assassin who is trying to deal with the fact her junkie brother is not going to survive much longer if they don’t get out of the environment they are in. She thus accepts a job to eliminate one of the Orbitals and upload a virus to their computer access despite how shady it all is. No sooner does she successfully pull off her mission does she find out that she’s now a loose end.

Hardwired will feel familiar to a lot of gamers because it is one of the bases for the “corporate warfare” theme that so many games are based around. The Rock War means that the corporate-controlled Orbitals have already won. What our heroes are fighting for is not to save the world but to simply save themselves. Many of their most effective acts of resistance are actually variants of white collar crime.

The bad guys can’t be overthrown but the system can be damaged and that’s perhaps the best thing that they can ask for. Not to destroy the oppression of the rich Orbitals on the poor Grounders but to throw a wrench in the system. Even that is perhaps too much because our (anti)heroes would gladly let bygones be bygones if not for the fact that they are hunted like animals. It’s a matter of survival and a cornered animal is at its most dangerous.

There’s a certain level of familiarity with this material that seasoned cyberpunk fans will find derivative: the evil megacorps, plucky antiheroes, weird cybernetic enhancements, and more. However, that’s because this is the book they’re all copying. This is a book that was written in the Eighties and is not given nearly the amount of attention it derives. It’s a classic of the genre but often overshadowed by Neuromancer and Blade Runner for its influences. Really, it’s a shame this has never been adapted to a movie or series.

In conclusion, I strongly recommend this book and think this is best treated as a one and done. It is technically a part of a series but this is a self-contained story that can be enjoyed on its own merits. The ending is perhaps a bit too happy but there’s significant cost to everyone and what victory that is achieved is done by being dirtier bastards than everyone else. The world moves on and it’s questionable whether it’s better or worse for what’s happened.