REVIEW: Heart of a Dragon by David Niall Wilson 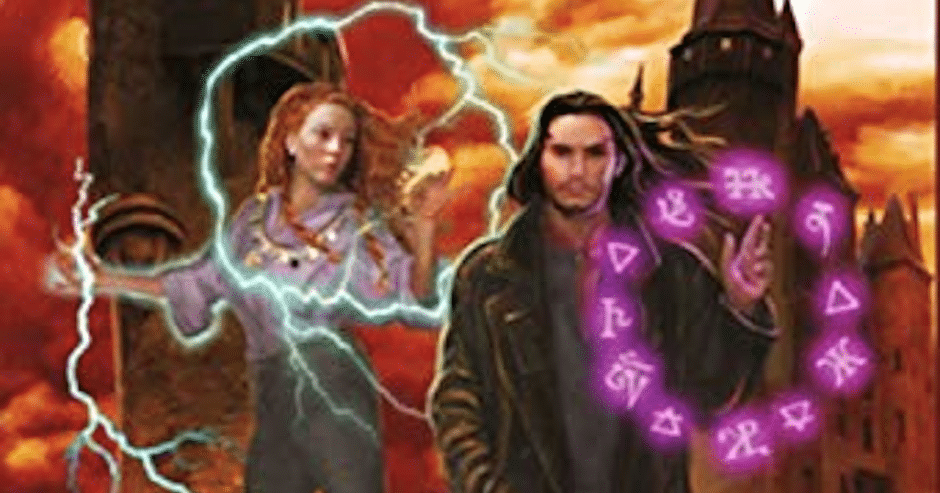 Heart of a Dragon is an interesting introduction to the shared universe of David Niall Wilson’s Dechance Chronicles. Several of his series take place in this universe ranging from his O.C.L.T government agency tales to his recent Hoods teen superheroes stories. The supernatural is real in his world but it is hidden from the prying eyes of the public. 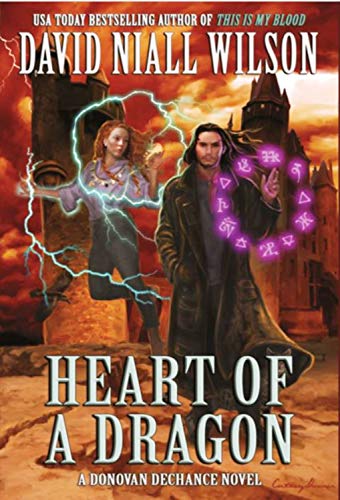 Dovonan Dechance is a gentleman wizard that doesn’t get much backstory but exists as the invisible protector of San Valencez, a fictionalized version of San Diego that is based around the author’s experiences there. Dovonan walks around the city using magical doors linking him to every alley and building while collecting a variety of ancient artifacts. He’s a man of a different time and ill-suited to dealing with the dark and gritty forms of magic that have taken root in his city in recent years.

The central premise is that Dovonan is forced to deal with the fact that magic has trickled its way down to the Dragons and Los Escorpiones street gangs. A bokor, Anya Cabrera, has armed the Los Escorpiones with black magic that has allowed them to summon gods into themselves and make themselves invincible. The Dragons, by contrast, have begun using artistic magic to channel the power of dragons into themselves. The fact both gangs are using cosmic powers just to kill each other better is something mystifying to Dovonan but he has no immediate recourse for. It doesn’t help that he knows the hedge mage who is helping the Dragons and has thoroughly burned all bridges with him due to refusing to help him decades ago.

I appreciated the Dragons’ side of the story a bit more than I did Dovonan’s part of the tale. Unlike, say, Jim Butcher’s Dresden Files, this story isn’t completely told from Dovonan’s perspective. The most interesting perspectives are definitely Martinez the hedge magician and his student Salvatore. Salvatore has been dreaming of dragons his entire life and they are capable of manifesting through his paintings but it is something that the local gang is willing to exploit. The fact they assume their totem animal will care about their petty street war is another one of the mistakes made by the magicians playing with forces they can’t comprehend.

I like Dovonan’s “fish out of water” relationship with the magic of the street when he’s a high hermetic magician that is more Doctor Strange than John Constantine. John would have been able to resolve this much easier but Dovonan is a guy more accustomed to exploring tombs and ancient libraries. I was also fond of his girlfriend, Amethyst, who is another high wizard living in the city. Their relationship was really sweet and I wished we’d learned more about the circumstances in which it arose.

Overall, there’s a lot of good to say about Heart of a Dragon. It isn’t much interested in world-building, though, but giving a short snapshot of a conflict. The magic system is what I was most interested in with sorcery being composed of multiple paths and dealing with higher dimensions that interpose themselves on our world. There’s a few weaknesses in that I feel like the main characters remain a mystery despite how much time we spend with them but I felt the plot was pretty solid from beginning to end.

Read Heart of a Dragon by David Niall Wilson