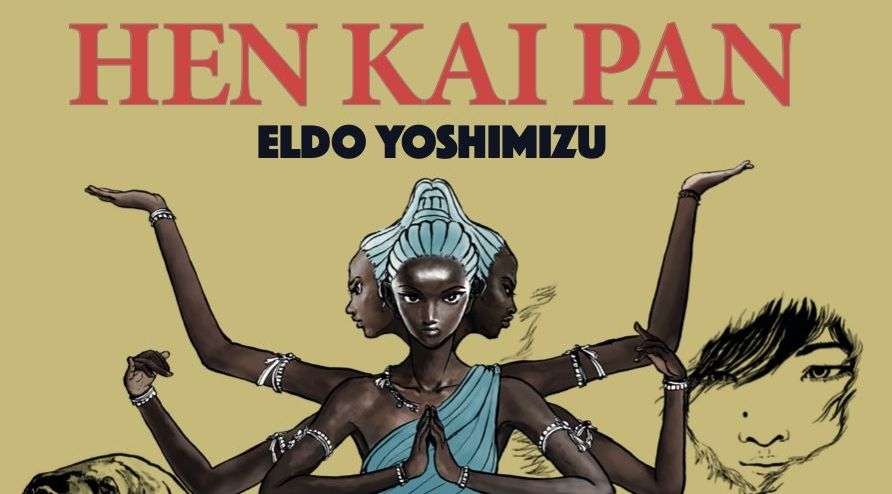 Hen Kai Pan (which translates to “One and All”) by Eldo Yoshimizu is a surreal, abstract experience that concerns itself largely with the philosophical nature of man’s existence and the question, “does man deserve the Earth?” Humanity, though, has very little to actually do with the story itself as it’s told throughout the pages of Hen Kai Pan. Instead, we witness a number of humanoid spirits as they observe the planet and sit in judgment of humanity itself, debating amongst each other what should be done and what man’s ultimate fate should be. The entities could be considered gods, but that term feels almost too simplistic for what they actually are. Hen Kai Pan’s cast of characters are seemingly humanoid representations of various facets of nature itself, their thoughts and motivations ultimately alien and beyond mortal comprehension. 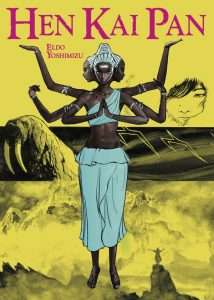 I assume this is why most of Hen Kai Pan revolves around the conflict of what could be considered a “lesser being,” one closer to humanity who works as a kind of intermediary of the nature spirits and serves as their living will. Ultimately, though, their fate—much like that of the reader—is simply to witness. Much of the drama and the action of Hen Kai Pan is a foregone conclusion. The fate of humanity, the fate of the planet, is set in stone. Is it because of the choices humanity has made? Was humanity always destined to walk the road it chose? Honestly, Hen Kai Pan presents a number of rather tough questions regarding the nature of existence and mankind’s role on the planet. And while at times it may seem bleak, much as the state of the world today oftentimes is, it offers a glimmer of hope somewhere off in the future as well—if not for humanity, then at least for the planet.

Hen Kai Pan is a thoughtful rumination that at times is a little bewildering, but throughout it is stunning and beautiful to look at. The art is phenomenal, Yoshimizu working in inks and washes to convey the story, at times creating staggeringly surreal imagery which left me simply staring at the pages. There are truly lovely moments strewn throughout the story, as well as gut-wrenching ones. When I was done, when I’d turned the final page on Hen Kai Pan, I found myself stuck wondering about life. Perhaps that’s the strength of the story, and the hope of its creator, that it will cause readers to think and wonder why. I’m giving Hen Kai Pan four stars for that reason, as it’s so rare to find a piece of work so thoughtful and affecting.