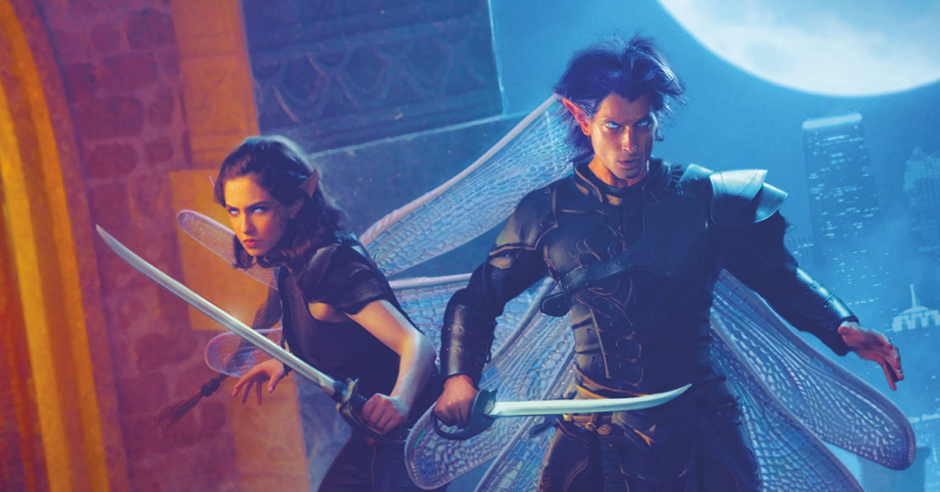 Picking up Jim Butcher and Kerrie Hughes’s new story collection Heroic Hearts, you learn that heroism comes in many forms, whether flying, furry or four-legged. Harry Dresden may be a battle-hardened Chicogoan wizard, but Harry would have gotten nowhere if it were not for Toot Toot. Likewise, in Kevin Hearne’s Iron Druid series, we all know that it isn’t Atticus that is the main character but his four-legged Irish Wolfhound Oberon. 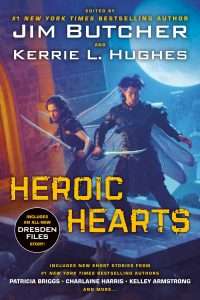 Heroic Hearts is an absolute feast of stories for lovers of Urban Fantasy. Many of the biggest names in the sub-genre are a part of the collection. If you are longing for that little bit of extra information about some of your favorite characters, Heroic Hearts does a great job alleviating that desire.

Not every story is a hit; doing that in a short story collection is practically unheard of. You get this many authors together, and not everyone’s writing style is for every reader. However, Heroic Hearts is solid the entire way through; even when the stories did not personally hit me as a reader, they still were all decent stories. There are some notable ones that sung to me as a reader.

Firstly, the story that starts the collection is Jim Butcher’s Little Things, read on the audiobook by James Marsters of Buffy the Vampire fame. Marster’s has done all of the Dresden books, and as a long-time audio listener, I can now not separate the two. The voice of Dresden’s world is James Marsters. Little Things is about the battle of Pixie General Toot Toot, never underestimate the tenacity of creatures in Dresden’s world, whether they big or small. They will surprise you.

When an enemy attacks the defenses and breaches the castle walls, Toot Toot and his army of wee people go to battle. They protect Dresden for once instead of the other way around, and Dresden gets some quiet moments to rest and recuperate after the events of the last novel. It is a truly delightful novel. Toot Toot is as sparkly and lively as Pixies should be while being downright bloodthirsty and unforgiving.

Train to Last Hope by Annie Bellet, read by Maggi-Meg Reed, was excellent as well, but in an entirely different way than Butcher’s story. Train to Lost Hope is about love and loss. Ten years ago, the two women said goodbye to their bright and bubbly daughter and never heard from her again.

Drowning in their grief, one felt that she was dead, and the other thought she was still alive; it tore their love asunder. The wife, who did not believe her daughter had died, gets some new information. She picks up her ex-wife to see if they will have luck getting the townsfolk to talk to them. It is painful. It is the type of story that sticks in your teeth, and you find yourself chewing on it for a few hours after you read it. It also was an excellent counterpoint to the bubbliness of the other stories. Courage and heroism come in all shapes, even if it is the courage to let go.

Fire Hazard by Kevin Hearne is a lovely story where we get to have Oberon, one of my favorite dogs in all of fiction, center stage. A wildfire is burning in the Australian brush, and Atticus and his family (two dogs) go down to the fire to see if they can assist the earth deity in stopping the fires. He gets more than he bargained for. It is so much fun; pretty much any story equating sausage to courage is a solid win for me.

Grave Gambles by R.R. Virdi, read by Travis Baldree. This is a standalone story, but it needs to be a series as soon as possible. It reminded me of a slightly weird supernatural take on Quantum Leap. The protagonist wakes up in the bodies of the dead with a number on his arm. That number is how many hours he has to solve the crime of the person’s death. This often leads to more extensive and more complicated crimes. When the protagonist wakes up with a number 1 tattooed on his arm and in a dumpster smelling of rot. He knows that he needs to work fast. Using some of his detective skills, he can piece together a crime.

Troll Life by Kerrie L. Hughes, read by Sean Patrick Hopkins, is easily my favorite story of this collection. Our protagonist troll works at a train station, has a barghest as a pet and speaks to trains. They respect him. This already had my interest peaked. Trains that communicate telepathically sounds rather cool. He does his job day in and day out, hoping to move up a little in the world. When other supernatural creatures chase some runaway kids onto his platform, his protective tendencies emerge. Trolls aren’t flashy, but they are immune to magic, calm, and loyal. The way this story was written, I had no problem building a mental picture of the troll protagonist in my head.

If you are looking to discover some great new authors or catch up with some old friends from a solid tried and true urban fantasy series, Heroic Hearts is an excellent collection.