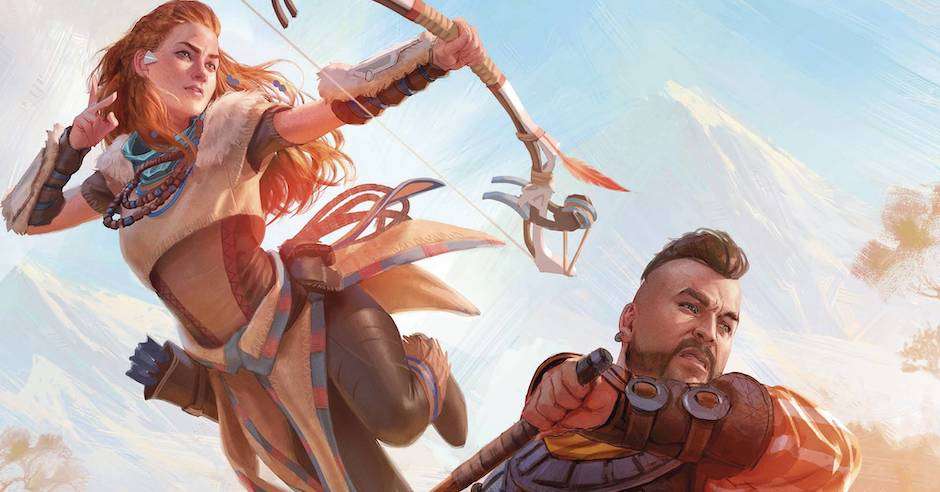 Horizon: Zero Dawn – Liberation from Titan Comics, written by Anne Toole and drawn by Elmer Tamaso, is an exciting slice of science fantasy set in the world of the record breaking and award winning video game of the same name. That’s something of a double-edged sword, though, because while Horizon: Zero Dawn – Liberation is very lovely to look at and a lot of fun to read, it assumes the reader has some kind of prior knowledge with the game world going into it. It’s not a total deal breaker, not by a long shot, but to truly appreciate the story being told and understand the world it’s taking place in it certainly helps to have some kind of functional grasp of the game. That beings aid, Horizon: Zero Dawn – Liberation is a great miniseries that tells an exciting tale within a tale, following along a pair of characters in pursuit of a criminal while one relates a story of their past as they go.