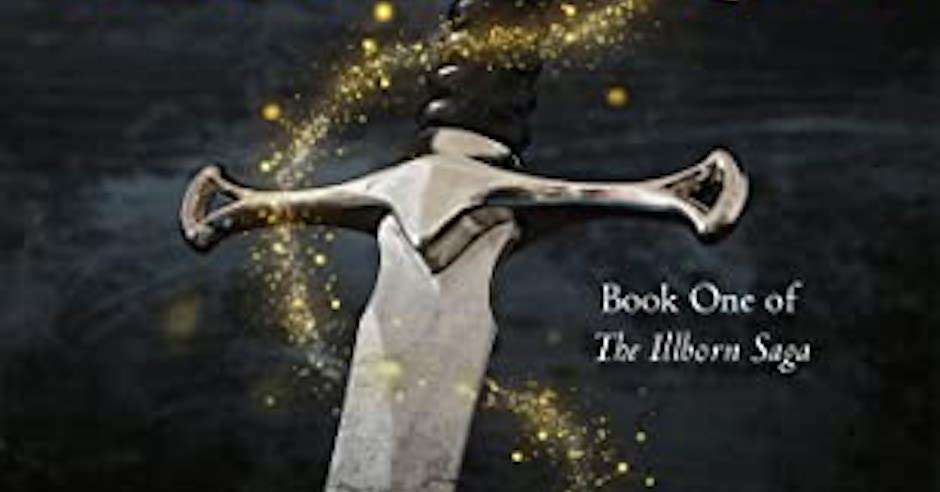 Illborn is the debut novel from author Daniel T Jackson and is published by independent house Matador. The novel is just over seven hundred pages so is a lengthy and enjoyable reading commitment. As the first instalment of the ongoing Illborn Saga, which will hopefully be an extended series, Illborn is a fantastic, dark fantasy novel and will appeal to fans of Robert Jordan’s Wheel of Time or George R R Martin’s Game of Thrones. I purchased my copy of Illborn from www.thebrokenbinding.com and they still have signed copies in stock. 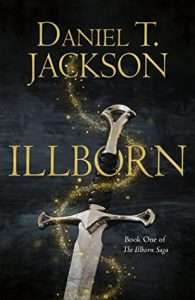 One thing that I loved about Illborn is that, despite its significant size, being only the first part of the saga it did not feel overwhelming like other more established epic series. It is a vast narrative, the plot spans many years and covers a whole continent through the perspectives of the four main narrative voices. Alanna, Corin, Leanna, and Arion are all in their late teens at the start of the novel and have nothing in common other than a shared dream and their burgeoning magical powers. In general the multiple points of view narrative follows these four characters on their different arcs with some minor intertwining, until the denouement where they eventually overlap. In the hands of another writer this could have felt dreary or repetitive but Jackson did not make it so. Illborn maintains a good pace throughout and each chapter ends with enough intrigue to maintain the reader’s interest. The even split of narratives with two male and two female voices gives good balance to Jackson’s novel and it feels like the attention is equally split over the course of the narrative between all four views. It is a true ensemble with no single main character and the other perspectives found in the prologue, interludes, and epilogue had me insanely curious as to what will happen next in the series and the parts these other voices will come to play.

The setting of Illborn is quite traditionally grimdark, in a feudal world with centuries of religious history and attempts at crusades to spread the word of The Lord Aiduel. The character of Corin offers a divergence to this as his arc takes place on the more Scandinavian island of Bergen, but the other narratives focus mainly on the three countries of Andar, Elannis, and Dei Magnus that are more similar to a medieval mainland Europe. Jackson does not shy away from the grittier aspects of a grimdark novel and there are elements of violence and torture in Illborn but they are not gratuitous or overly explicit which makes them all the more effective. Unexpectedly for a darker fantasy there are also some surprisingly sweet aspects to the story which offers a pleasant contrast to the harsher times. In particular the love story for Corrin and his wife Agbeth was one of the nicest parts of the novel. The religion that Jackson has created in Illborn suits the old-fashioned setting of this world and there are examples of justly devout characters as well as some truly terrifying zealots and evil men hiding in the guise of devotion. The spread of religious control and the increasing peril of war builds up and feels like a very real and pervasive threat, more so than perhaps the specific sinister persecution faced by the foursome for their magic.

Each of the four narrative voices has a clear expression and flair to it, and they are all equally compelling. I think each reader will have their own personal favourite but they are all likeable for different reasons. I initially found it to be confusing that there were similar names of characters or places but this settled quite quickly and as the novel is so immersive this is soon forgotten. The only minor criticism I have for Illborn is the use of some of the more modern language. Although fitting for the ages of the characters it felt jarring for this medieval world to have people say ‘OK’ or ‘Mum’ when I first came across it, but again this settled quickly and simply became a part of the style.

Although this is Jackson’s first novel it is a clearly established, believable world and Illborn feels like a small part of something massive. I am genuinely excited to explore this world further and expect great things from this series. There is some satisfaction that the conclusion of Illborn tied off most of the narratives but also the scene has been set for the next novel and I have high expectations for future intrigue and epic adventure. There were two places in this novel where I swore out loud and was so surprised that I desperately wanted to know what was going to happen next. The first of these was in the prologue, so from the very beginning of the novel I was emotionally invested. The second was unfortunately in the last page of the epilogue. This cliff hanger is exceptionally frustrating and I sincerely hope that the next instalment of The Illborn Saga picks up exactly where Illborn left off. 4.5/5