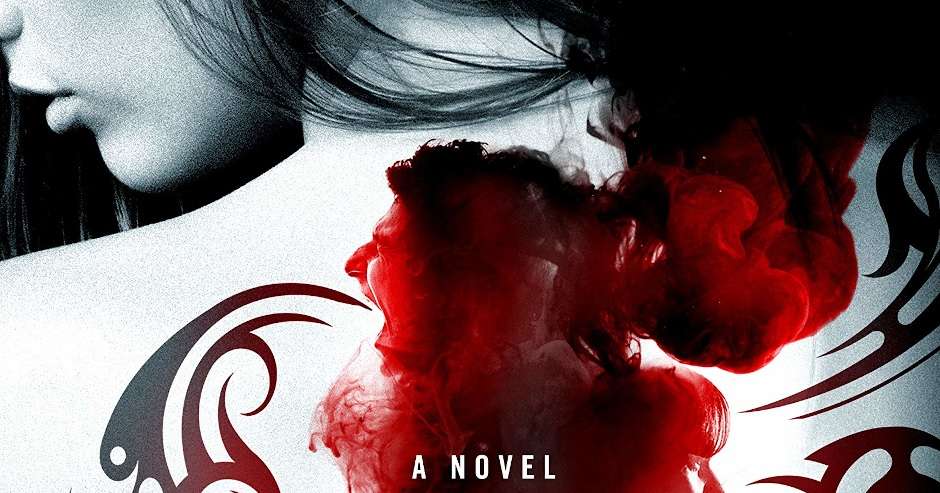 The concept of a dream thief, or a stealer of memories is fascinating. A creepy villain with the ability to sneak in and access the mind of victims, especially in such a way as to be unnoticed, is quite scary. What Jonathan Maberry does in Ink is that, but he takes it to a higher level. In Ink, the method of the villain’s access is as intriguing as the theft itself. He gets in by way of the victim’s tattoos.

Several characters from different walks of life come together in the small town of Pine Deep, Pennsylvania. This is a town that Maberry has had as the central location for some of his works before, but it’s not necessary to read those first (I haven’t). There is a good bit of background, but the essentials are provided in story to cover the reader’s lack of experience. 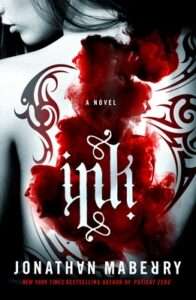 Monk Addison is a skip tracer, a private investigator specializing in tracking down those who have skipped bail. On the side, he’s a bit of a vigilante with a history as a special ops soldier and mercenary. He has faces of the murdered victims of those he hunts tattooed on his skin to remind of him of why he does this grim work.

Patty Cakes is a tattoo artist settling in Pine Deep, with a gift of tattoo artistry handed down through her Vietnamese ancestry. She has a tattoo of her deceased daughter on her forearm, where she can see it each day. Except, it’s starting to fade…

Owen Minor is the Lord of the Flies, named as such as he uses his own tattoos of blowflies to access and steal the ink from people. He isn’t sure how he has this ability, but he makes use of it. The flies move out and upon making contact, can absorb the tattoos and associated memories then transmit them back to Minor for his personal use. He can also use the blowflies to quite literally get under their skin, and he’s able to exert some degree of control in the short term.

Mike Sweeney is a cop in Pine Deep who comes across a couple from out of state who got into a car accident after having an argument about the man’s missing tattoos, which he does not remember having. The woman is upset, as the tattoos were a reminder of her recent battles with cancer – something that she’s quite disturbed that her husband has forgotten. Not only the tattoos, but the memories associated with them.

Several incidents of missing tattoos are soon being connected, as Sweeney and the police chief, Malcolm Crow dig deeper to discover what sinister forces are at work in Pine Deep, which is no stranger to the weird.

As fascinating as the story is, what really brings Ink to life is Maberry’s focus on character. He creates intriguing characters with rich backstory, then as they interact with each other we as readers can really make connections.

“They held each other, clung to one another. Patty screamed and Monk wept and their heartbreak filled the whole world.”

The reader feels not only connected to the characters, but almost as if submerged in the story right alongside them. We feel their pain and confusion as they cope with lost memories and question their sanity. We feel the violation that the Lord of the Flies has made over each as he steals essential parts of their souls, and gets off on it.

I’ve read several Maberry novels and stories before, but this was my first time to visit the town of Pine Deep. It does seem to be set in the same universe as the Joe Ledger stories, of which I’ve read a few. I think it’s safe to say that I’ll be putting some of that work on my reading list, starting with the first in the Pine Deep Trilogy, Ghost Road Blues. In a perfect world, I would have read those first, but that didn’t lessen my enjoyment of Ink in the slightest.

Thanks to Sarah Bonamino at St. Martin’s Publishing Group for providing this eARC.