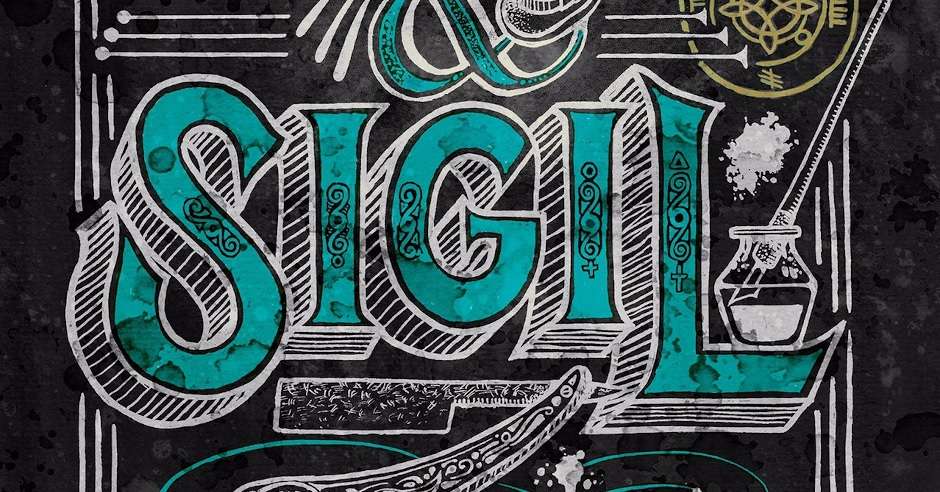 Kevin Hearne kicks off his latest series with the impressive Ink & Sigil; an urban fantasy set in modern-day Glasgow. Although taking place in the same world as his Iron Druid Chronicles, there is no prerequisite reading needed in order to enjoy this entertaining adventure.

Al MacBharrais is an accomplished Sigil Agent; a magical policeman of sorts, charged with protecting his part of the world from miscreant supernatural creatures and wayward deities. Although MacBharrais is able to perform sorcerous feats using powerful sigils, he is afflicted by a mysterious and incurable curse which causes anyone hearing him speak for too long to eventually despise him. Al’s efforts to discover the source of the curse must be put on hold when his apprentice, Gordie, dies by sudden accident; the seventh of his pupils to suffer such a fate. In investigating Gordie’s death, MacBharrais discovers that his former protégé had been leading a secret double life of occult crime right beneath his nose. Al must now put right the wrongs of Gordie’s misdeeds while avoiding the actual police detectives who have grown suspicious of the many deaths that follow in his wake.

Hearne gleefully blends off-beat humour with captivating action, showcasing an ensemble of memorable rogues and gods, armed with sharply crafted dialogue and standout characterization. Despite significant world-building, overt exposition is ably sidestepped by leveraging well-travelled mythology to fill in the gaps, and this aspect of the narration surely benefits from groundwork laid in the preceding series. While I can’t exactly recall being awed by the construction of any particular piece of prose, this was one of those novels in which the medium seemed to melt away under the engrossment of the story, and I was readily swept off into imagination, thanks to the proficient and well-paced delivery.

In reading comments on this book from other readers, I have seen it asked if this novel is ‘woke’ in the negative sense (apparently a comment on Hearne’s earlier works), as in: does some contained social commentary detract from the story? Absolutely not. In fact, I thoroughly commend the author for providing valuable attention to tragic social issues – such as human trafficking – while actually using it as a device to enhance the realism of the plot rather than distract from it.

If forced to nitpick, I would say that the work could have benefitted from more deeply defined villains. While there were many memorable antagonists, none of them quite held my attention long enough to create any significant emotional response, though clearly, seeds have been planted to bear such fruit in future books of the series. Additionally, I do recall a couple of occasions wherein my immersion was jarred by the protagonist’s inner monologue; specifically, it felt incongruent for a sexagenarian to use modern lingo – such as gaming metaphors – to aid description, though perhaps this simply reveals an age bias in my own way of thinking.

Regardless, Ink & Sigil was easily one of the more enjoyable urban fantasy novels I have ever read and I absolutely blasted through it in a couple of sittings. Fans of Peter McLean’s The Burned Man series and Jim Butcher’s Dresden Files will love the writing style and setting, while those new to the genre could hardly choose a better starting point. Not only would I heartily recommend picking up a copy, I fully intend to check out The Iron Druid Chronicles at length while I wait for the sequel to Ink & Sigil.