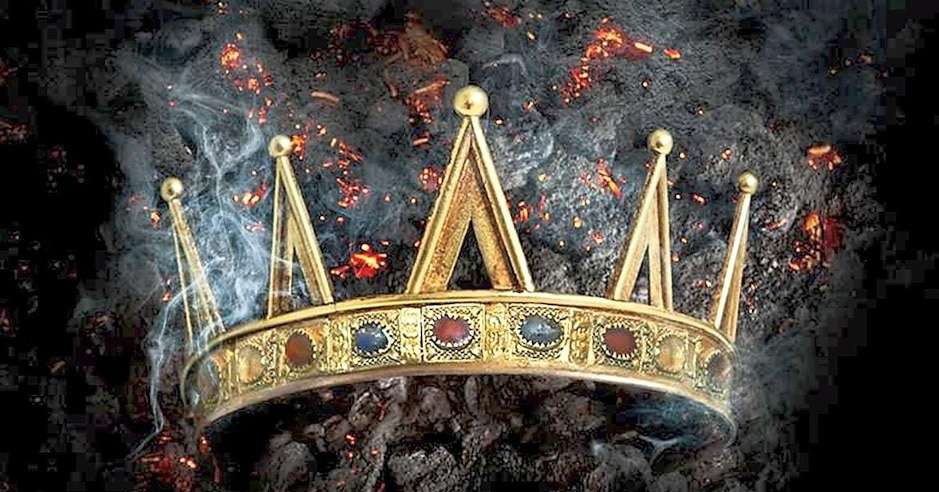 Few authors have had the effect that Raymond Feist has had on the fantasy genre. He is as synonymous with grand fantasy novels as Stephen King is with horror. As of right now, Feist has written 30+ books, most notably the Riftwar Cycle. A collection of fantasy stories that revolve around the world of Midkemia and Kelewan. However, Feist’s newest series, The Firemane Saga beginning with King of Ashes, has the potential to be as widespread and loved as the Riftwar Cycle.

“The queen had a late child, yes . . . ,” said Daylon. He let out a long sigh. “Most likely it died during the taking of the villa. They threw babies from the cliffs to the rocks when the household was slaughtered. Perhaps he was one.” 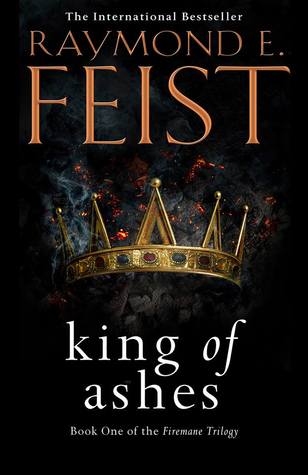 King of Ashes details the fall of the Ithrace kingdom through great treachery. For more than a century, the five nations worked in partnership with each other to build a world of great prosperity. This is especially true of the Ithrace kingdom. They are known for the beauty of the land and a love of the arts and wealth that far exceeds the other four kingdoms. It indeed was a magnificent kingdom of milk and honey. The King of Ashes begins with a prologue after the great betrayal, and Ithrace is burning to the ground. The King of Ithrace, Steveren Langene, and his entire family are brought onto a stage and unceremoniously have their throats cut. The aim was to destroy every Firemane member and eradicate the family line.

But they missed one… and this is how a great fantasy story begins.

“So he had betrayed a man he loved like a brother to spare his people future ravages. As the priests of the One God would say, Daylon had made his pact with the Dark One; he had sold his soul.”

The last Firemane child, a baby, is spirited away from the burning city under cover of darkness to the land of the island nation of Coaltachin. Coaltachin, a secret people specialing in spying, thieving, and information gathering, is taking custody of the child until the child turns 17. From there, the Baron Daylon Dumarch will take back the child and explain to him his lineage if all goes to plan.

King of Ashes officially begins 16 years after the betrayal of Ithrace with the perspective of 16-year-old Hatu. There are a variety of viewpoints given in the story. This adds a certain roundness to the narrative and the ability to take in new perspectives. However, the majority of the viewpoints are from Hatu, Declan, and Hava. At this point, Hatu and Hava are dear friends and students at Coaltachin. At the same time, Declan is a journeyman smith finishing off his first masterpiece to claim Master smith in another town. Hatu, as a character, is young, impulsive, and angry. Although he has, through necessity, figured out ways to calm the ever-present anger that boils inside of him, it still is there. Declan is in a lot of ways, the opposite of Hatu. Where Hatu is impulsive, Declan is steadfast. Where Hatu burns hot, Declan cools down to ice. It is ironic in the case of Declan when his life is on the line, and he must battle, he boils his mind down to a single point of action. He is ruthless, cold, and efficient. Both of the characters’ lives slowly spin and swirl towards each other.

“He was content to rise or fall on his own ability, but when he failed due to lack of information, Hatu flew into a rage—often at himself for not acquiring the knowledge, or at others for not providing it. Unreliable information was what he hated most.”

The world-building of King of Ashes is thoughtful, expansive, and detailed. A well thought out world is Feist’s wheelhouse. Although his stories tend to be character-based, Feist gives the perfect amount of detail to his worlds so that the reader can get a clear picture in their head. Any missing information can be filled in by imagination. The characters are highly detailed, and the dialog does not ever have a forced or static feel to it—the bane of many fantasy books. Feist’s characters tend to speak like humans and have human reactions. Honestly, Raymond Feist is a master at this kind of fantasy. You would think that a lost child destined to save the world, might be a little tropey. In any other hands, it probably would be. But this is Feist, and he could write a phone book and have it be engaging.

“Declan said, “One last thing, my lord.” “Yes?” said Daylon, turning to Declan. “My master said that I needed to see you to honor his pledge.” “Who was your master?” “Edvalt Tasman.” Daylon looked at his half brother, who raised an eyebrow and gave him a short nod. Daylon was silent for a moment, then said, “He was as gifted a smith as I’ve ever known. I made him promise he’d send me his best apprentice. So, that would be you?” “He judged me fit to be named master,” said Declan. “I was an orphan and he was like a father to me, and so because of that, I honor his pledge to you, my lord.” Daylon was again silent, then he said, “You tell me this more from duty than from any desire to seek service.” “Truth to tell, my lord, I promised him I would do this, but my ambition is to set up my own forge and be my own man.”

Pacing-wise, this book is a slower burn. It balances giving enough information to the reader while keeping the pace moving. This isn’t easy in the first book of a series. Feist does this generally very well. But at points, in the story the pacing lags a bit, especially in the beginning. I want to get to know these characters; I want more from them. But Feist teases the readers with glimpses. One of the most interesting and I would think pivotal figures later on in the series is Baron Daylon Dumarch and his brother. The interactions these two have coupled with the political climate, and the Baron’s everpresent guilt made me want to skip to his sections. His pain is almost palpable. “I seek only not to despise the man I see in the mirror,” said the Baron of Marquensas.” He betrayed his best friend and will spend what is left of his life atoning for it.

One of the other aspects of the book I particularly enjoyed is the magical system. Many fantasy books use magic as a sort of Deus ex Machinea. It can do anything, save anyone. King of Ashes is much more subtle. There is magic in this world, but its extent and how it works is not